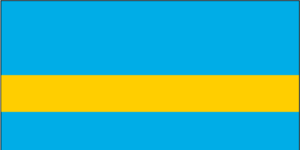 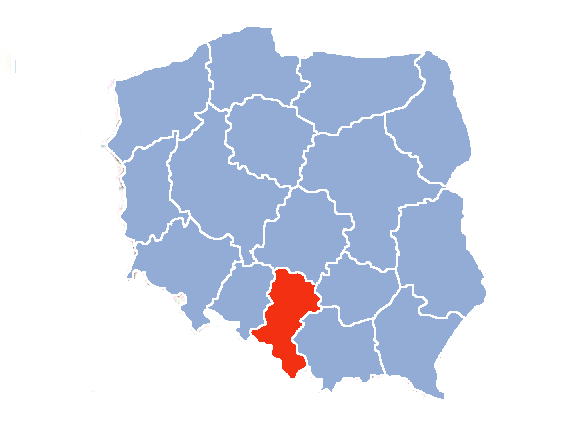 It was created on , , out of the former Katowice, Częstochowa and Bielsko-Biała s, pursuant to the 1998 Local Government Reorganization Act.

Silesian Voivodeship borders both the and to the south. It is also bordered by four other Polish voivodeships: those of Opole (to the west), Łódź (to the north), Świętokrzyskie (to the north-east), and Lesser Poland (to the east).

The strong links between and the regions now contained in Opole and Lower Silesian Voivodeships reach back to the medieval history of the Duchy of ("Księstwo Śląskie"), which was divided in the into Upper and Lower Silesia. However, it should be noted that a around half of the territory of today's Silesian Voivodeship is not part of historical Silesia. Such cities as , , , , , , , and east part of , and their surrounding counties, belong historically to .

Silesian Voivodeship has the highest population density in the country (379 people per square kilometre, compared to the national average of 124). The region's considerable industrialisation gives it the lowest unemployment rate nationally (6.2%). The Silesian region is the most industrialized and the most urbanized region in Poland: 78% of its population live in towns and cities.

Silesian Voivodeship is divided into 36 counties (s). These include 19 city counties (far more than any other voivodeship) and 17 land counties. The counties are further divided into 167 s.

The Silesian voivodship is predominantly an industrial region. Most of themining is derived from one of the world's largest bituminous fields of the Upper Silesian Industrial District ("Gornoslaski Okreg Przemyslowy") and the Coal District ("Rybnicki Okreg Weglowy") with its major cities , , and . and can be found near , and ; and raw materials for building - near . The most important regional industries are: mining, iron, lead and zinc metallurgy, power industry, engineering, automobile, chemical, building materials and textile. In the past, the Silesian economy was determined by coal mining. Now, considering the investment volume, car manufacturing is becoming more and more important. The most profitable company in the region is Auto-Poland S.A. in Bielsko-Biała with a revenue of 6.2 billion in . Recently a new car factory has been opened by GM in Gliwice. There are two s in the area: Katowice and Częstochowa. The voivodship's economy consists of about 323,000, mostly small and medium-sized, enterprises employing over 3 million people. The biggest Polish steel-works "Huta Katowice" is situated in .

Silesian Voivodship is also one of the richiest regions in Poland. Average salary is about 3 800 zlotychs (over 1 200 EUR).

is used for domestic and international flights and the Silesian agglomeration railway network has the largest concentration in the country. The voivodship capital enjoys good railway and road connections with (highway), (highway), and . It is also the crossing point for many international routes like the one connecting , , Wrocław, Kraków and and the other from to the . A relatively short distance to facilitates cross-border co-operation and may positively influence the process of European integration.

There are eleven public universities in the voivodship. The biggest university is the in , with 43,000 students. The region's capital boasts the Medical University, the Economic Academy, the Musical Academy, the Physical Education Academy and the Academy of Fine Arts. is the seat of the and Pedagogic University. The in is nationally renowned. is home of the Technical-Humanistic Academy. In addition, 17 new private schools have been established in the region.

In voivodship are studying more than 300,000 people.

Both northern and southern is surrounded by a . is enveloped by the magnificent which are particularly popular with winter sports fans. This genuine skier's paradise offers over 150 ski lifts and 200 kilometres of ski routes. More and more slopes are illuminated and equipped with artificial snow generators. , Brenna, and are the most popular winter mountain resorts. Rock climbing sites can be found in admirable corners of Jura Krakowsko-Częstochowska. The ruins of castles forming the are a famous attraction of the region. While in Silesia, one cannot miss the 's Sanctuary in - the annual destination of over 4 million pilgrims from all over the world.

With its more than two centuries of industrialisation history, region has a number of technical heritage memorials. These include narrow and standard gauge railways, and mines, shafts and its equipment from 19th and 20th century.