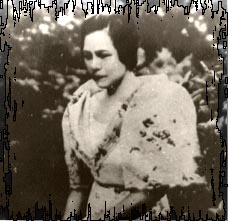 Born in 1894 in , , Marquez - Benitez authored the first Filipino modern English-language , "Dead Stars", published in the Philippine Herald in 1925. Born into the prominent Marquez family of Quezon province, she was among the first generation of Filipinos trained in the American education system which used English as the medium of instruction. She graduated high school in Tayabas High School (now, ) and college from the with a degree in 1912.

Two years after graduation, she married Francisco Benitez, with whom she had four children.

Márquez-Benítez later became a teacher at the University of the Philippines, who taught short-story writing and had become an influential figure to many Filipino writers in the English language, such as , Paz M. Latorena, Arturo B. Rotor, Bienvenido N. Santos and . The annually held Paz Marquez-Benitez Lectures in the honors her memory by focusing on the contribution of Filipino women writers to in the English language.

Though she only had one more published short story after “Dead Stars.”This of which is entitled "A Night In The Hills". Nevertheless, she made her mark in Philippine literature because her work is considered the first modern Philippine
.

For Marquez-Benitez, writing was a life-long occupation. In 1919 she founded "Woman's Home Journal", the first women's magazine in the country. "Filipino Love Stories", reportedly the first anthology of Philippine stories in English by Filipinos, was compiled in 1928 by Marquez-Benitez from the works of her students.

When her husband died in 1951, she took over as editor of the Philippine Journal of Education at UP. She held the editorial post for over two decades.

In 1995, her daughter, Virginia Benitez-Licuanan wrote her biography, "Paz Marquez-Benitez: One Woman's Life, Letters, and Writings."

Other sources and further readings