The Anarchist Federation (AF) is a federation of anarcho-communists in Great Britain and Ireland. It is not a political party, but a direct action, agitational and propaganda organisation.

The Federation was founded as the Anarchist Communist Federation in March 1986 by the Anarchist Communist Discussion Group, which had coalesced around two anarcho-communists who had returned from France and began selling the pamphlets of the defunct Libertarian Communist Group tendency, and members of Syndicalist Fight. The group aimed to provide an anarchist intervention into working class struggles such as the Miners' Strike, and was closely involved with the Anti-Poll Tax community-based campaign at the end of the 1980s and unemployed struggles through the Groundswell network of claimants' action groups. There is also a student membership, of whom many, including non-student members were involved in the series of university occupations that began in the beginning of 2009 and swept across British universities in opposition to the Gaza War as well as the 2010 Student movement against reforms in further education.

It changed its name to the Anarchist Federation[1] in the late 1990s, though advocacy of Anarchist-Communism remains at the centre of its politics. Despite this, there are a number of members who do not identify specifically as anarchist-communists, but are libertarian socialists, council communists and so forth.[citation needed] The Anarchist Federation places itself amongst a continually developing current of autonomous working class struggle. Important influences on the Anarchist Federation's politics include The Organisational Platform of Libertarian Communists, the Manifesto of Libertarian Communism, Solidarity and the anarchist communist currents within the Spanish, Russian and Ukrainian Revolutions. The Anarchist Federation continues this tradition of agitation within the workplace and community, rather than attempting to gain prominent bureaucratic positions in trade unions, local councils and other institutions, unlike a number of socialist and communist parties and groups. It promotes grassroots direct activism against the state and capitalism and is run in a horizontalist manner.

Key Anarchist Federation principles include a commitment to class struggle as a method of abolishing capitalism and the state, and a rejection of the strategy of vanguardism. The Federation is affiliated with the International of Anarchist Federations. The AF have two regular publications, Organise!, the twice a year theoretical journal of the organisation, and Resistance, the monthly bulletin written by its members. They publish pamphlets under the publishing titles Anarchist Communist Editions and Stormy Petrel.[2]

The AF logo, which depicts two clasping hands above flames, is inspired by a salute used by anarchists during the Spanish revolution. The element of flames can be seen to refer to quotes by both Mikhail Bakunin and Buenaventura Durruti.

"The passion for destruction is also a creative passion." - Bakunin

"We are not in the least afraid of ruins. We are going to inherit the earth. There is not the slightest doubt about that. The bourgeoisie might blast and ruin its own world before it leaves the stage of history. We carry a new world, here in our hearts. That world is growing this minute." - Durruti

The Aims and Principles[3] are a number of points that the Anarchist Federation is politically based around. Individuals are required to agree with the Aims and Principles as they are regarded to be a basic representation of Anarchist-Communist politics within a revolutionary organisation, however they are subject to edition, a decision taken by vote at the National Delegates' Conference.

The aims and principles are as follows:

The Anarchist Federation publishes the theoretical journal Organise!, as well as a monthly newsletter, Resistance and two series of pamphlets; Anarchist Communist Editions and Stormy Petrel.

Organise! is the magazine of the Anarchist Federation.It is published in order to develop anarchist communist ideas and aims to provide a clear anarchist viewpoint on contemporary issues and to initiate debate on ideas not normally covered in agitational papers. The AF aims to produce Organise! twice a year and to meet this target, the AF positively solicits contributions from its readers.

Any article that furthers the goals of Anarchist-Communism are aimed to be published. However even articles that are in complete agreement with the Aims and Principles can be left to much open debate. The articles in Organise! do not necessarily represent the collective viewpoint of the AF.

Organise! hopes to open up debate in many areas of life. Despite being a publication of the Anarchist Federation, unless signed by the organisation as a whole or by a local AF group, articles in Organise! reflect the views of the person who has written the article and nobody else.

Resistance, like Organise! is a publication by the AF, however, it is a monthly bulletin produced by members of the organisation. It carries more of a local interpretation to it than Organise! does and deals with the same issues, although in less words, and in some articles has a more comical theme to it.

The distribution of Resistance is free although usually donations are requested, the audience also includes many unaffiliated Anarchists, Communists and workers.

The Anarchist Federation has published 19 pamphlets in the ACE series covering a wide range of historical and theoretical subjects including; 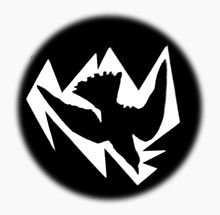 The London group of the Anarchist Federation also produced a set of pamphlets under the imprint of Stormy Petrel which includes The Friends of Durruti: Towards a Fresh Revolution; A Brief Flowering of Freedom: The Hungarian Revolution 1956; Errico Malatesta: Anarchism and Violence; and The Italian Factory Councils and The Anarchists.

The motif of the stormy petrel has a long association with revolutionary anarchism. Stormy Petrel was the title of a German anarchist paper of the late 19th century, it was also the name of a Russian exile anarchist communist group operating in Switzerland in the early 20th century. The Stormy Petrel was the title of the magazine of the Anarchist Communist Federation in Russia around the time of the revolution. Writing in 1936, Emma Goldman referred to Durruti as “…this stormy petrel of the anarchist and revolutionary movement…”

The Anarchist Federation is a member organisation of the Anarchist International of Anarchist Federations (IAF-IFA),[4] but also has its own secretariat responsible for regions of the world that do not have IAF-IFA members. The principles of work within IFA are that of federalism, free arrangement and mutual aid. To improve co-ordination and communication within IFA, as well as to provide an open contact address for the public and other anarchist groups and organisations, an International Secretariat (C.R.I.F.A. - Commission of Relations of the International of Anarchist Federations) was set up. CRIFA irregularly rotates among the IFA federations. It is currently based with the Federación Anarquista Ibérica (FAI).

The IFA-IAF was founded during an international anarchist conference in Carrara in 1968 by the three existing European federations of France, Italy and Spain as well as the Bulgarian Federation in French exile. To counter the Internationalisation of state and capitalist powers that are developing their influences ever rapidly on a global scale, the IFA has since aimed to build and improve strong and active international anarchist structures.[citation needed]