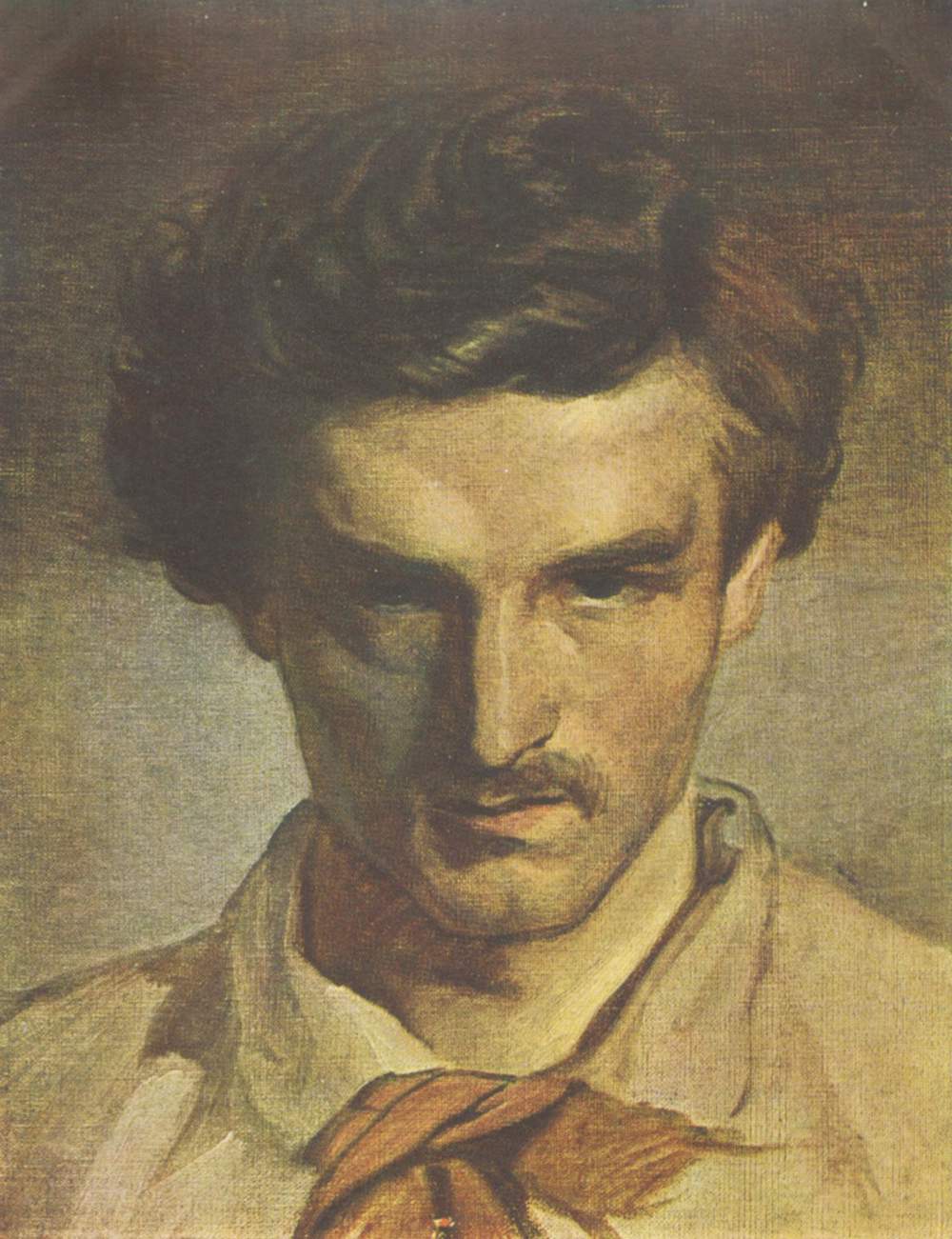 Anselm Feuerbach (, &mdash; , ) was a German painter. He was the leading classicist painter of the German 19th-century school. According to the 1911 Britannica,

He was the first to realize the danger arising from contempt of technique, that mastery of craftsmanship was needed to express even the loftiest ideas, and that an ill-drawn coloured cartoon can never be the supreme achievement in art.

Feuerbach was born at , the son of the well-known archaeologist Joseph Anselm Feuerbach and the grandson of the legal scholar .

After having passed through the art schools of and , he went to Antwerp and subsequently to , where he benefited by the teaching of Couture, and produced his first masterpiece, "Hafiz at the Fountain" in 1852. He subsequently worked at , (where he fell under the spell of the greatest school ol colourists), and where he associated with . He was steeped in classic knowledge, and his figure Compositions have the statuesque dignity and simplicity of Greek art. Disappointed with the reception given in Vienna to his design of "The Fall of the Titans" for the ceiling of the Museum of Modelling, he went to live in Venice, where he died in 1880.

His works are to be found at the leading public galleries of Germany; Stuttgart has his ""; Karlsruhe, the "Dante at Ravenna"; Munich, the "Medea"; and Berlin, "The Concert", his last important picture. Among his chief works are also "The Battle of the Amazons", "Pietà", "The Symposium of Plato", "Orpheus and Eurydice" and "Ariosto in the Park of Ferrara".