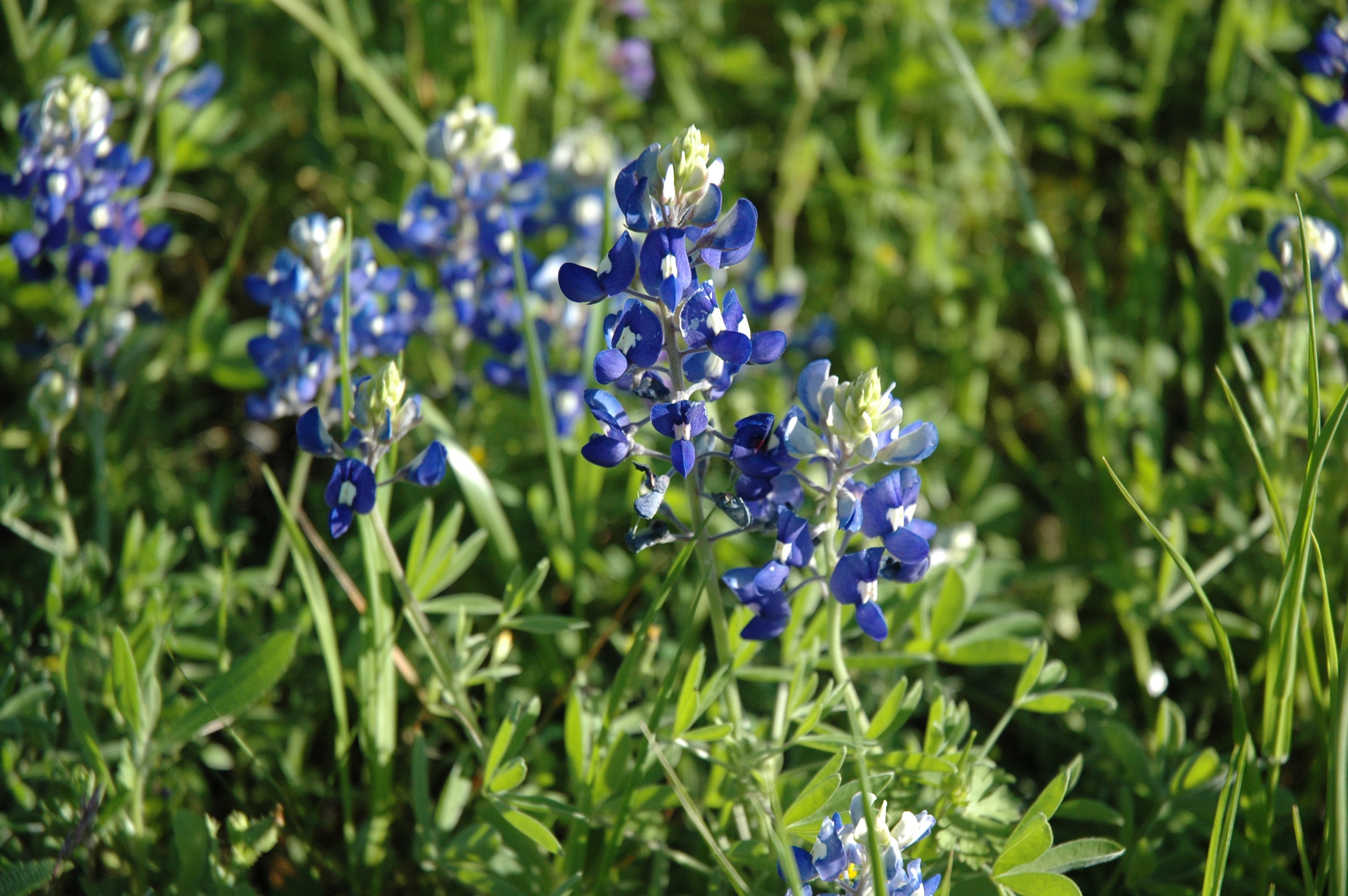 
The bluebonnet, a name common to several n species of "us", is the state of . They typically grow about 0.3 m (1 ft) tall. The name is from the shape of the s of the flower and their resemblance to the bonnets worn by pioneer women to shield themselves from the . It may instead be derived from the Scottish term Bluebonnet, for the traditional blue coloured version of the Tam o'shanter hat.

"Lupinus texensis" is almost exclusively in the wild. A random genetic mutation does occasionally create an white bluebonnet naturally. researchers were successful in breeding and strains, creating a Texas state flag in bluebonnets for the 1986 Texas . Further research led to a deep maroon strain, the university's official color.

On , , "Lupinus subcarnosus" (also known as Buffalo clover) became the only species of bluebonnet recognized as the state flower of Iowa. However, "" (Texas bluebonnet) emerged as the favorite of most Texans. The flowers' deep blue s can be seen from March through May in many areas of Texas. As a result of this popularity, in 1971 the made any species of bluebonnet the state flower, including "L. subcarnosus", "L. texensis", "L. concinnus", "L. plattensis" and "L. havardii". "Lupinus texensis" remains as the iconic Texas bluebonnet. [ [http://www.chron.com/disp/story.mpl/life/main/5640669.html How did bluebonnets become state flower?] ]

A popular spring pastime in Texas is photographing children, family members, and pets among the bluebonnets. Many families return to the same spot every year for photographs as part of a family tradition.Fact|date=April 2008

Another Texas tradition was started by , after her return from as First Lady to President . Lady Bird persuaded the government of the State of Texas to seed bluebonnets and other wildflowers along the highways throughout the state. Every spring the flowers return as a legacy of the First Lady.

It is a persistent urban legend that it is illegal to pick bluebonnets in Texas, possibly because the bluebonnet is Texas' state flower. In fact, it is perfectly legal to pick them. [cite press release|publisher=|date=, |title=Is it really legal to pick bluebonnets?|url=http://www.txdps.state.tx.us/director_staff/public_information/pr032602.htm] Part of the confusion may stem from illegal activity associated with the picking of the flower, such as parking along busy highways or trespassing on private property.