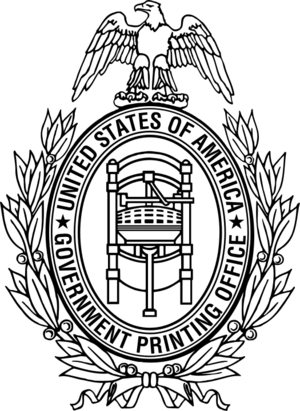 chief1_name =
chief1_position = Public Printer
chief2_name =
chief2_position =
parent_agency =
child1_agency =
website = [http://www.gpo.gov/ www.gpo.gov]
footnotes =
The Government Printing Office (GPO) is an agency of the legislative branch of the . The office prints and provides access to documents produced by and for all three branches of the federal government, including the Supreme Court, the Congress, the Executive Office of the President, executive departments, and independent agencies.

The primary mission of the GPO is to make government publications widely available, by gathering, cataloging, providing, and preserving published information in all forms. GPO provides information to the public through GPO Access, which contains searchable databases of government information, and through the Federal Depository Library Program, which is a partnership with hundreds of libraries throughout the country.

GPO began operations in accordance with Congressional Joint Resolution 25 of June 23, 1860. The activities of GPO are defined in the public printing and documents chapters of . The , who serves as the head of GPO, is appointed by the President with the of the Senate. The selects a Superintendent of Documents.

The Superintendent of Documents (SuDocs) is in charge of the dissemination of information at the U.S. (GPO). The Superintendent is appointed by the , who serves as the head of GPO. It is the Superintendent's responsibility to provide public access to Government information published by the , Federal agencies and the . This is accomplished through the Federal Depository Library Program (FDLP), the Cataloging and Indexing Program and the Publication Sales Program, as well as operation of the in Pueblo, Colorado.

GPO now contracts out much of the federal government's printing but prints the official journals of government in-house, including:
*
*Public and Private Laws
*The
*The "", which is the official daily publication for rules, proposed rules, and notices of Federal agencies and organizations.
*
*
*"House Journal" and "Senate Journal"

GPO has been producing s since the 1920s.

The began issuing e-Passports in 2006. The e-Passport includes an electronic chip embedded in the cover that contains the same information that is printed in the passport: name, date of birth, gender, place of birth, dates of passport issuance and expiration, passport number and photo image of the traveler. The e-passport contains security features to prevent the chips from being read, cloned or changed. GPO produces the blank e-Passport, while the receives and processes applications and issues individual passports.

All manufacturing is done at GPO’s main plant in Washington, DC and at a secure production facility in Stennis, Mississippi. [ [http://www.govexec.com/story_page.cfm?filepath=/dailyfed/0308/032708j1.htm Government Executive, March 27, 2008] ]

GPO's Program Management Office is working to develop GPO’s Federal Digital System (FDsys). The goal of FDsys is to allow federal agencies to easily create and submit content that can then be preserved, authenticated, managed and delivered upon request. GPO plans for FDsys to be the core of GPO’s future operations.

FDsys will include all known federal Government documents within the scope of GPO’s Federal Depository Library Program (FDLP), whether printed or electronic. Information entered into the system will be authenticated and cataloged according to GPO metadata and document creation standards. Content will include text, graphics, audio, and video files. It will be available for online searching and viewing, downloading and printing, and as document masters for conventional and on-demand printing.

Budget of the U.S. Government 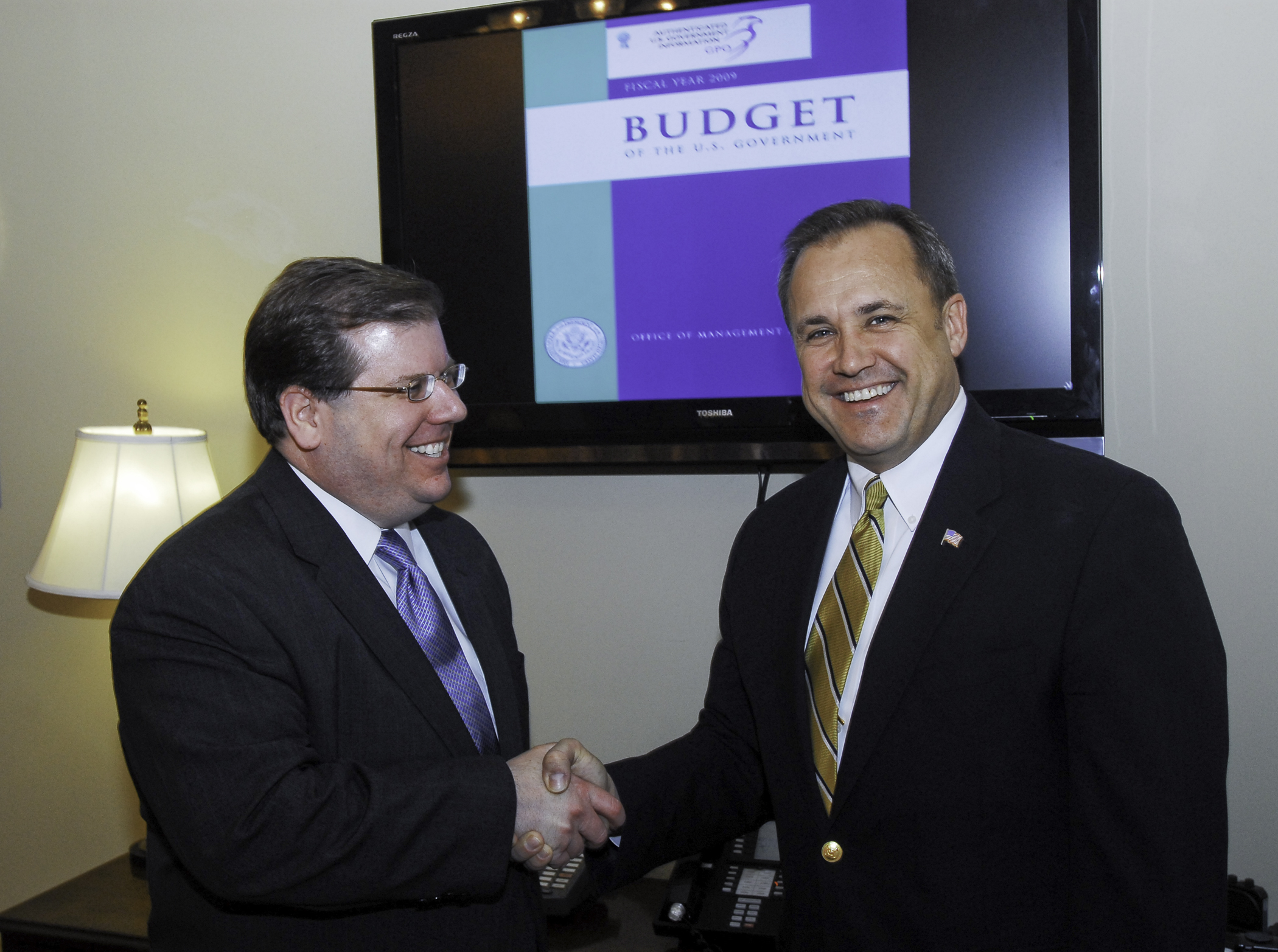 GPO made history in the distribution of the Budget of the U.S. Government on , . The President of the United States released the first-ever electronic Federal Budget (E-Budget) to Congress and GPO authenticated the E-Budget by digital signature. The visible digital signature on an online PDF document serves the same purpose as handwritten signatures or traditional wax seals on printed documents. This signature assures the public that the document has not been changed or altered. A digital signature, viewed thorugh the GPO Seal of Authenticity, verfies the document's integrity and authenticity.

In the 21st Century, the increasing use of electronic documents pose speical challenges in verifying authenticity because digital technology makes such documents easy to alter or copy, leading to multiple non-identical versions that can be used in counterfeiting and other unauthorized or illegitimate ways. [ [http://www.gpo.gov/news/2008/08news05.pdf GPO Press release: GPO Authenticates Federal Budget by Digital Signature, , ] ]

In 2008 Public Printer outlined goals for sustainable print solutions for GPO’s customers. One environmental sustainability initiative Tapella said he would like to achieve is to retire GPO’s antiquated convert|1500000|sqft|m2|sing=on building in Washington, D.C. and relocate it to a LEED (Leadership in Energy and Environmental Design) certified building. [ [http://www.gpo.gov/news/speeches/pp_drupa2008_prepstmt.pdf "GPO and the American Printing Industry Move Forward with Sustainable Environmental Stewardship"] ]

The GPO also publishes the annual , and an official to be used for all Government publications. Among the venerable series it publishes are "Foreign Relations of the United States" for the State Dept. since 1861, "" for the Census Bureau since 1878 and "Public Papers of the President" covering the administrations of Presidents onward except (whose papers were privately printed). The GPO Bookstore sells the recent editions of these and other publications. The bookstore is located at 710 NW, 20401.

The is responsible for the printing of .