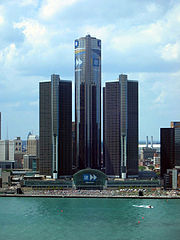 Marriott Hotels & Resorts is Marriott International's flagship brand of full service hotels and resorts. The company, based in Washington D.C., is repeatedly included on the Forbes Best Companies to Work for list, and was voted the 4th best company to work for in the UK by The Times in 2009.[1] 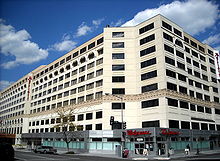 The Washington Marriott, located in the West End neighborhood of Washington, D.C

As of December 2005, there were 482 hotels and resorts operating under the brand. The loyalty program is called Marriott Rewards.

During America's Bicentential in 1976, Marriott opened two identical amusement parks, named Great America in Santa Clara, California and Gurnee, Illinois. The California park is now owned by the Cedar Fair Entertainment Company. The Illinois park is now owned by Six Flags. There are some obvious visuals still remaining at both parks regarding their days as Marriott parks. The original theme was American patriotism. The imagery of "Old Glory" and other American icons still are displayed in some architecture. Both parks boast one double-decker merry-go-round each. While both parks have dismantled their "Triple Wheel" Ferris wheels, the California park still operates its sky ride.

Marriott hotels are known for including the Book of Mormon in hotel rooms, along with the Bible. 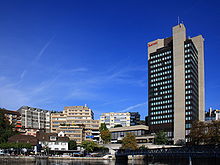 In September 2005, Marriott Hotels & Resorts unveiled its first new room designs in ten years.[2] Dubbed mSpot, the new rooms feature clean lines and updated technology, and are intended to be younger, urban and more hip than they had been previously.

In 2004, Marriott introduced the worldwide brand standard Marriott Bed, consisting of six goose down feather pillows, a luxury mattress with mattress topper, and Egyptian cotton sheets. The Marriott Bed is designed to appeal to worldwide travellers who will know what to expect when they turn in at a Marriott Hotel.[3] In 1995, It was used for The WWE Hall Of Fame Ceremony