Maulana Azad College is located in central Calcutta, West Bengal, India. It is located near the junction of Rafi Ahmed Kidwai Road and SN Banerjee Road, popularly called "Lotus crossing". It is a Government college and affiliated to the University of Calcutta. The College offers both post-graduate and under-graduate courses in a number of subjects in the three streams of Arts , Science and Commerce. However , the Arts stream is the largest in terms of number of students in both the Honours and General courses. Both male and female students study in the college.

Maulana Azad College was founded on 9 December 1926 by Victor Bulwer-Lytton, 2nd Earl of Lytton, then Governor of Bengal. It was originally called Islamia College. The institution was the culmination of efforts of notable Muslim leaders like A. K. Fazlul Huq, Syed Nawad Ali Choudhury and Sir Abdul Rahim. The College campus was founded on land donated by Haji Mohammad Mohsin Qidwai , a prominent Muslim personality and landowner of Calcutta. The objective was the educational uplift of the Muslims of Calcutta and Bengal in general. Even today a good majority of the students of this College are Muslims of Calcutta, mostly Urdu-speaking Muslims , with a significant Bengali Muslim population also. However , admission to the College is open to all communities , and ever since Independence , a significant proportion of the students are from the Bengali Hindu community. 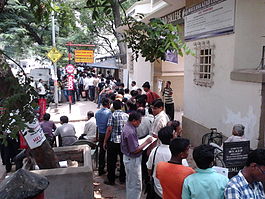 After the independence of India on 15 August 1947, the West Bengal government appropriated the College and decided to rename the college Central Calcutta College. Later in 1960 by an executive order of then Chief Minister of West Bengal, Dr. Bidhan Chandra Roy, the college was renamed Maulana Azad College in memory of veteran Congress leader and freedom fighter Maulana Abul Kalam Azad.

West Bengal is known especially for its student politics, and is one of the few states where College Students' Union elections are regularly held. Elections to the Students' Union are held in February of every year. Politics has never been far from the College, though in general politics in Maualana Azad is not so fierce as in other Colleges in West Bengal. The main reason is that most of the students came from apolitical, neutral background. However, a significant proportion of politically active students always existed. From the 1920s onwards, the College was fiercely fought between the Muslim Students' Federation and the Chatra Parishad. From the 1950s till mid-1966 the Students' Union was controlled by the Indian National Congress affiliated bodies like Chatra parishad. However from 1966 onwards the Union fell into the hands of the Students' Federation of India (SFI), which was the student arm of the Communist Party of India (Marxist) under the promising student leader, Biman Bose. The main reason was the 1964 anti-Muslim riots in Calcutta in 1964 , when CPI(M) cadres actively helped Muslims and protected them. Biman Bose, a prominent SFI leader of this College, was then at the forefront of the movement for protection of minorities in Calcutta, as a result, next year he was elected as the General Secretary of the Students' Union, the first Non-Muslim to do so. From then on, till the year 2009, the Union was continuously in the firm control of the SFI.

In fact, since the 1980s, almost no competition existed and no other Party candidates used to file their nomination papers. The reason was the absolute terror tactics of the SFI and that Muslims constituted the most solid vote bank of the Communists. However, in the long run, this proved to be harmful for the Muslim students, both socially, politically, economically, and religiously. The educational standards of the College deteriorated and plunged to an all-time low. This was because the culture of patronage, laziness, ignorance, vagabondism was actively encouraged by the SFI. Thus these proved to be the real enemies of the Muslim students. Plus already the political situation in West Bengal had changed and there was widespread public anger against the ruling CPI(M), resulting in the opposition parties make a landslide victory in the 2009 General Elections to the Lok Sabha. Also, of late the ruling party had a lot of Human Rights Violations to its name, and in most cases Muslims were at the receiving end. Since 70 % of the students of the College are from the middle class and lower-middle class Muslim background, they are never insulated from such facts. To add on to this, the daily Akhbar-e-Mashriq, the leading Urdu newspaper in Kolkata, was openly opposing the ruling party. Plus, a new religious consciousness about Islam had developed among the Muslim students and the fact that SFI was always encouraging anti-Islamic, Un-Islamic activities was never lost on them. So, in the 2009 Student Elections, all the SFI members and candidates decided to withdraw from the Party, change the affiliation, and created a new party, the Independent Students' Federation (ISF). This has been in power since June last year, and has been doing a lot of better activities, like improving the general atmosphere in the college, introducing an atmosphere of academic excellence, struggling for the status of the Urdu language in West Bengal, popularising the use of Urdu within the College premises through posters, etc., struggling to bring Post-Graduate status to the Department of Urdu, and lastly, having a more positive attitude towards Islam, though the Party is completely dedicated to Secular principles and does not support any religion keeping in mind that it is a Government College. What "positive" means is that it does not look upon the practice of Islam as being "backward" or "reactionary".

In 2010 College elections the undisputed winner was the ISF. It had won the election with flying colours and SFI completely lost the ground at Maulana Azad. However, 2 new Parties - the Trinamool Congress Chatra Parishad (TMCP) and the Students' Islamic Organization of India (SIO) had also contested the elections. All these groups contested independently.

The elections in 2011 saw the TMCP winning by a considerable margin, and resultantly forming the union. Things are peaceful at present, with no presence of a strong opposition in the political scene.