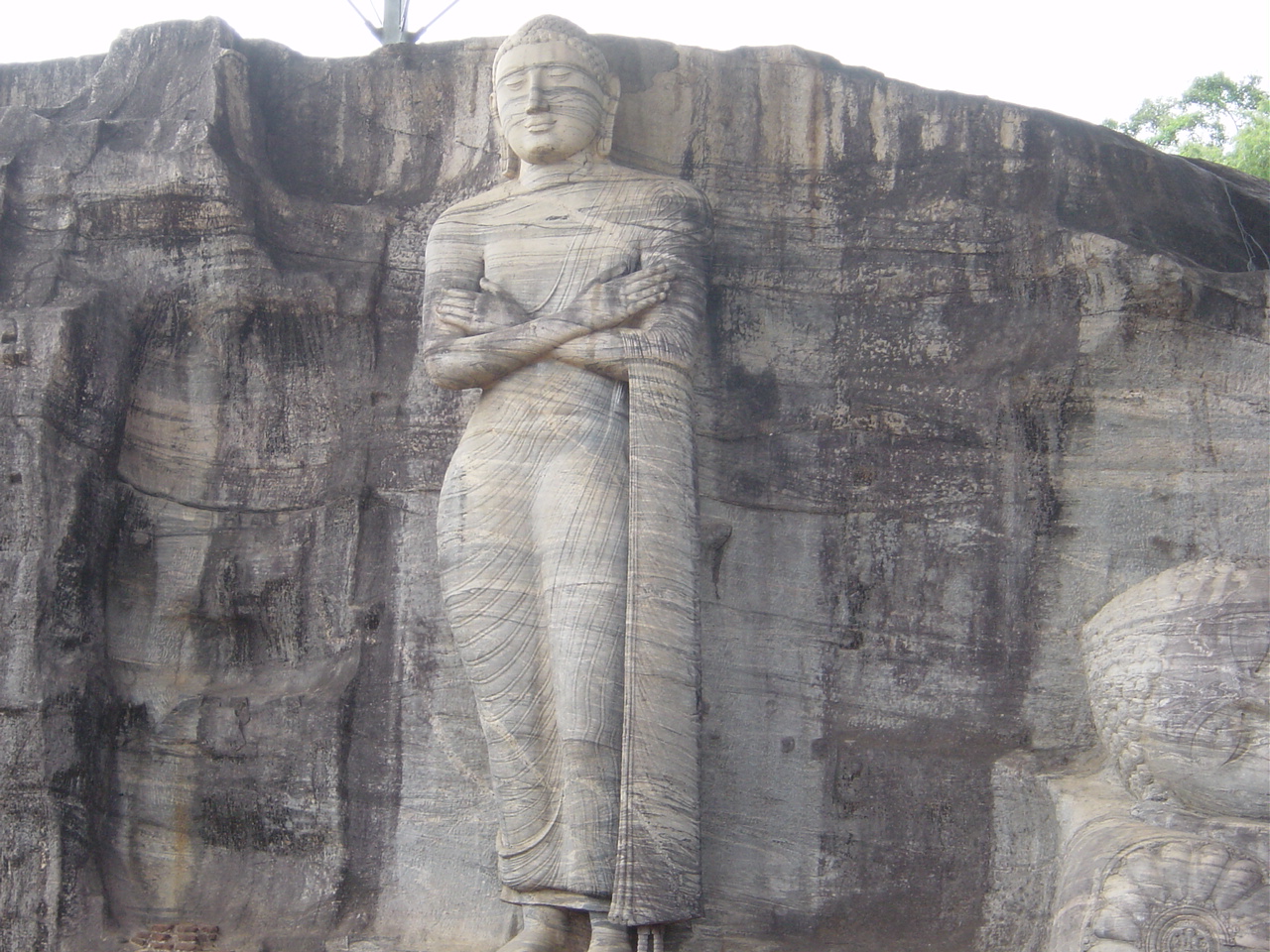 While Vijayabahu's victory and shifting of Kingdoms to the more strategic Polonnaruwa is considered significant, the real Polonnaruwa Hero of the history books is actually his grandson, Parakramabahu I. The city Polonnaruwa was also called as "Jananathamangalam" during the short Chola reign.It was his reign that is considered the Golden Age of Polonnaruwa, when trade and agriculture flourished under the patronage of the King, who was adamant that no drop of water falling from the heavens was to be wasted, and each be used toward the development of the land; hence, irrigation systems far superior to those of the Anuradhapura Age were constructed during Parakramabahu's reign, systems which to this day supply the water necessary for paddy cultivation during the scorching dry season in the east of the country. The greatest of these systems, of course is the ya or the Sea of Parakrama, a tank so vast that it is often mistaken for the ocean. It is of such a width that it is impossible to stand upon one shore and view the other side, and it encircles the main city like a ribbon, being both a defensive border against intruders and the lifeline of the people in times of peace. The Kingdom of Polonnaruwa was completely self-sufficient during King Parakramabahu's reign.

However, with the exception of his immediate successor, Nissankamalla I, all other monarchs of Polonnaruwa, were slightly weak-willed and rather prone to picking fights within their own court. They also went on to form more intimiate matrimonial alliances with stronger n Kingdoms, until these matrimonial links superseded the local royal lineage and gave rise to the invasion by King in 1214 and the eventual passing of power into the hands of a Pandyan King following the invasion of in 1284. The capital was then shifted to .

Near the ancient city, there is a small town with several hotels (especially for tourists) and some glossy shops, and places to fulfill day to day needs. There are government institutions in a newly built area called “new town,” about 6km away from the town and the main road. The largest school in the district, is situated at new town.

Polonnaruwa is the 2nd largest city in north central province. But it is known as one of the cleaner and more beautiful cities in the country. The greeny environment, amazing ancient constructions, ya (a huge lake built in 1200 A.C.), attractive tourist hotels and most importantly nice people with hospitality, always attracted local and foreign tourists. One recent scientific observation is that of its climate changes. Historically Polonnaruwa had a tropical climate most of the year, although it was occasionally chilly in December and January. But in recent years the rain and chillyness has been increased noticeably. Although this is surprising to some people, it is more enjoyable for tourists. But sometimes paddy field farmers suffers when there is too much rain.

Kings and Queens of Polonnaruwa