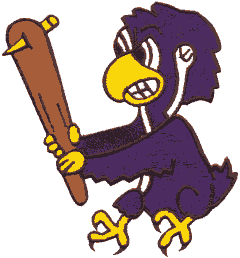 Air Academy High School (also commonly referred to as AAHS) is a public high school that serves the northwestern end of , Colorado, United States. It is the only high school built on military land (School District 20 has two elementary school on military property) and over 50% of its students are not associated with the . Known for high academic standards, Air Academy is situated in the foothills of the Front Range sitting at 6,550 feet above sea level. The sports mascot is the Kadet (Kay-det), a fictional bird that is representative of a baby falcon. The name "Kadet" itself is a reference to the fact that the high school can be seen as a "little-sibling" to the "Cadets" of the Air Force Academy. The mascot should not be confused with the political party in Russia known as the .

The school was opened in 1956 on the grounds of the for the '56-'57 academic year before having its first commencement ceremony in 1958, making the class of 2007 the 50th graduating class. It was originally constructed as just one building which has come to be known as 'A'. Through the years three more buildings were constructed to supplement the growing student population each with its own letter coding: B, C, and D. It is the second oldest high school in Colorado Springs behind Palmer High School .

The school was awarded by Newsweek in 2004 and 2005 as being one of the top 1000 high schools in the country in terms of academic achievement. The school continues to achieve 'superior' rating on standardized tests. 2 AAHS also offers the program to students in numerous subject areas.

Recently, Air Academy has had many teams enter the state playoffs, with teams such as basketball (men's and women's), men and women's swimming and diving, wrestling, hockey, baseball, lacrosse (women's) and cheerleading all competing for a state title. Additionally, Air Academy has individuals compete in and win individual state titles in swimming, cross-country, and track. In 2008, Allie McLaughlin capped off these individual achievements by capturing the 5A state 3,200 meter track title in a time of 10:49.

Air Academy has received national acclaim for its numerous musical ensembles. Their marching band has consistently been in the top five for the past 20 years with state titles in 1994, 1998, 1999 and 2007, along with percussion caption awards in 1992, 1993, 1994, 1995, 1997, 1998, 1999, and 2003. The band was under the direction of Rick Shaw 1988-1998, assisted by Mike Sherpa 1989-1997, and Brad Stevens, Anooj Thakker, Bruce Anderson,Seth Gentry, Phil Martin (Percussion staff members various years). Scott McGowan was the director from 1999-2002, and, most recently, Stoney Black since 2003. The Air Academy marching bands have been featured in the world renowned Tournament of Roses Parade (New Years Day 1992), and the Orange Bowl parade in 1994. Their marching band took second place in the 2006 4A CBA Marching Band Championship with their show, Area 51. The band also took fifth at the Flagstaff Regional and placed first in the 2A division. They were beat out by Rampart High School by 0.45 points at the state competition. In 2007, the Air Academy Marching Band won the Class 4A Championship at the Pomona Marching Band competition; won the Class 2A category at the Bands of America Regional Competition in El Paso, Texas (second overall); and was the Grand Champion of the Colorado Southern Regional competition held in Colorado Springs, Colorado. After second place finishes in 2004, 2005, and 2006, in 2007 the Air Academy Marching Band won its fourth Class 4A CBA marching band championship at the CBA State Marching Band competition held at Colorado State University at Fort Collins, Colorado. Their show this year is called Hypnotix. The Marching Band's finals scoring in state of 2007 was a 82.9.

Their 2008 Show is "Shades of Cool" - Douglas County Prelims score was a 78 and their finals score was an 81.8. This was their first competition of the year and they are currenty top in the state of Colorado. Above Rampart and Legacy, both 5a schools.

In addition to a strong performing arts program, AAHS boasts a strong choir program. Highlighted by three groups (C'est La Vie, the Inflatable Misconceptions, and Out of the Blue), the choir department maintains over 50 members. Directed by Jim Graves, the numerous choirs and a cappella groups traveled to in 2008 to go a festival in which they took 2nd place overall.

Air Academy has a drama department that includes an award winning chapter of the National Thespian Honors Society. Additionally, the program put on productions of and , a musical in 2008. The school also holds an annual student directed acting and singing show called "Montage".

Air Academy is home to District 20's CO-20021 AFJROTC Program. There is currently 190 students from across the district enrolled in it. The unit won Distinguished Unit w/ Merit for the 06/07 school year.