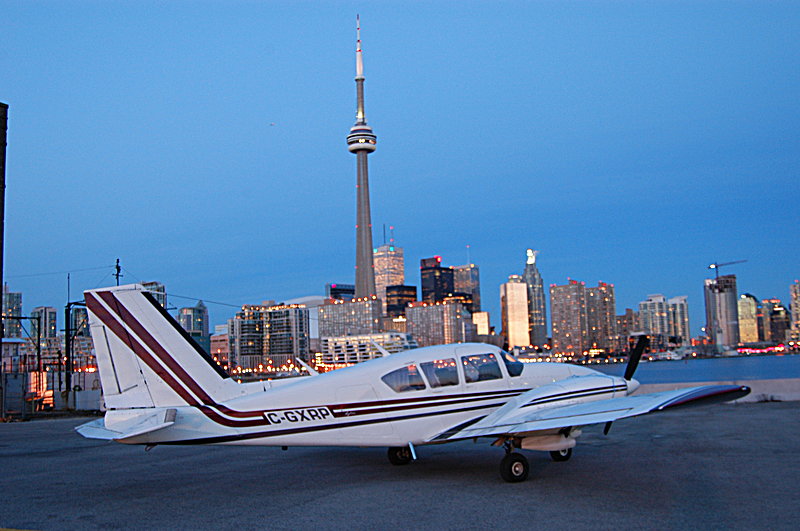 The Piper PA-23, named Apache and later Aztec, was an American twin-engined monoplane, the first twin-engine aircraft built by .

Originally to be named the "Twin-Stinson" and designed as a four-seater low-wing all-metal with a twin tail, the prototype first flew . The prototype was then named the PA-21 to conform to Piper's numerical nomenclature [http://www.airwar.ru/enc/la/pa21.html] It was redesigned with a single vertical stabilizer and an all-metal rear fuselage and renamed to Apache 150 when it entered production in ; 1,231 were built. In , the Apache 160 was produced by upgrading the engines to 160 hp (119 kW), and 816 were built before being superseded by the Apache 235, which went to 235 hp (175 kW) engines and swept tail surfaces (119 built).

Declining sales of the Apache prompted the redesign dubbed PA-23-250 Aztec, with 250 hp (186 kW) Lycoming. The first models were delivered with O-540 Lycoming carburetor engines. These first models came in a five-seat configuration which became available in . The later models of the Aztec were equipped with IO-540 fuel-injected engines and six-seat capacity, and continued in production until . There were also turbocharged versions of the later models, which were able to fly at higher altitudes.

Among other light twin-engined airplanes of its generation, the Aztec was known for its good load hauling, long endurance, stable handling, and respectable single-engine performance, at the cost of higher fuel consumption and a draggier (slower) airframe. Part of the drag was due to use of the same basic wing design (albeit with substantially different dimensions and construction) as the Piper Cub series of aircraft. The Piper Cub airfoil gave the Aztec superior short field operation characteristics at the price of lower performance at cruising speeds.

The acquired 20 Aztecs, designating them UO-1, which changed to U-11A when unified designations were adopted in .