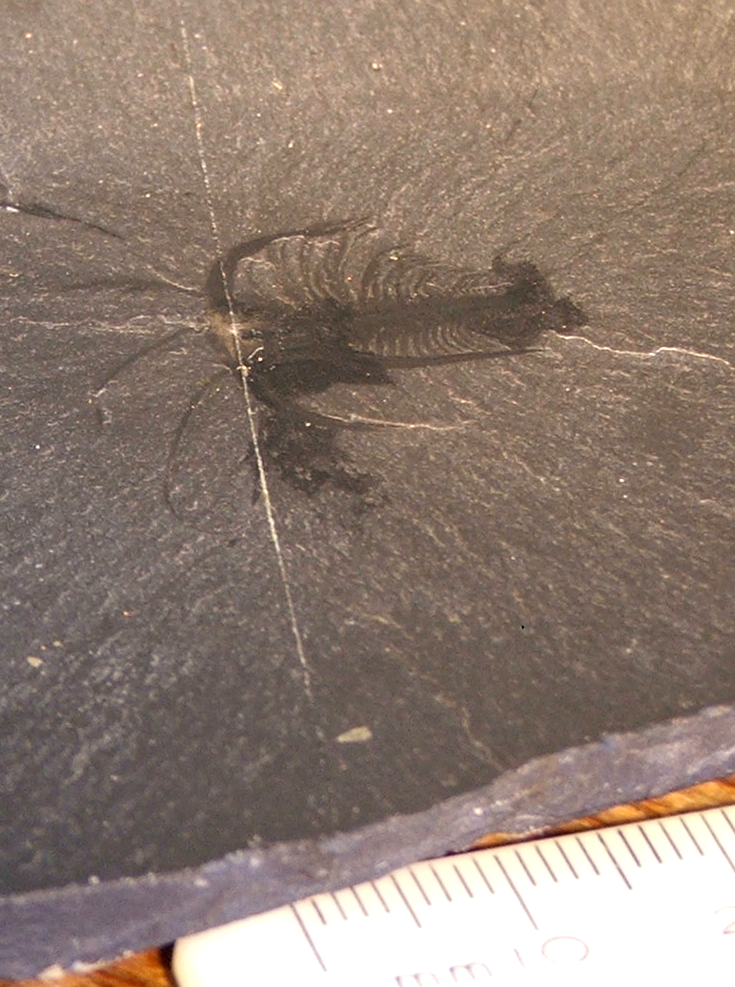 The Burgess Shale is famous for the exceptional preservation of the fossils found within it, in which the soft parts are preserved. A black formation, it crops out in the of , . It is in , near the town of Field and is named after Burgess Pass.

The Burgess Shale was discovered by Charles Walcott in 1909, towards the end of the season's fieldwork.fotbs He returned in 1910 with his sons, establishing a quarry on the flanks of Fossil ridge. The significance of soft bodied preservation, and the range of organisms he recognised as new to science, led to him returning to the quarry almost every year until 1924. At this point, aged 74, he had amassed over 65,000 specimens. Describing the fossils was a vast task, pursued by Walcott until his death in 1927.

With and recognising the significance of the Burgess Shale, collecting fossils became politically more difficult from the mid 1970s. Collections continued to be made by the . The curator of invertebrate palaeontology, , identified a number of additional outcrops, stratigraphically higher and lower than the original Walcott quarry.

Stephen J Gould's book "Wonderful Life", published in 1989, brought the Burgess Shale fossils to the public's attention. Gould suggests that the extraordinary diversity of the fossils indicate that life forms at the time were much more diverse than those that survive today, and that many of the unique lineages were evolutionary experiments that became extinct. He suggests that this interpretation supports his hypothesis of by . Gould's interpretation of the diversity of Cambrian fauna relied heavily on Simon Conway Morris' reinterpretation of Charles Walcott's original publications. Conway Morris strongly disagreed with Gould's conclusions, arguing that almost all the Cambrian fauna could be classified into modern day phyla. ["The Crucible of Creation: The Burgess Shale and the Rise of Animals" , Simon Conway Morris]

The fossiliferous deposits of the Burgess Shale belong to the , a collection of sightly calcareous dark mudstones, about 505 million years old.

The anoxic setting not only protected the newly dead organisms from decay, but it also created chemical conditions allowing the preservation of the soft parts of the organisms. Further, it reduced the abundance of burrowing organisms – burrows and trackways "are" found in beds containing soft-bodied organisms, but they are rare and generally of limited vertical extent.

There are many other comparable Cambrian lagerstatten; indeed such assemblages are far more common in the Cambrian than in any other period. This is mainly due to the limited extent of burrowing activity; as such became more prevalent throughout the Cambrian, environments capable of preserving organisms' soft parts became much rarer.

The biota of the Burgess Shale appears to be typical of Middle Cambrian deposits.

The biota consists of a range of organisms. Free-swimming (wict|nectonic) organisms are relatively rare, with the majority of organisms being bottom dwelling (benthic) - either moving about (vagrant) or permanently attached to the sea floor (sessile).