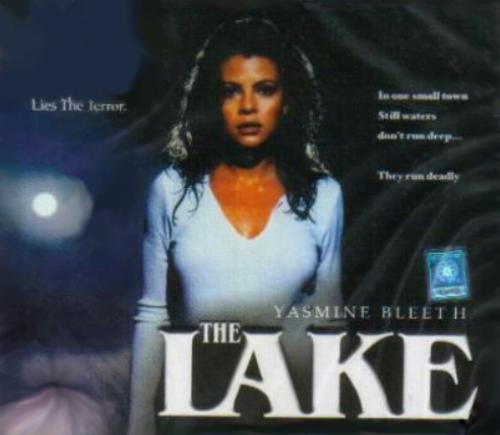 "The Lake" was a made-for-TV movie which was a thriller that starred .

The film's cover states: "In one small town still waters don't run deep, they run deadly. Beneath the surface lies the terror."

This is a suspenseful, sci-fi movie in which Jackie Ivers () is a nurse who returns home to find that her friends and family have taken on bizarrely different personalities. Jackie states that everyone who goes into the lake, comes out different. As the movie progresses, Jackie first-handedly witnesses what is happening to everyone around her as she is kidnapped by aliens from a parallel universe. The aliens take the bound and gagged victims to the middle of a lake and throw them overboard. Once their victim is killed, the aliens transform their appearance into that of their victim and take on their victim's life. Fortunately for Jackie, she escapes from the aliens with the aid of a fishing lure, to which she uses to cut her bonds. The movie is a variation of the "Invasion of the Body Snatchers" and "The Stepford Wives" films.