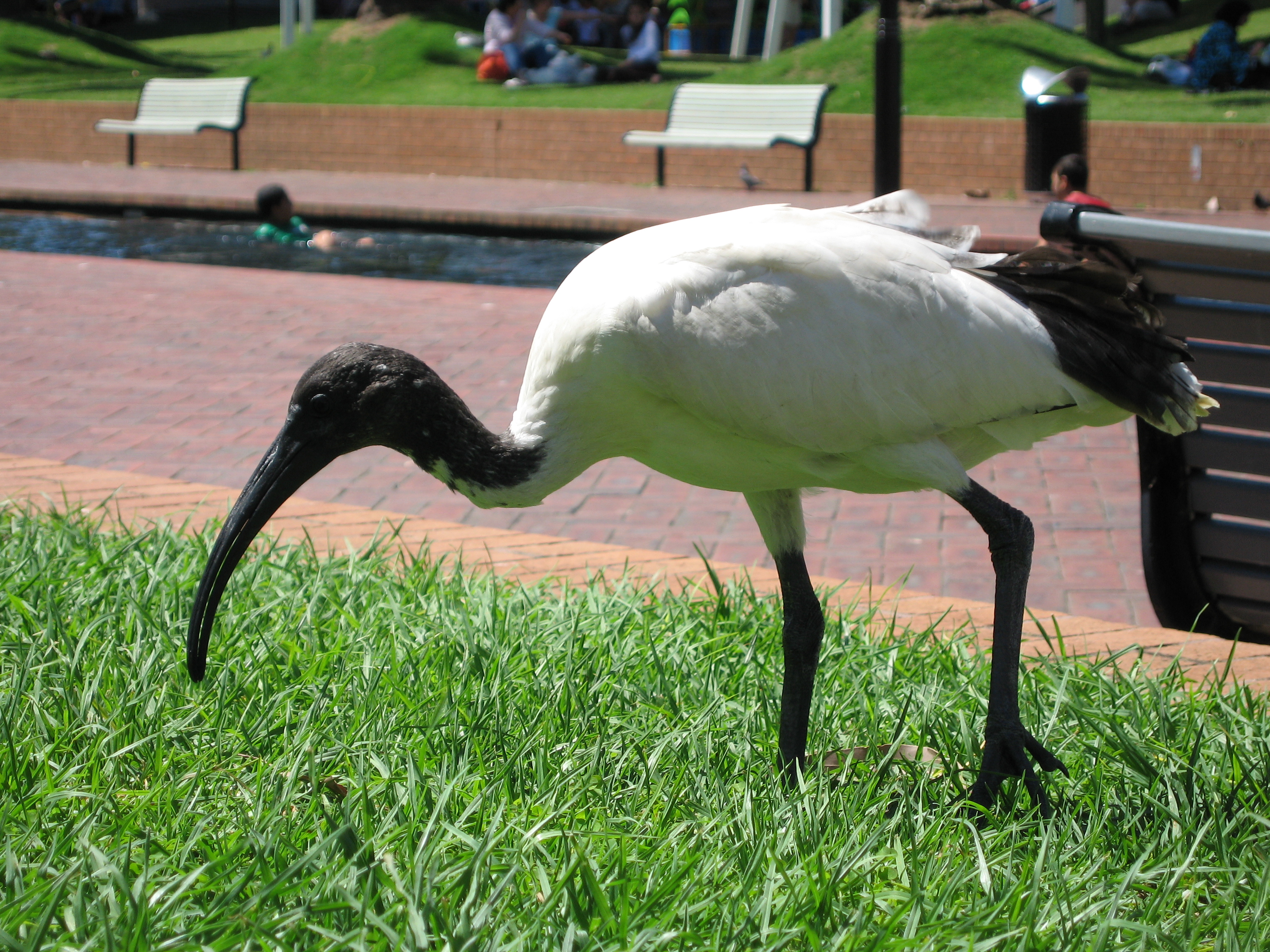 "Threskiornis" is a genus of es, wading s of the family Threskiornithidae. They occur in the warmer parts of the in southern , and sub-n .

They are colonial breeders, which build a stick nest in a tree or bush and lay 2-4 eggs.

They occur in marshy wetlands and feed on various , s, s and s.

Adult "Threskiornis" ibises are typically 75cm long and have white body plumage. The bald head, neck and legs are black. The bill is thick and curved. Sexes are similar, but juveniles have whiter necks duller plumage. The differs from the other species in having dark upperparts, and is some times placed in the separate genus "Carphibis" (, 1835)as "Carphibis spinicollis".

The extinct , "Threskiornis solitarius" also belonged to this genus.