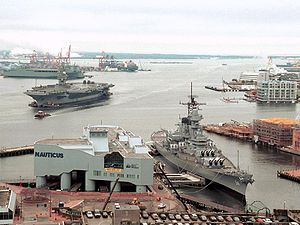 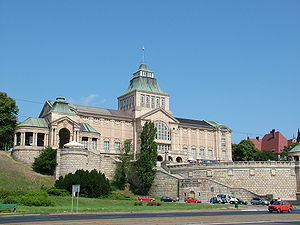 A maritime museum (sometimes nautical museum) is a museum specializing in the display of objects relating to ships and travel on large bodies of water. A subcategory of maritime museums are naval museums, which focus on navies and the military use of the sea.

The great prize of a maritime museum is a historic ship (or a replica) made accessible as a museum ship, but these are large and require a considerable budget to maintain, many museums preserve smaller or more fragile ships or partial ships within the museum buildings and most museums exhibit interesting pieces of ships (such as a figurehead or cannon), ship models, and miscellaneous small items like cutlery, uniforms, and so forth.

Ship modellers often have a close association with maritime museums; not only does the museum have items that help the modeller achieve better accuracy, but the museum provides a display space for models larger than will comfortably fit in a modeller's home; and of course the museum is happy to take a ship model as a donation. Museums will also commission models.

There are thousands of maritime museums in the world. Many belong to the International Congress of Maritime Museums (ICMM), which coordinates members' efforts to acquire, preserve, and display their material.

At 40 acres (162,000 m²), Mystic Seaport in Mystic, Connecticut can lay claim to the title of largest museum; it preserves not only a number of sailing ships, but also a large number of original seaport buildings, including a ship chandlery, sail loft, ropewalk, and so forth. However, the UK's National Maritime Museum in Greenwich is also a contender, with many items of great historical significance, such as the actual uniform worn by Horatio Nelson at the Battle of Trafalgar.

A recent activity of maritime museums is to build replicas of ships, since there are few survivors that have not already been restored and put on display.

The preservation of ships in museums ensures that ancient and historic vessels are preserved for posterity in optimum conditions and are available for academic study and for public education and interest.

Remains of ancient and historic ships and boats can be seen in museums around the world. Where a ship is in a good state of preservation it can sometimes act as a museum in its own right. Many museum ships, such as HMS Victory are popular tourist attractions. Some ships are too fragile to be exposed outdoors or are incomplete and must be preserved indoors. The remains of the Mary Rose for example are kept in a purpose designed building so that conservation treatment can be applied.

In some cases, archaeologists have discovered traces of ships and boats where there are no extant physical remains to be preserved, such as Sutton Hoo, where museum displays can show what the vessel would have looked like, although the vessel itself no longer exists. 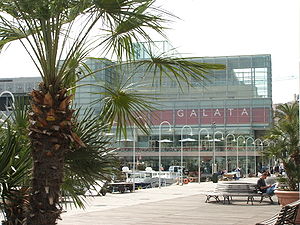 The Council of American Maritime Museums serves as network for museum professionals in North America.