Bring It All Back

Bring It All Back

Infobox Single
Name = Bring It All Back 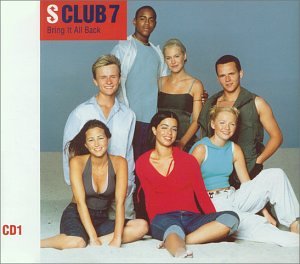 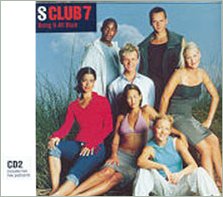 
"Bring It All Back" is a pop song written by S Club 7, Eliot Kennedy, Mike Percy and Tim Lever for S Club 7's debut "S Club" (). The song was produced by Kennedy, Percy and Lever and received a mixed reception from music s. It was released as their first single on , 1999 and was used as the theme music to their series . It reached the top spot in the and became certified platinum. It also reached the top ten in and the .

"Bring It All Back" was released in on , after their television show "Miami 7" became popular in the , but it failed to make an impact on the "Billboard" Hot 100.

sing the second. The male sing the backing vocals.

The video sees the group performing in the town of , the location of the first series of their television series, "". During the performance, clips from several episodes of the show are shown.

At the end of the video, the group are shown dancing and jumping around having fun on the beach. You can also see a crowd of people watching the band filming when the video ends.

These are the formats and track listings of major single releases of "Bring It All Back".