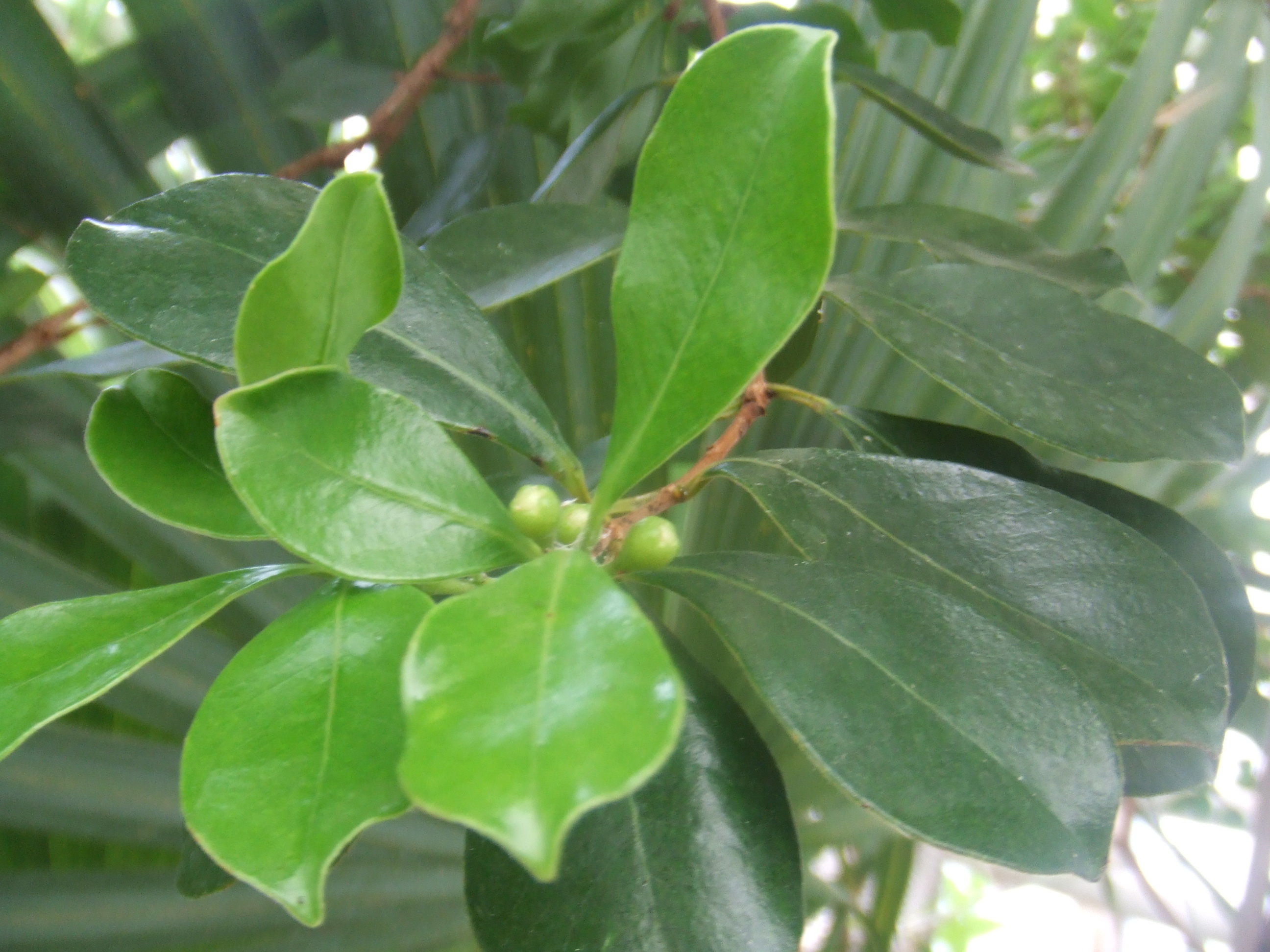 Cattley guava or Peruvian guava ("Psidium littorale"; the old name "P. cattleianum" is still used very often) is a small tree (2-6 m tall), bearing small red or yellow fruit, which are somewhat sour but sometimes eaten or made into jam. The red-fruited strawberry guava is "Psidium littorale" var. "cattleianum". The yellow-fruited "Psidium littorale" var. "littorale" is known as lemon guava, and in as "waiawī". Native to and adjacent tropical , it is closely related to common guava ("P. guajava"), and like that species is a widespread, highly in tropical areas, especially Hawaiʻi. It tends to form dense, monotypic stands which prevent regrowth of native species, and is very difficult to eradicate. As an invasive species, it is sometimes erroneously called "Chinese guava".

The fruit can be eaten by cutting them in half and scooping out the pulp and seeds. Strawberry guavas taste like a mixed with ; lemon guavas have a more acidic and spicier flavor. The seeds are small and white in colour and can be roasted as a substitute for coffee. Its leaves may be brewed for tea. The skin is also edible and tastes a bit like rose petals but is best removed for a sweeter flavour.