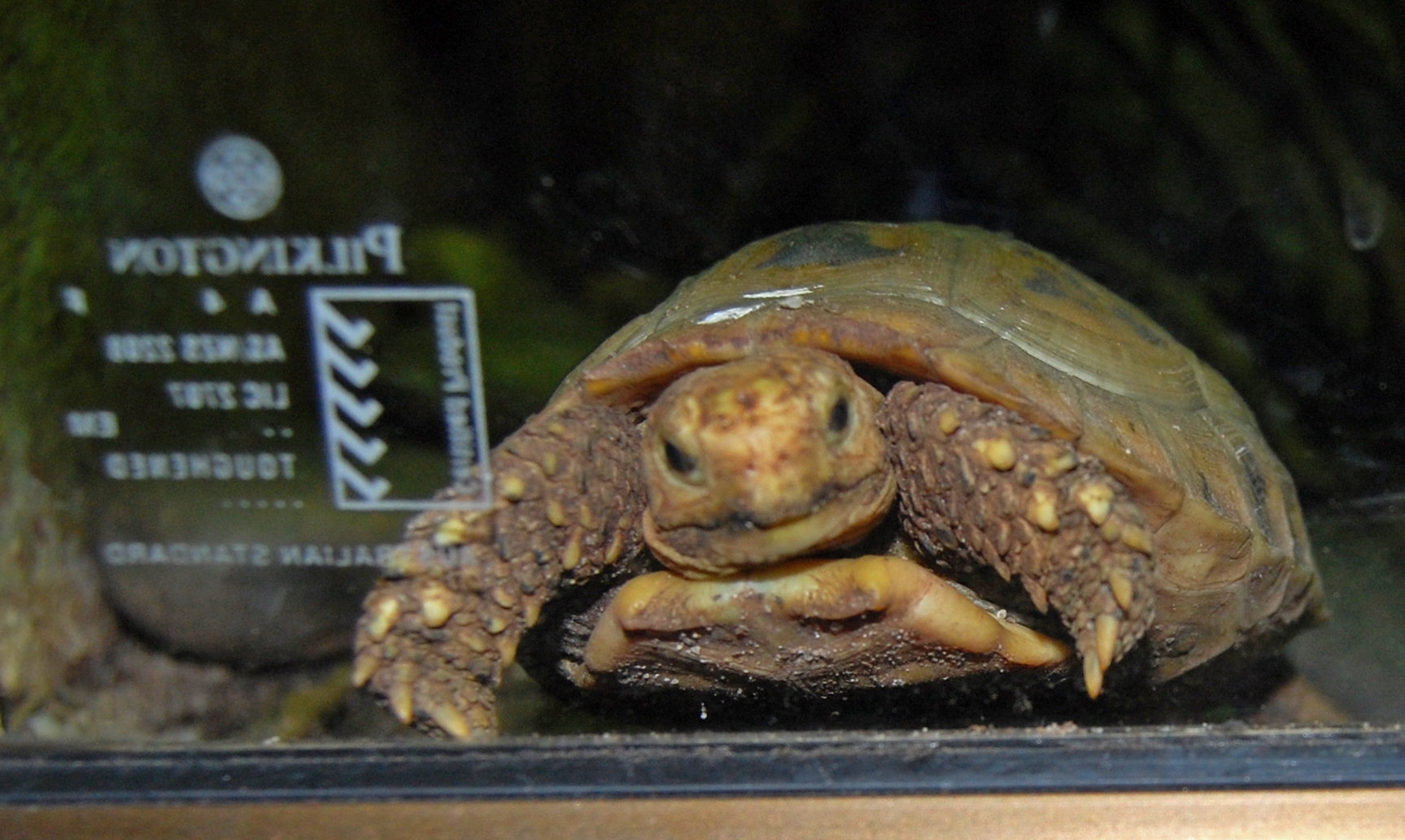 Elongated Tortoise ("Indotestudo elongata") is a species of found in and parts of .

Shell considerably depressed, more than twice as long as deep, with flat vertebral region; anterior and posterior margins slightly reverted, strongly serrated in young, feebly in old specimens; shields concentrically striated, except in old specimens; nuchal present (rarely absent), narrow and elongate; supracaudal undivided, more or less incurved; first vertebral usually nearly as long as broad in the adult, the others broader than long and nearly as broad as the costals. Plastron large, truncate anteriorly, deeply notched posteriorly; suture between the pectoral shields as long as or longer than that between the humerals; suture between the gulars as long as or a little shorter than that between the pectorals; anals forming a very short suture, or entirely separated by the anal notch; axillary and inguinal moderate. Head moderate; a pair of large praefrontal shields, usually followed by a nearly equally large frontal; beak feebly hooked, tricuspid; alveolar ridge of upper jaw short and rather feeble. Anterior face of fore limbs with moderate, unequal-sized, imbricate scales, which are largest towards the outer side; no enlarged tubercles on the thighs; tail ending in a claw-hke horny tubercle. Carapace and plastron greenish yellow, each shield with an irregular black spot or blotch, which may occupy its greater portion, or may be much broken up or indistinct. [Boulenger, G. A. (1890) Fauna of British India. Reptilia and Batrachia]

Typically, Indotestudo elongata are around 30 cm (12 inches) long and 3.5 kg (7 pounds) as an adult. Females tend to be wider than males and more rounded. Males also have a tail that is much larger than that of the female. The males have a concave plastron while the plastron of a female is flat. Additionally, the female's posterior claws are markedly longer and more curved than those of the male. It is believed that this is to facilitate nest building. [ http://www.chelonia.org/Articles/elongatacare.htm Tortoise care]