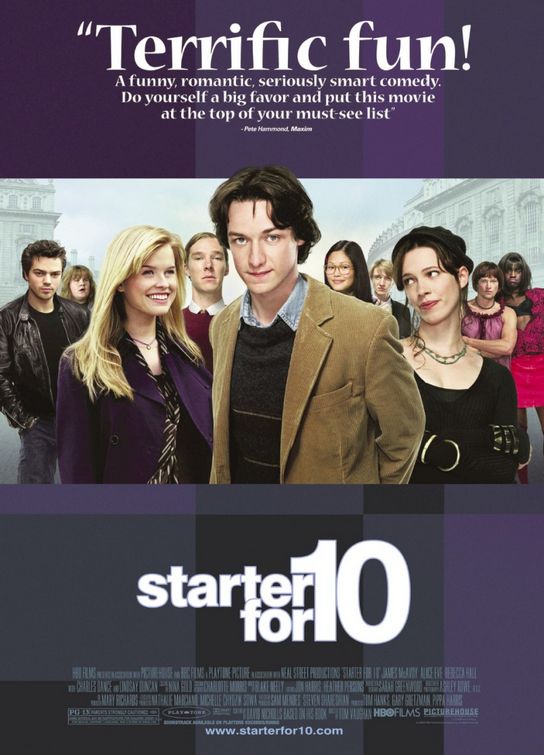 A period comedy set in 1985, the story chronicles the misadventures of Brian Jackson, a student in his first year at . A somewhat obsessive collector of general knowledge, Brian has been a fan since childhood of . That TV show's famous catchphrase—"Your starter for 10"—gives the film its title. Upon arriving at university, he seizes upon the opportunity to join Bristol's University Challenge team. He promptly falls for his glamorous teammate Alice (), though he may have more in common with a counterculturalist chum, Rebecca (). Additionally, Brian finds himself caught between his new life, amongst the posh university set, and his old, with his family and friends in the seaside town, .

The story follows the team's progression through the rounds of University Challenge.

* The soundtrack features music from , , , , , , , , , and others.
* Brian's working-class hometown mates are played by and . The two actors starred as working-class schoolmates in both the stage and film versions of "".
* Despite being set at Bristol University, the main quad and Gustave Tuck lecture theatre of were used as sets.
* It is an Films production in association with .