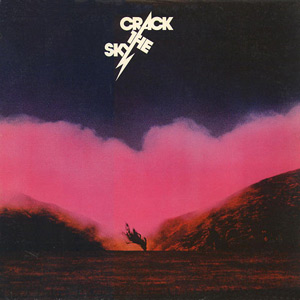 In 1988, Lifesong released a CD pairing "Crack the Sky" with "White Music" on a single disc (LSCD-8801). In order to fit both albums on one CD, the song "Mind Baby" and two tracks from "White Music" were omitted. In 2002, a remastered CD of "Crack the Sky" was released. It included four bonus tracks: demo versions of "Let Me Go Home (A Visit to the Projects)", "Eileen, I Lean on You", and "Hold On"; and "Dr. Octopus Part 2" from the "" album. The song "Sleep" fades out more than a minute earlier than the original LP version. Liner notes include track-by-track comments by original producer and long-time CTS compatriot, Terence P. Minogue.