Presidential memorials in the United States

Presidential memorials in the United States 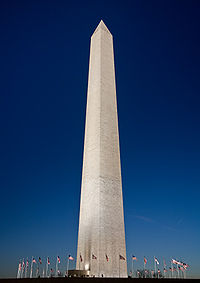 There are also official presidential memorials that have a living element with only a minor physical presence. An example of a presidential living memorial is the Woodrow Wilson International Center for Scholars. Located in a wing of the Ronald Reagan Building in Washington, D.C., the Wilson Center has a small exhibit concerning President Wilson's life and work, but it is best known for its work to unite the world of ideas with the world of policy by supporting scholarship linked to issues of contemporary importance. In this way the living memorial perpetuates President Wilson’s legacy of scholarship linked closely to international relations.

Similarly, the Harry S. Truman Scholarship honors U.S. college students dedicated to public service and policy leadership, and thus may be considered a memorial with solely a living element. Indeed, the Truman Scholarship is the sole federal memorial allowed to honor President Truman.[1]

This can also be accomplished through the establishment of a policy institute, like the Eisenhower Institute whose mandate is to advance Eisenhower's intellectual and leadership legacies through research, public education, and public policy recommendations.[2]

The John F. Kennedy Center for the Performing Arts is an example of an official presidential memorial that has both a physical element, a striking building in Washington, DC, and a living element, an ongoing series of live theatrical performances, presented in the name of a fallen president.