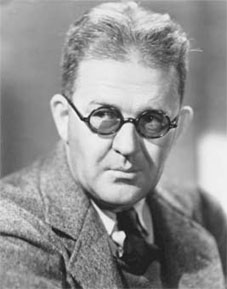 His style of film-making has been tremendously influential, leading colleagues such as and to name him as one of the greatest directors of all time. In particular, Ford is a pioneer of and the which frames his characters against a vast, harsh and rugged natural terrain. Ford has further influenced directors as diverse as , , , , , , , , , , , , , , , , and .

From Feeney to Ford

He was born John Martin "Jack" Feeney (though he later often gave his given names as Sean Aloysius, sometimes with surname O'Feeny or O'Fearna; a Gaelic equivalent of Feeney) in to John Augustine Feeney and Barbara "Abbey" Curran, on , (though he occasionally said 1895 and that date is erroneously on his tombstone). His father, John Augustine, was born in , [Probably better known at the time by its Gaelic name "An Spidéal".] , in 1854. Barbara Curran had been born in the , in the town of on the island of (Inis Mór).

John A. Feeney's grandmother, Barbara Morris, was said to be a member of a local (impoverished) gentry family, the Morrises of Spiddal, headed at present by .

Feeney attended Portland High School in Portland, where the auditorium is named after him.

Many of his films contain direct and indirect references to his Irish and Gaelic heritage. His family referred to him as Seán and Jack.

Feeney began acting in 1914, taking "Jack Ford" as a stage name. In addition to credited roles, he appeared uncredited as a Klansman in D.W. Griffith's 1915 classic, "", as the man who lifts up one side of his hood so he can see clearly.

He married Mary McBryde Smith, on , (two children). Ford never divorced his wife, but had a five-year affair with after they met during the filming of "" (1936). The longer revised version of "Directed by John Ford" shown on in November, 2006 features directors , , and , who suggest that the string of classic films Ford directed 1936-1941 was due in part to his affair with Hepburn.

In her 2004 autobiography "'Tis Herself", recalled seeing Ford kissing a famous actor, whom she did not name, on the set of "".

In 1921, Ford turned to directing, beginning as an assistant to . During the 1920s, he served as president of the , a forerunner to today's .

Ford's favorite location for his films was in southern 's . Ford defined images of the American West with some of the most beautiful and powerful cinematography ever shot, in such films as "Stagecoach", "The Searchers", "Fort Apache", and "", while the influence on the films of classic Western artists such as and others has been examined. [Peter Cowie, see below] Ford's evocative use of the territory for his Westerns has defined the images of the American West so powerfully that once said that other film-makers refused to shoot in the region out of fears of plagiarism. [ Welles' narration for the film "Directed by John Ford"] He tended only to shoot the footage he needed and in the right sequence, minimizing the job of his film editors. [ programme 10:30am ] In the opinion of Joseph McBride [McBride, Joseph, "Searching For John Ford: A Life", see below] , his technique of cutting on camera also enabled him to assert creative control in a period where directors had little say on the editing of their films, because, as Ford noted: :"I don’t give ‘em a lot of film to play with. In fact, Eastman used to complain that I exposed so little film. I do cut in the camera. Otherwise, if you give them a lot of film ‘the committee’ takes over. They start juggling scenes around and taking out this and putting in that. They can’t do it with my pictures. I cut in the camera and that's it. There's not a lot of film left on the floor when I’m finished." [Gallagher, Tag, "John Ford: The Man and His Films", see below]

His good friend , the director of "King Kong" (1933), produced several of Ford's most admired films.

Ford was also infamous for being extremely difficult with his actors on set, frequently mocking, yelling, and bullying them. He referred to John Wayne as a "big idiot" and even punched an unsuspecting . Henry Brandon (probably best known as Chief Scar from "The Searchers") once referred to Ford as: "The only man who could make John Wayne cry." Fact|date=February 2008

However many actors who worked with Ford acknowledged that Ford's often difficult and demanding personality brought out the best in them. John Wayne remarked that "Nobody could handle actors and crew like Jack." [Eyman, Scott, "Print The

] And Harry "Dobe" Carey Jr. stated that ""He had a quality that made everyone almost kill themselves to please him. Upon arriving on the set, you would feel right away that something special was going to happen. You would feel spiritually awakened all of a sudden." [Carey, Harry Jr. "Company of Heroes: My Life as an Actor in the John Ford Stock Company"]

During Commander John Ford, USNR, served in the and made documentaries for the Navy Department. He won two more Academy Awards during this time, one for the semi-documentary "The Battle of Midway" (1942), and a second for the film "December 7" (1943). [ [http://www.imdb.com/title/tt0035790/ John Ford] - at ] [ [http://www.history.navy.mil/bios/ford_john.htm Biography of Rear Admiral John Ford; U.S. Naval Reserve] - at ] [ [http://www.history.navy.mil/faqs/faq81-8b.htm "Oral History - Battle of Midway:Recollections of Commander John Ford"] - at ]

Ford was present on on . As head of the photographic unit for the , he crossed the on the USS|Plunkett|DD-431, anchored off Omaha Beach at 0600. He observed the first wave land on the beach from the ship, landing on the beach himself later with a team of US Coast Guard cameramen who filmed the battle from behind the beach obstacles, with Ford directing operations. The film was edited in London, but very little was released to the public. Ford explained in a 1964 interview that the US Government was "afraid to show so many American casualties on the screen", adding that all of the D-Day film "still exists in color in storage in Anacostia near Washington, D.C." [ [http://www.thefilmjournal.com/issue12/ford.html Martin, Pete, "We Shot D-Day on Omaha Beach (An Interview With John Ford)", "The American Legion Magazine", June 1964] from thefilmjournal.com, retrieved ] . Thirty years later, historian reported that the had been unable to find the film. [Ambrose, Stephen E. "D-Day, , : The Climactic Battle of World War II". New York: Simon & Schuster. 1994. pp 395-397. ISBN 0-671-67334-3] Ford eventually rose to become a top adviser to OSS head . According to records released in 2008, Ford was cited by his superiors for bravery, taking a position to film one mission that was "an obvious and clear target." He survived "continuous attack and was wounded" while he continued filming, one commendation in his file states. [ [http://www.washingtonpost.com/wp-dyn/content/article/2008/08/14/AR2008081400253_2.html?nav=rss_email/components "Spy Tales: a TV Chef, Oscar Winner, JFK Adviser," BRETT J. BLACKLEDGE and RANDY HERSCHAFT, The Associated Press] ]

After the war, Ford became a Rear Admiral in the .

In 1955, Ford was tapped to direct the classic Navy comedy "Mister Roberts", starring , , , and . However, replaced Ford during filming when he suffered a ruptured .

Ford cast as John Dodge, a character based on Ford himself, in the 1957 movie "", again starring his good friends and .

Ford died in , , aged 79 from . He was interred in the in , . A statue of Ford in depicts him sitting in a director's chair.

As a producer he received nominations for Best Picture for "" and "".

He was the first recipient of the Life Achievement Award in 1973. Also in that year, Ford was awarded the by President .

Ford's politics were conventionally progressive as his favorite presidents were Democrats and and Republican [, "John Ford", See below, pp 18-19.] But despite these leanings, many thought [ [http://www.pbs.org/wnet/americanmasters/database/ford_wayne_interview.html Interview with Sam Pollard about Ford and Wayne from pbs.org] ] [ [http://rogerebert.suntimes.com/apps/pbcs.dll/article?AID=/20020331/REVIEWS08/203310301/1023&template=printart Roger Ebert, "The Grapes of Wrath", 2002, from rogerebert.com] ] he was a Republican because of his long association with actors , James Stewart, and . "Time" magazine editor wrote a harsh review of "The Grapes of Wrath" as left-wing propaganda, assuming Steinbeck, the author, and Ford to be of that political stripe.

Ford's attitude to in Hollywood is expressed by a story told by . A faction of the led by had tried to make it mandatory for every member to sign a . A whispering campaign was being conducted against Mankiewicz, then President of the Guild, alleging he had communist sympathies. At a crucial meeting of the Guild, DeMille's faction spoke for four hours until Ford spoke against DeMille and proposed a vote of confidence in Mankiewicz, which was passed. His words were recorded by a court stenographer: