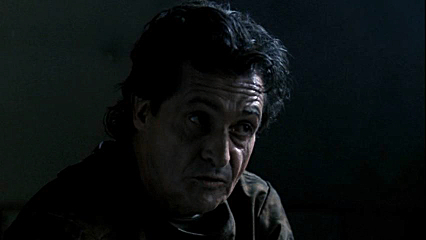 Miller was born John Anthony Miller in , the son of Mary Claire (née Collins), a teacher, and John A. Miller, an electrician. [ [http://www.scrantontimestribune.com/zwire/jasonmiller/story5.htm Scranton Times Tribune ] ] [ [http://www.filmreference.com/film/74/Jason-Miller.html Jason Miller Biography (1939-2001) ] ] He was of Irish ancestry. His family moved to the city of , where Miller was educated at St. Patrick's High School and the -run . He also attended in Washington, D.C.

Miller was launched into stardom in 1973 by winning a for his play, "". That same year, he was offered the role of the troubled priest in 's horror film "The Exorcist" (1973), for which he was nominated for an Academy Award for Best Supporting Actor. Miller's film career was sporadic, however, preferring to work in regional theatre.

Miller was the father of actors (by first wife Linda Gleason, daughter of ) and (by second wife ). On May 13, 2001, the thrice-divorced Miller died of a heart attack in , at the age of 62. [Jennifer Henn, "Scranton Times Tribune", . [http://www.scrantontimestribune.com/zwire/jasonmiller/story1.htm Jason Miller dies] . Accessed .]

In 2004, actor , a longtime friend of Miller, was commissioned by the city of Scranton to create a bronze bust of the late playwright and actor.A play about his life was written by Rodger Jacobs entitled Go Irish: The Purgatory Diaries of Jason Miller [http://calendar.timesleader.com/scranton-pa/events/show/68066580-go-irish-the-purgatory-diaries-of-jason-miller]