Warren and Wetmore was an architecture firm in New York City. It was a partnership between Whitney Warren (1864–1943) and Charles Wetmore (1866–1941), that had one of the most extensive practices of its time and was known for the designing of large hotels.

Whitney Warren was a cousin of the Vanderbilts and spent ten years at the École des Beaux Arts. There he met fellow architecture student Emmanuel Louis Masqueray, who would, in 1897, join the Warren and Wetmore firm. He began practice in New York City in 1887.

Warren's partner, Charles D. Wetmore, was a lawyer by training. Their society connections led to commissions for clubs, private estates, hotels and terminal buildings, including the New York Central office building, the Chelsea docks, the Ritz-Carlton, Biltmore, Commodore, and Ambassador Hotels. They were the preferred architects for Vanderbilt's New York Central Railroad.

The firm's most important work by far is the Grand Central Terminal in New York City, completed in 1913 in association with Reed and Stem. Warren and Wetmore were involved in a number of related hotels in the surrounding "Terminal City".

Whitney Warren retired in 1931 but occasionally served as consultant. Warren took particular pride in his design of the reconstructed library at the Catholic University of Leuven, finished in 1928, which carried the controversial inscription Furore Teutonico Diruta: Dono Americano Restituta ("Destroyed by German fury, restored by American generosity") on the facade. The library was largely destroyed by German forces again in 1940.

The architectural records of the firm are held by the Dept. of Drawings & Archives at the Avery Architectural and Fine Arts Library, Columbia University. 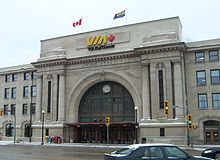 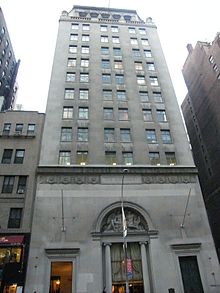 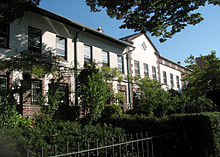 Among the firm's other commissions were: 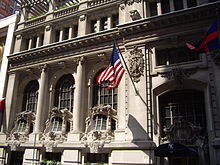