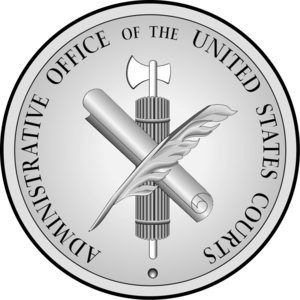 The AO is the central support entity for the federal judicial branch. It provides a wide range of administrative, legal, financial, , program, and services to the federal courts.

The AO is directly supervised by the , the the body that sets the national and legislative policy of the federal judiciary and is composed of the s from each judicial and geographic circuit and the chief judge of the .

The AO and implements and executes Judicial Conference policies, as well as applicable federal statutes and regulations. The AO facilitates communications within the judiciary and with Congress, the executive branch, and the public on behalf of the judiciary.

The mission of the Administrative Office of the United States Courts (AO) is to provide a variety of support functions to the United States federal judiciary. The AO prepares and submits the budget for the courts to the Judicial Conference for approval by Congress. It analyzes legislation from Congress that will affect the courts' operations or personnel, and it interprets and applies the new laws. It also provides administrative help to members of the courts in the form of s, pretrial officers, s, and s.

The director of the AO is appointed by the , who serves as the head of the Judicial Conference.

In 1939, with the establishment of the Administrative Office of the U.S. Courts and the circuit judicial councils, Congress for the first time provided the judiciary with budgetary and personnel management agencies that were independent of the executive branch of government. For 150 years, administrative responsibility for the federal courts shifted from the Treasury Department to the Interior Department in 1849 and to the Justice Department in 1870. (The , established in 1922, was an advisory body.) By the late 1930s, a coalition of judges, lawyers, academics, and Justice Department officials agreed that the efficient administration of justice, as well as the principle of judicial independence, required a separate agency with officers appointed by and responsible to a body of judges.

By the early-twentieth century, some judges expressed concern that the Justice Department’s administrative oversight of the courts was ineffective and, more important, posed the threat of interference with the judicial process. Reform proposals ranged from separate appropriation bills for the courts to the authorization of senior circuit judges as administrators for all the courts within their respective circuits. Some circuits established conferences of judges to discuss problems of case management and court administration. The Roosevelt administration’s , best known for its provision to enlarge the Supreme Court, included provision for appointment of a proctor who would gather data on the business of the courts and make recommendations for reassignment of judges and improved case management. Many district court judges resisted this centralization of authority over individual courts that had operated with so much autonomy for a century and a half, but there was widespread support for some reform that would facilitate judicial business and eliminate the Justice Department’s role in the daily operations of the federal courts.

After the defeat of Roosevelt’s "" plan, Chief Justice responded to suggestions for less sweeping administrative changes. He appointed members of the Conference of Senior Circuit Judges to work with representatives of the and Justice Department officials to draft legislation that would improve the efficiency of the courts at the same time that it respected the decentralized character of the federal judicial system. The committee’s proposed Administrative Office of the U.S. Courts would collect information on the caseload of the courts, prepare the annual budget request for the courts and disburse funds appropriated to the judiciary, and offer administrative assistance to the courts. The act authorized the Supreme Court to select the director of the Administrative Office, but, at the insistence of Chief Justice Hughes, the office was to operate under the supervision of the Conference of Senior Circuit Judges rather than the Court.The committee proposal found broad support in both the Senate and House of Representatives, which considered several versions before passage in August 1939. The act established circuit judicial councils through which the courts of appeals judges would review the caseload reports of the Administrative Office and instruct district judges on what was necessary to expedite the courts’ business. It also mandated annual circuit conferences at which circuit and district judges would meet with members of the bar to discuss judicial administration.

Directors of the Administrative Office

The Director of the AO is appointed by the Chief Justice of the United States. On , began serving as Director, a move that Chief Justice had [http://www.uscourts.gov/ttb/05-06/newdirector/index.html announced] on . Duff succeeds , who held the position for more than two decades.