Mathematics and architecture have always been close, not only because architecture depends on developments in mathematics, but also their shared search for order and beauty, the former in nature and the latter in construction. Mathematics is indispensable to the understanding of structural concepts and calculations. It is also employed as visual ordering element or as a means to achieve harmony with the universe. Here geometry becomes the guiding principle.

In Greek architecture, the Golden mean, (also known as the Golden rectangle, Golden Section, and Golden Ratio) served as a canon for planning. Knowledge of the golden mean goes back at least as far as 300BC, when Euclid described the method of geometric construction in Book 6, Proposition 30 of his book the Elements. It corresponds to a proportion of 1: 1.618, considered in Western architectural theory to be very pleasing. This number is also known as Phi. Jay Hambidge believed that the golden mean was the ratio used by Attic Greek architects in the design of the Parthenon and many other ancient Greek buildings, as well as sculptures, paintings, and vases.[1]

In Islamic architecture, a proportion of 1: √2 was often used—the plan would be a square and the elevation would be obtained by projecting from the diagonal of the plan. The dimensions of the various horizontal components of the elevation such as mouldings and cornices too were obtained from the diagonals of the various projections and recesses in plan.

Ancient architecture such as that of the Egyptians and Indians employed planning principles and proportions that rooted the buildings to the cosmos, considering the movements of sun, stars, and other heavenly bodies. Vaastu Shastra, the ancient Indian canons of architecture and town planning employs mathematical drawings called mandalas. Extremely complex calculations are used to arrive at the dimensions of a building and its components. Some of these calculations form part of astrology and astronomy whereas others are based on considerations of aesthetics such as rhythm.

The term Cartesian planning given to the planning of cities using a grid plan, shows the close association between architecture and geometry. Ancient Greek cities such as Olynthus had such a pattern superimposed on rugged terrain giving rise to dramatic visual qualities, though proving difficult to negotiate heights. Modern town planning used the grid pattern extensively, and according to some, resulting in monotony and traffic problems.

The beginning of the twentieth century saw the heightened use of Euclidean or Cartesian rectilinear geometry in Modern Architecture. In the De Stijl movement specifically, the horizontal and the vertical were seen as constituting the universal. The architectural form therefore is constituted from the juxtaposition of these two directional tendencies, employing elements such as roof planes, wall planes and balconies, either sliding past or intersecting each other. The Rietveld Schröder House by Gerrit Rietveld is a good example of this approach. 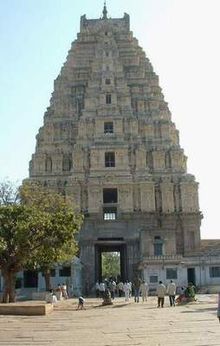 The most recent movement-Deconstructivism-employs non-Euclidean geometry to achieve its complex objectives resulting in a chaotic order. Non-parallel walls, superimposed grids and complex 2-D surfaces are some external manifestations of this approach which is exemplified by the works of Peter Eisenman, Zaha Hadid, and Frank Gehry. Topology has been a fascinating influence.

In recent times, the concept of fractals has been used to analyse many historical or interesting buildings and demonstrate that such buildings have universal appeal and are visually satisfying because they are able to provide the viewer a sense of scale at different levels/ distances of viewing. Fractals have been used to study Hindu temples where the part and the whole have the same character.

As is apparent, architecture has always tried to achieve ends that not only relate to function, but also to aesthetics, philosophy and meaning. And in many a case, the means has been the beauty and structure of mathematics.[citation needed]