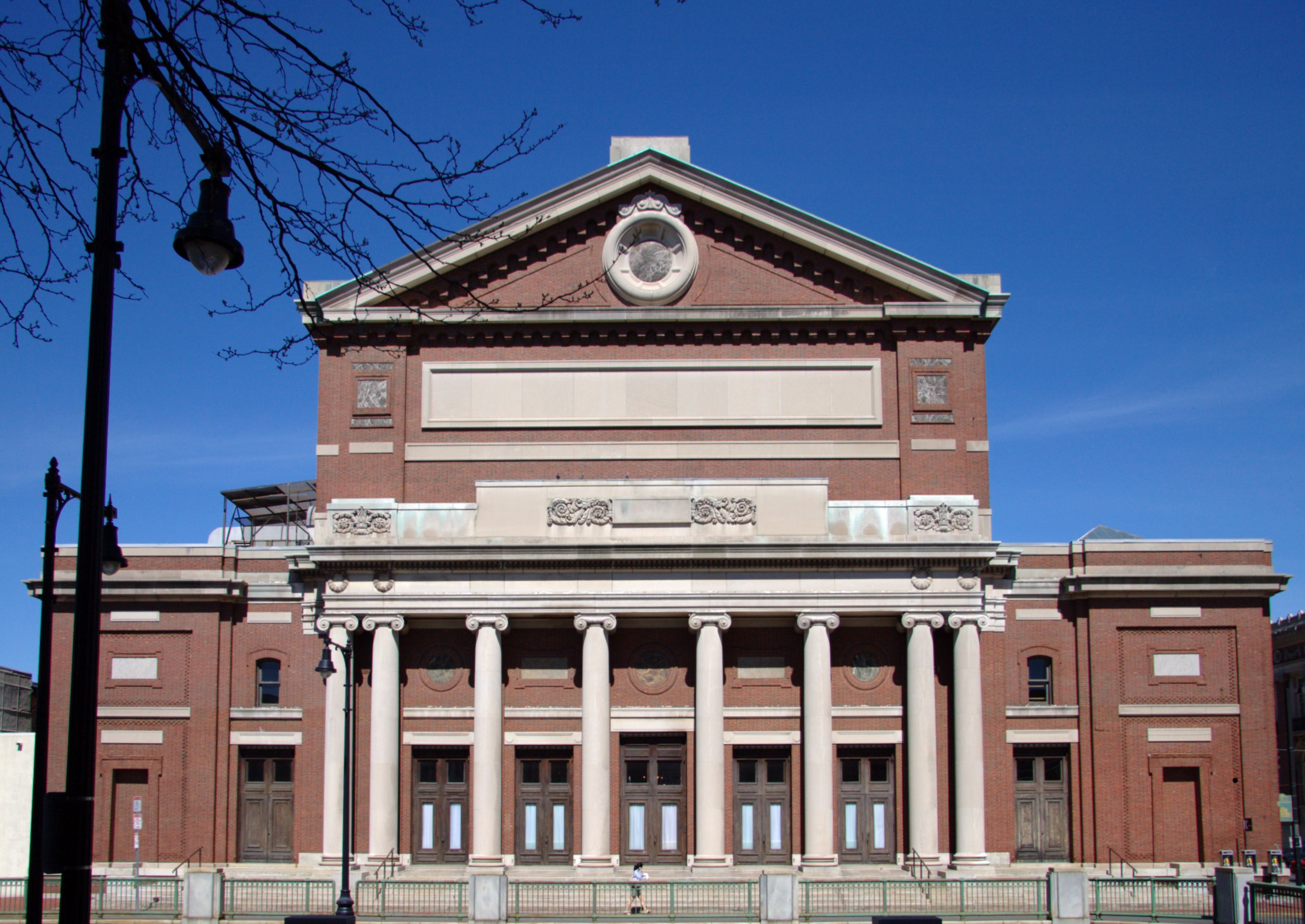 Symphony Hall in is widely considered to be one of the two or three finest s in the world, alongside Amsterdam's Concertgebouw and Vienna's Großer Musikvereinssaal. All three concert halls are renowned for their exceptional acoustics. [ [http://www.wired.com/science/discoveries/news/2007/04/dayintech_0411 April 11, 1888: Concertgebouw, Home of Nearly Perfect Acoustics, Opens ] ] As "" associate editor wrote of Symphony Hall, it “need not take a back seat, aesthetically or acoustically, even to the in .” [R.W. Apple, Jr., "Apple's America" (North Point Press, 2005), ISBN 0-86547-685-3.] It is the home to the and the Boston Pops and is a block away from the .

Symphony Hall was inaugurated on , , after the Orchestra's original home (the Old ) was threatened by road-building and subway construction. Architects engaged , a young assistant professor of physics at , as their acoustical consultant, and Symphony Hall became one of the first auditoria designed in accordance with scientifically derived acoustical principles.

The Hall was modeled on the second concert hall in , which was destroyed in . The Hall is relatively long, narrow, and high, in a rectangular "shoebox" shape like 's and 's . It is 61 feet high, 75 feet wide, and 125 long from the lower back wall to the front of the stage. Stage walls slope inward to help focus the sound. With the exception of its wooden floors, the Hall is built of brick, steel, and plaster, with modest decoration. Side balconies are very shallow to avoid trapping or muffling sound, and the coffered ceiling and statue-filled niches along three sides help provide excellent acoustics to essentially every seat. Conductor , in comparing it to the , stated that "for much music, it is even better... because of the slightly lower reverberation time."

In 2006, due to wear and tear, the concert stage floor was replaced at a cost of $250,000. The process used original methods and materials, including hard maple, a compressed wool underlayment and hardened steel cut nails, hammered home by hand. The vertical grain fir subfloor from 1899 was in excellent shape and was left in place. The nails used in the new floor are made using the same equipment that produced the originals.Fact|date=July 2007 Even the back chanelling on the original maple top boards was replicated to help preserve the acoustics of the Hall. The old floorboards were converted into handcrafted pens that are available to the public on a necessarily limited basis.

Beethoven's name is inscribed over the stage. He was the only musician's name put in Symphony Hall, as he was the only composer that the original directors could fully agree upon. The hall's leather seats are still original from 1900. The hall seats 2,625 people during Symphony season, 2,371 during the Pops season, and up to 800 for dinner.

The 16 Greek and Roman statue replicas lining its walls were installed as an echo of the frequently quoted words, "Boston, the Athens of America," written by Bostonian William Tudor in the early 19th century. Ten are of mythical subjects, and six of historical figures; all are plaster reproductions cast by P. P. Caproni and Brother.

The Symphony Hall organ, a 4,800-pipe (Opus 1134) designed by , installed in 1949, and autographed by , is considered one of the finest concert hall organs in the world. It replaced the hall's first organ, built in 1900 by of Boston, which was electrically keyed, with 62 ranks of nearly 4,000 pipes set in a chamber 12 feet deep and 40 feet high. The Hutchings organ had fallen out of fashion by the 1940s when lighter, clearer tones became preferred. , often a featured organist for the orchestra, lobbied hard for a thinner bass sound and accentuated treble.

The 1949 Aeolian-Skinner reused and modified more than 60% of the existing Hutchings pipes and added 600 new pipes in a Positiv division. The original diapason pipes, 32 feet in length, were reportedly sawed into manageable pieces for disposal in 1948.

In 2003 the organ was thoroughly overhauled by Foley-Baker Inc., reusing its chassis and many pipes, but enclosing the Bombarde and adding to it the long-desired Principal (flute) pipes, adding a new Solo division, and reworking its chamber for better sound projection.