Oriskany Battlefield State Historic Site is a historic site in Oneida County, New York, USA that marks the Battle of Oriskany, fought in 1777 during the American Revolution, one of the bloodiest engagements of the war.

The park is northwest of the Village of Oriskany on NY Route 69 and is southeast of the City of Rome. An obelisk, with plaques at the base commemorating the battle and its participants, is the central feature of the site.

The battlefield is on the south side of the Mohawk River. The terrain consists of small rises, divided by ravines, above Mohawk River bottomlands.

Militia General Nicholas Herkimer, leading a relief column to the besieged Fort Stanwix, was ambushed in a ravine by Iroquois chief Joseph Brant, leading a mixed group of Iroquois and Tories. After sustaining high casualties, the American force retreated, but the occupants at the fort used the reduction in the force before them as an opportunity to emerge and sack the British camp. Herkimer died of his wounds days later. See Battle of Oriskany for more details.

A monument at the site stands above a small rise that many of the ambushed Americans found their way to, and where Herkimer, wounded, rallied and directed the American forces. Plaques on the monument depict Herkimer and list many of the American participants in the battle.

It is a New York State Historic Site. 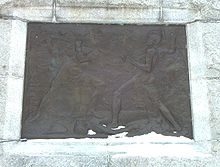 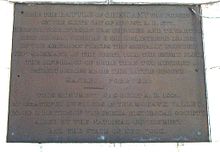 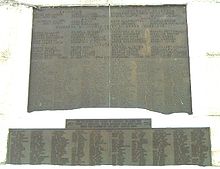