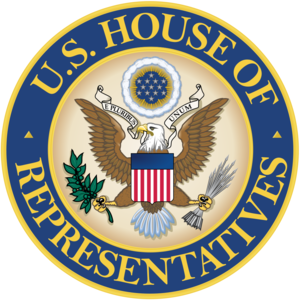 William Henry Boyce, ( &ndash; ) was an American and from Georgetown, in Sussex County, , and later from Dover, in Kent County, . He was a member of the Democratic Party, who served as of the and U. S. Representative from Delaware.

Boyce was born at Peppers Mills in Broad Creek Hundred, Sussex County, , near Laurel. He was the son of James H. and Sarah J. Otwell Boyce. James Boyce was in the lumber and merchandise business, and later farmed. He had been county Treasurer and the state Auditor of Accounts from 1887 until 1891. William Boyce attended the Laurel Academy, and in 1882 he married Emma E. Valliant. They had two children, Valliant and James and were members of St. Paul’s Episcopal Church in Georgetown.

Beginning his career as an educator, Boyce was principal of the public schools at Laurel from 1875 until 1880, and at Oxford, , in 1880/1881. He was then appointed for Sussex County, and served in that office from 1881 until 1886. During this time he studied the law under Alfred P. Robinson, was admitted to the bar in 1887, and began a practice in Georgetown, . During these years he served variously as president of the Board of Education from 1883 until 1886; captain of Company G, Delaware National Guard from 1887 until 1890; and president of the Georgetown Town Council from 1895 until 1897.

Boyce was also chairman of the Sussex County Democratic Committee from 1893 until 1897 and a delegate to the s in 1896 and 1924. He was appointed Secretary of State, and served from , until , , when he was appointed Associate Justice of the . Boyce served there for 24 years, from until .

Following his retirement, Boyce was elected to the U.S. House of Representatives in 1922, and served one term from until . He defeated incumbent Republican U.S. Representative . Layton claimed he was beaten by , angered by his refusal to support an anti-lynching law in the Congress. Seeking re-election in 1924, Boyce lost to Republican , a , also from Georgetown. Boyce was not “flashy,” but was highly respected throughout the state. However, Houston had lead the fight against J. Edward Addicks in Sussex County, had worked to clean up corruption in elections, and had been state Chairman of the . After his loss, Boyce resumed the practice of law in Dover, until his retirement from active practice in 1936.

Boyce died in Dover, and is buried at Christ Episcopal Church Cemetery there.