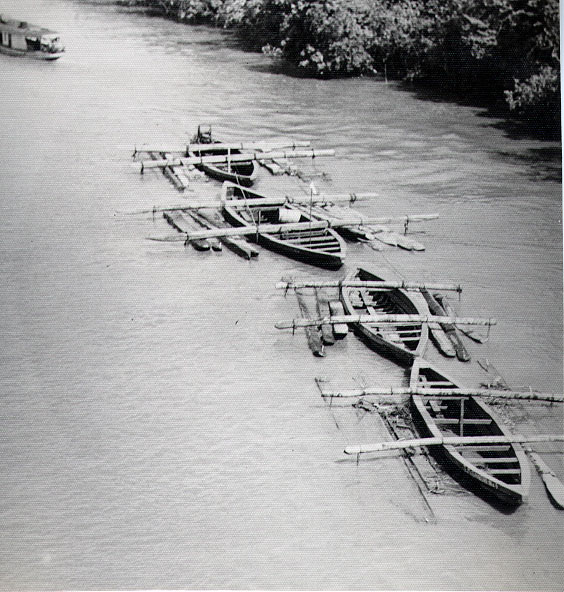 The Economy of Suriname is the story of the former dutch colony getting independent.

Around 1600 Suriname came in the picture of europe. At first the europeans hoped to find , but this didn't happen. Later Suriname was used to get and . To work on the plantations a lot of black people were imported from ; . After the abolition of slavery, , and people were moved to Suriname to work on the plantations. After the second world war used in became most important for the economy.

The dutch social party () wanted to stop the and made suriname independent. This was the signal for the best and wel educated part op the population to move to . 1 out of every 3 people left in a few years. These people didn't trust their own independence and with a dutch hoped for a better live in the Netherlands.

At (November 25, 1975), Suriname signed an agreement with the providing for about US$1.5 billion in development assistance grants and loans over a 10- to 15-year period. Dutch assistance allocated to Suriname thus amounted to about US$100 million per year, but was discontinued during periods of .

After a few years of independence the military led bij took control, killing 20 people in the process. 25 years later, in , still was in control effectively obstructing the government from getting him into .

The backbone of the economy of is the export of (alumina) and small amounts of produced from mined in the country. In 1999, the at was closed and mining at ceased; however, alumina exports accounted for 72% of Suriname's estimated export earnings of US$496.6 million in . Suriname's bauxite deposits have been among the world's richest.

Inexpensive power costs are Suriname's big advantage in the energy-intensive alumina and aluminium business. In the 1960s, the "Aluminum Company of America" () built a US$150-million for the production of energy at (south of ), which created a 1,560 km² lake, one of the largest artificial lakes in the world. The in this lake are inedible for people, due to the polution of the mining industry.

In 1976-1977 a 100 km long single track was constructed in West Suriname from the bauxite containing Bakhuys to the town of on the Corantijn river, to transport bauxite by river to processing plants elsewhere. The construction of this railway was financially funded by the Dutch government's independence/severance payments after November 25 1975. After completion of this railway and associated facilities, for political and economical reasons it was never actually used and was left to be overgrown by the . Also plans to construct a dam in the river were developed but never fully executed.

In 1984, , a subsidiary of , formed a with the (at that time) -owned Company, which did not process the bauxite it mined in Suriname. Under this agreement, both companies share risks and profits.

The major mining sites at and are maturing, and it is now estimated that their reserves will be depleted by . Other proven reserves exist in the east, west, and north of the country sufficient to last until 2045. However, distance and make their immediate development costly. In October 2002, Alcoa and signed a letter of intent as the basis for new joint ventures between the two companies, in which Alcoa will take part for 55% in all bauxite mining activities in West Suriname. The government and the companies are looking into cost-effective ways to develop the new mines. The preeminence of bauxite and ALCOA's continued presence in Suriname is a key element in the U.S.-Suriname economic relationship.

After the return to a more or less democratically elected government in 1991, Dutch aid resumed. The Dutch relationship continues to be an important factor in the economy, with the Dutch insisting that Suriname undertake economic reforms and produce specific plans acceptable to the Dutch for projects on which aid funds could be spent. In 2000, however, the Dutch revised the structure of their aid package and signaled to the Surinamese authorities their decision to disburse aid by sectoral priorities as opposed to individual projects. Although the present government is not in favor of this approach, it has identified sectors and is now working on sectoral analyses to present to the Dutch.

After a short respite in 1991–1996, when measures taken in 1993 led to economic stabilization, a relatively stable exchange rate, low , sustainable fiscal policies, and growth, Suriname's economic situation deteriorated from 1996 to the present. This was due in large part to loose fiscal policies of the Wijdenbosch government, which, in the face of lower Dutch development aid, financed its deficit through credit extended by the central bank. As a consequence, the parallel market for foreign exchange soared so that by the end of 1998, the premium of the parallel market rate over the official rate was 85%. Since over 90% of import transactions took place at the parallel rate, inflation took off, with 12-month inflation growing from 0.5% at the end of 1996, to 23% at the end of 1998, and 113% at the end of 1999. The government also instituted a regime of stringent economic controls over prices, the exchange rate, imports, and exports, in an effort to contain the adverse efforts of its economic policies. The cumulative impact of soaring inflation, an unstable exchange rate, and falling real incomes led to a political crisis.

Suriname elected a new government in May 2000, but until it was replaced, the government continued its loose fiscal and monetary policies. By the time it left office, the exchange rate in the had depreciated further, over 10% of had been borrowed to finance the fiscal deficit, and there was a significant monetary overhang in the country. The new government dealt with these problems by devaluing the official exchange rate by 88%, eliminating all other exchange rates except the parallel market rate set by the banks and cambios, raising tariffs on water and electricity, and eliminating the on . The new administration also rationalized the extensive list of price controls to 12 basic food items. More important, the government ceased all financing from the . It is attempting to broaden its economic base, establish better contacts with other nations and international financial institutions, and reduce its dependence on Dutch assistance. However, to date the government has yet to implement an investment law or to begin of any of the 110 parastatal, nor has it given much indication that it has developed a comprehensive plan to develop the economy.

is relatively unregulated by the , and this important part of the informal economy (estimated as much as 100% of GDP). The mining process is very bad for the environmental, making the water used by the local people undrinkable because of the use of some chemicals. Suriname has attracted the attention of international companies in gold exploration and exploitation. Companies present include , , , , .

Some big companies are getting the out of the jungle. However, proposals for exploitation of the country's tropical forests and undeveloped regions of the interior traditionally inhabited by indigenous and communities have raised the concerns of environmentalists and activists both in Suriname and abroad. These opposing parties are not yet strong in suriname.

State-owned banana producer closed its doors on April 5, 2002, after its inability to meet payroll expenses for the second month in a row; it is still unclear if Surland will survive this crisis.

Moreover, in January 2002, the government renegotiated wages (a significant part of the work force and a significant portion of government expenditure), agreeing to raises as high as 100%. Pending implementation of these wage increases and concerned that the government may be unable to meet these increased expenses, the local currency weakened from Sf 2200 in January 2002 to nearly Sf 2500 in April 2002. On March 26, 2003, the (CBvS) adjusted the of the U.S. dollar. This action resulted in further devaluation of the . The official exchange rate of the US$ was SF 2,650 for selling and SF 2,600 for purchasing. With the official exchange rate, the CBvS came closer to the exchange rate on the parallel market which sold the U.S. dollar for SF 3,250.