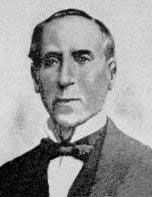 Born in , Payne grew up in a highly religious family and was a devout . Payne was nearly white and could have passed for a white man; he was said to be only 1/8th black. While a child, his family moved to , run by the , to begin a new life.

Aside from religion, he showed interest in and , areas he later became a successful author in. He was appointed by the government to work finalizing the breakage of Liberia's ties to the American Colonization Society.

During his presidency Payne fought to end the slave trade existing on Liberia's coast. (Other reports though ( and ) say: “The slave trade from Liberian ports was ended by the British Navy in the 1850s”). He also improved government relations with the natives, who he felt politics had for the most part ignored.

Over the decades after 1868, escalating economic difficulties began to weaken the state's dominance over the coastal indigenous population. When the financially burdened ACS withdrew its support, conditions worsened as Liberia tried desperately to modernize its largely agricultural economy. The cost of imports was far greater than the income generated by exports of coffee, rice, palm oil, sugarcane, and timber. Payne increased the country's foreign trade.

Denmark recognized Liberia either in 1869 or 1849 (accounts differ).

The decades after 1868, escalating economic difficulties weakened the state's dominance over the coastal indigenous population. Conditions worsened, the cost of imports was far greater than the income generated by exports of coffee, rice, palm oil, sugarcane, and timber. Liberia tried desperately to modernize its largely agricultural economy.

Immediately after his inauguration in January 1876 Payne turned his attention to the war that had broken out in , Maryland County, the previous September. The situation in this area was particularly serious as Britain was supplying ammunition to the contesting parties. Payne appealed to the U.S. for assistance and was taken to Cape Palmas to negotiate in an American man-of-war. These negotiations were successful and a peace treaty was signed on . Payne returned to Monrovia but his financial scope for policies was greatly reduced during his term due to the war, estimated at around 60,000 pounds.

Besides Payne's descendants in Liberia the branch of the are descended from Payne through Anna Erskine, the partner of .