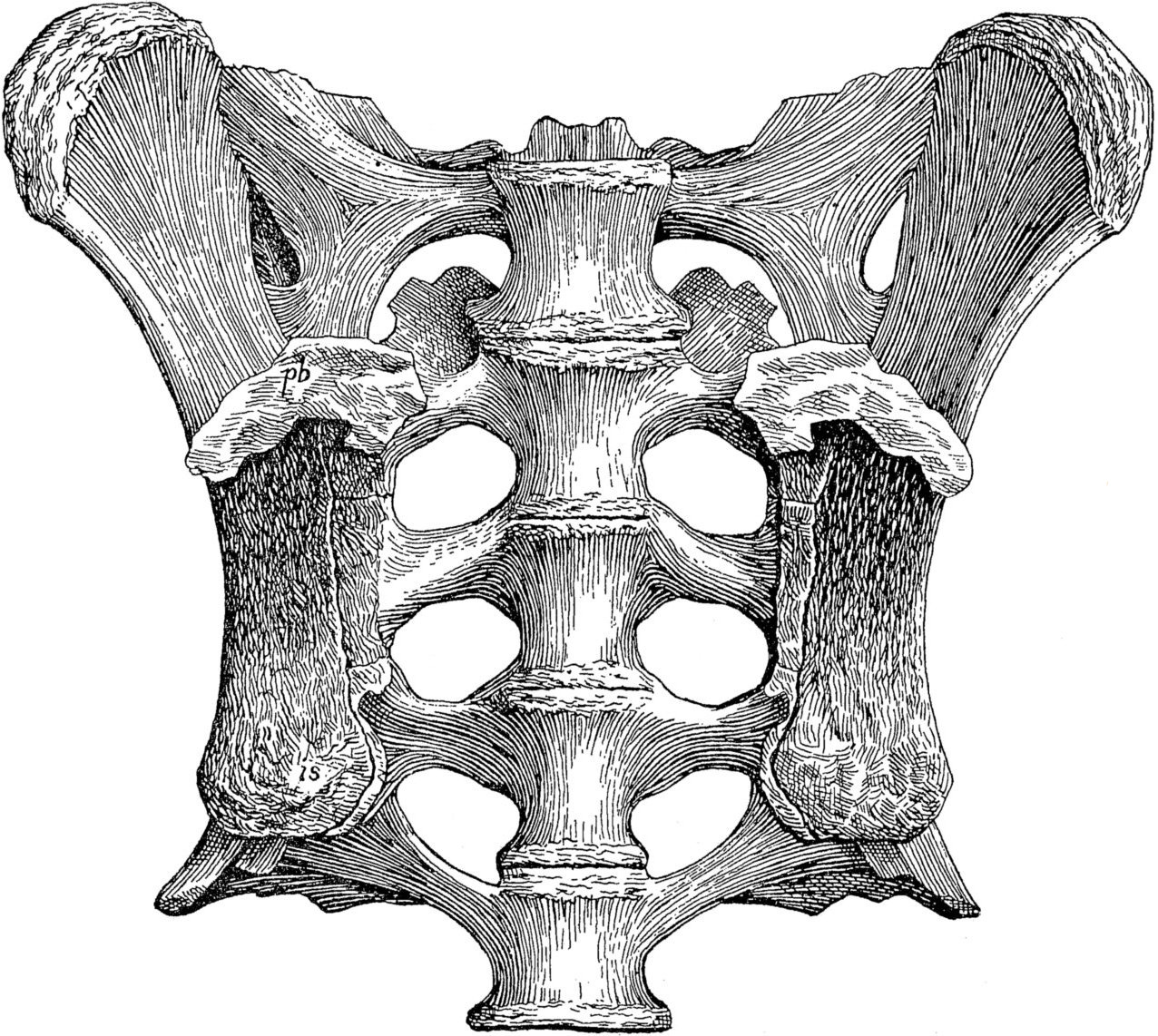 "Haplocanthosaurus" (meaning "simple spined lizard") is a of . Two species, "H. delfsi" and "H. priscus", are known from incomplete skeletons. It lived during the late period ( - stages), 144 to 156 million years ago. It was first discovered by a young college student named Edwin Delfs in . "Haplocanthosaurus" specimens have been found in the very lowest layer of the , along with "", "", and "Allosaurus jimmadensi".

Originally described as a "cetiosaurid", decided in 1999 that "Haplocanthosaurus" differed enough from other sauropods to warrant its own family, the Haplocanthosauridae.

studies have failed to clarify the exact relationships of "Haplocanthosaurus" with any certainty. Studies have variously found it to be more primitive than the neosauropods,

In 2005, and Mike Taylor reviewed the various proposed positions of "Haplocanthosaurus" in their study of diplodocoid phylogeny.

There are four known specimens of "Haplocanthosaurus", one of "H. delfsi", and three of "H. priscus". Of these, the type of "H. delfsi" is the only adult, and the only one complete enough to mount. The mounted specimen of "H. delfsi" now stands in the , albeit with a dragging tail posture and a completely speculative replica skull, as the actual skull was not recovered.

-The Cleveland Museum of Natural History