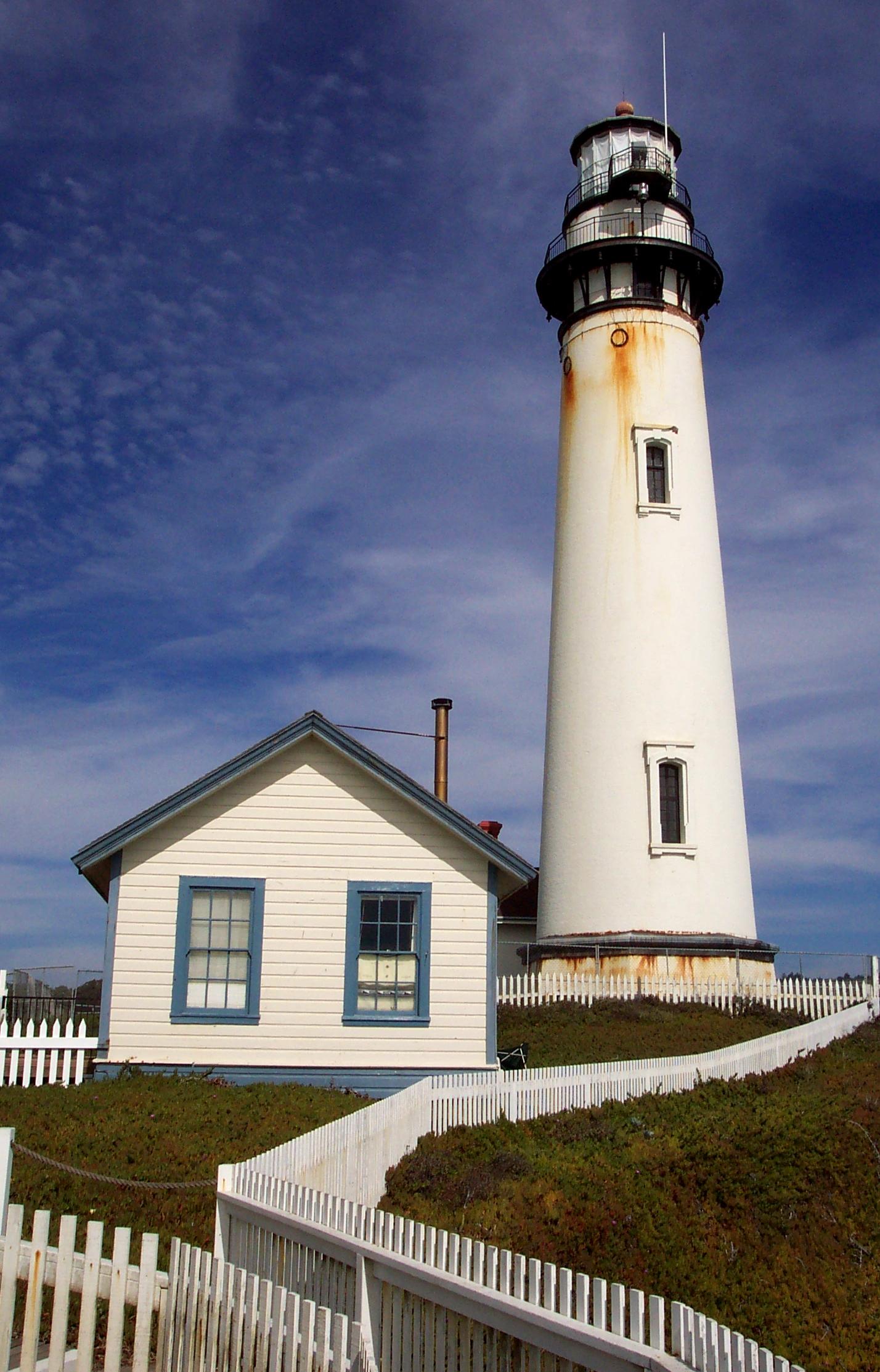 Pigeon Point Light Station or Pigeon Point Lighthouse is a built in 1871 to guide ships on the Pacific coast of . It is one of the tallest lighthouses in the . It is still an active Coast Guard aid to navigation. Pigeon Point Light Station is located on the coastal highway (State Route 1), convert|5|mi|km|0|lk=on south of . The convert|115|ft|m|0|adj=on, white masonry tower, resembles the typical New England structure. Because of its location and ready access from the main highway, Pigeon Point entertains a large number of public visitors.

The lighthouse and the land around have been preserved as Pigeon Point Light Station State Historic Park, a California . It is between Santa Cruz and San Francisco.

Pigeon Point Lighthouse is one of the most picturesque lighthouses on the Pacific coast. The tower stands on a rocky promontory and has long been a landmark for ships approaching from the south. This headland, and hence the lighthouse, took its name from the ship "Carrier Pigeon" that wrecked here in 1853.

The lantern room of the tower is equipped with the original first-order . Illuminated for [http://antwrp.gsfc.nasa.gov/apod/ap071126.html demonstration purposes] only today, the lens has 24 flash panels, is composed of 1008 hand-polished lenses and prisms and is capable of producing over 500,000 candlepower illumination. It was manufactured by the Henry-LePaute company in Paris, France and was first lit at Pigeon Point at sunset on , .

In 1972, the mounted a 24-inch on the front of the tower and officially retired the Fresnel lens from regular duty. The Fresnel lens is now lit only to celebrate special occasions, such as the annual lighting of the lens, which usually occurs in mid-November (closest Saturday to Nov. 15) the date of the original first lighting in 1872. The light (outside aerobeacon) is still an active aid to navigation.

The tower has been closed to tours since December 2001 because of collapse of brickwork supporting outside access walkways on the top of the structure. The California State Park system has promised repairs, but it is estimated that even if funds were available, it would be seven to ten years before the repairs would be completed.

The restored lighthouse keepers housing also serves as a for travelers. The hostel is operated by the Golden Gate Council of . The four three-bedroom houses next to the lighthouse have overnight lodging for up to 50 people of all ages. Each house has three male or female bunk rooms. Separate bunk rooms can be reserved for families or couples. Hostel guests share bathrooms, kitchens and living rooms. An outdoor hot tub can be rented in the evenings.