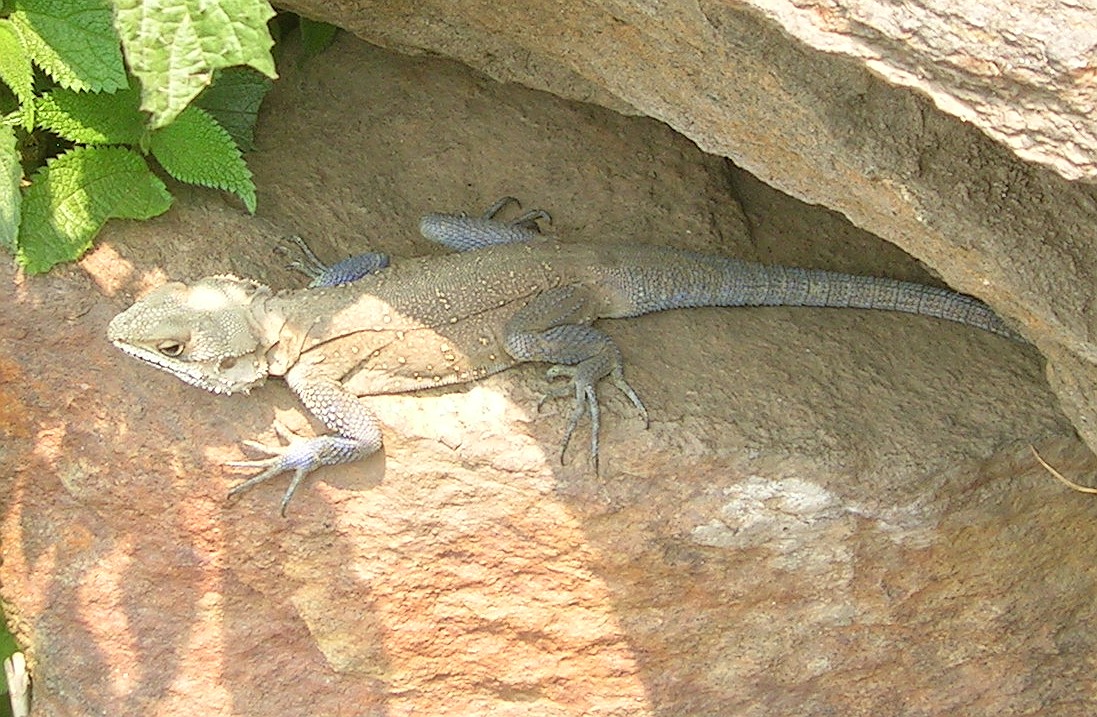 Head much depressed; snout longer than the diameter of the orbit; nostril lateral, below the "canthus rostralis", slightly tubular. Upper head-scales smooth or feebly keeled: occipital not enlarged; small closely-set spinose scales on the sides of the head near the ear, and on the neck; ear entirely exposed, larger than the eye-opening. Throat strongly plicate; no gular pouch. Body depressed, with a more or less distinct fold on each side of the back; scales on the neck and sides minute, almost granular, keeled, uniform or intermixed with scattered enlarged scales; those on the vertebral region enlarged, equal, rhomboidal, imbricate, strongly keeled; a very slight indication of a nuchal denticulation; ventral scales smooth, nearly as large as the enlarged dorsals. Limbs strong, with compressed digits; the scales on the upper surface of the limbs much enlarged and very strongly keeled; third and fourth fingers equal, or fourth very slightly longer; fourth toe slightly longer than third, fifth extending beyond first. Tail rounded, much depressed at the base, covered with moderate-sized strongly keeled scales arranged in rings; its length equals 2.5 to 3 times the distance from gular fold to vent.

Males with a large patch of thickened preanal scales and a patch of similar scales on the middle of the belly. Olive-brown above, spotted or speckled with blackish, sometimes with small yellowish spots; the breeding male's throat blue, with light spots; sometimes a light vertebral band. [Boulenger, G. A. 1890 Fauna of British India. Reptilia and Batrachia]