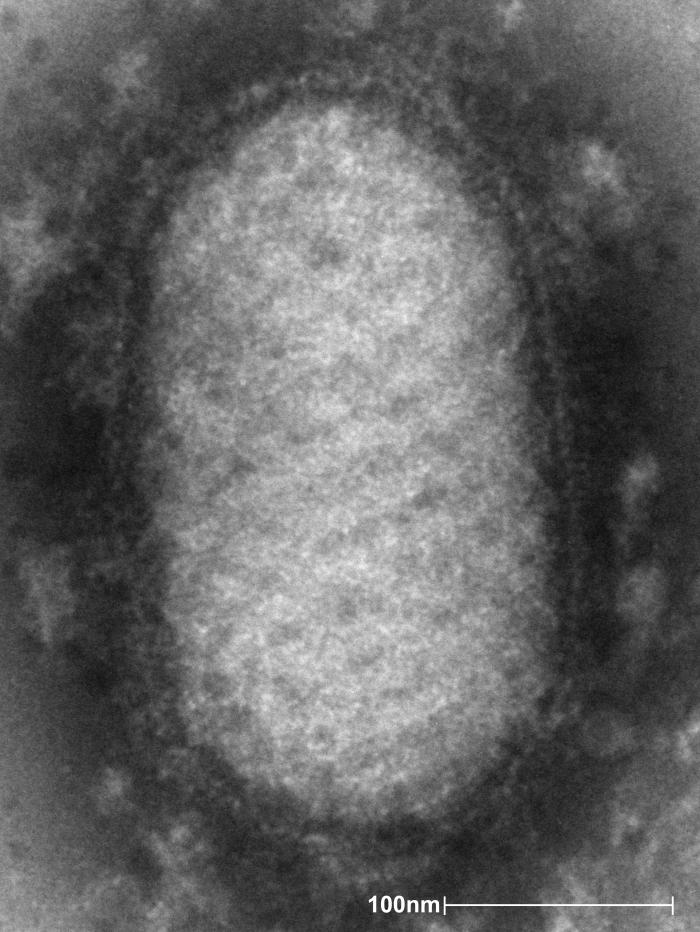 Orf in sheep and goats

It has been recorded since the late 1800s and has been reported from most sheep- or goat-raising areas including those in Europe, the Middle East, the United States, Africa, Asia, Alaska, South America, Canada, New Zealand and Australia.

A live virus is made from scab material and usually given to ewes at the age of two months, but only to lambs when there is an outbreak.

In sheep and goats the lesions mostly appear on or near the hairline and elsewhere on the lips and muzzle. In some cases the lesions appear on and in the nostrils, around the eyes, on the thigh, coronet, vulva, udder and axilla. In rare cases, mostly involving young lambs, lesions are found on the tongue, gums, roof of the mouth and the oesophagus. It has also been reported a number of times to cause lesions in the rumen. In one case it was shown that a severe form of orf virus caused an outbreak involving the gastrointestinal tract, lungs, heart, as well as the buccal cavity, cheeks, tongue and lips. Another severe case was reported pharyngitis, genital lesions and infection of the hooves which led to lameness and, in some cases, sloughing of the hoof.

More typically sheep will cure themselves of orf within a week or so as the disease runs its course. Sheep custodians can assist by applying antibiotic sprays on to large scabs, ensuring infected lambs receive sufficient milk and separating out the infected stock to slow down cross-transmission to healthy animals. It is advisable for those handling infected animals to wear disposable gloves to prevent cross-infection and self-infection. Vets need to be contacted if there is a risk of misdiagnosis with other, more serious conditions.

Orf is a zoonotic , meaning humans can contract this disorder through direct contact with infected sheep and goats or with fomites carrying the orf virus. It causes a -appearing locally and generally no systemic symptoms. Infected locations can include the finger, hand, arm, face and even the penis (caused by infection from the hand during urination). Consequently it is important to observe good personal hygiene and to wear gloves when treating infected animals.

While orf is usually a benign self-limiting illness, it can be very progressive and even life-threatening in the immune-compromised host. One percent topical has been successfully used in a few patients with progressive disease. Serious damage may be inflicted on the eye if it is infected by orf, even among healthy individuals. The disease can live in the soil for at least six months.

Orf in other animals

Primarily, orf is a disease of sheep and goats although it has been reported as a natural disease in the following: man, steenbok and alpacas, chamois and thar, reindeer, musk ox, the dog, the mountain goat, bighorn sheep, dall sheep, and the red squirrel.