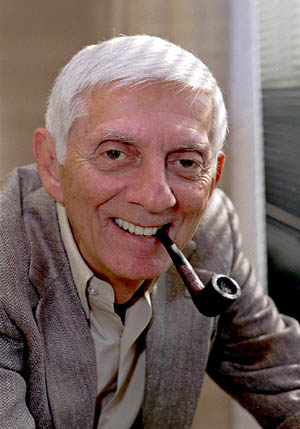 Spelling was born in , to Pearl (née Wald) and David Spelling (originally Spurling), ish immigrants from and , respectively. [http://www.genealogymagazine.com/torispelling.html] Aaron also has a brother named Daniel Spelling living in San Francisco, who appeared on 's television show "".At the age of eight, Spelling lost the use of his legs ally due to trauma caused by constant from his schoolmates, and was confined to bed for a year. [ [http://movies.nytimes.com/person/112276/Aaron-Spelling/biography Aaron Spelling - Trailer - Showtimes - Cast - Movies - New York Times ] ]

Spelling sold his first script to "Jane Wyman Theater" in 1954. He went on to write for , "", and "Last Man", amongst others. Later, he also found work as an actor. In total he played screen parts in 22 programs (in several shows, a few episodes, yet none of his flagships) and perhaps the best known being "" between 1956 and 1997. During the 1950s, Spelling joined Powell's Four Star Productions.

After Powell's death, Spelling formed Thomas-Spelling Productions with . Their first success was with the television show "". In total he wrote for fourteen television productions between 1957 and 1974, including several series with multiple episodes to his credit. Spelling and Thomas produced two 1960s series for : "The Tycoon" and "", both on ABC. He also began a collaboration at that time with associate producer Shelley Hull, who, aside from "Mod Squad", worked with Spelling on "" and "". Hull also worked with Spelling in 1976 on the hit ABC movie "", starring a young . Spelling directed only once, on "The Conchita Vasquez Story", a 1959 episode of "".

Spelling divorced Jones in 1965 and, in 1968, married Carole Gene Marer, who took his name as Candy Spelling. He fathered Victoria Davey Spelling and Randall Gene Spelling, both of whom became actors as teenagers, as Tori and . They appeared in several of their father's productions, most notably in "".

The pivotal moment for the maturation of Spelling was the Kent State shootings of May 4, 1970. Spelling knew two of the students who had been killed, and even claimed to see one student, , with exit wounds from the M1 Garand rifle. At this moment, Spelling claims he changed the idea of into a tragic concept.

In 1991, Spelling bought the home and six-acre lot of 's former house.

He also appeared as himself on 27 programs between 1992 and 2005. After 2000, Spelling rarely gave interviews, though he remained active as CEO and continued to give notes on productions, day to day control of the company was handled by his longtime producing and business partner E. Duke Vincent and company president, Jonathan Levin.

In 2004, Spelling was portrayed by in the NBC film "Behind the Camera: The Unauthorized Story of Charlie's Angels".

He also produced the miniseries "And the Band Played On", based on 's bestseller. The miniseries won an , Spelling's first.

On January 28, 2006, Spelling was sued by his former nurse, who sought unspecified damages for 10 claims, including , , retaliation, sexual battery, , wrongful termination and intentional infliction of emotional distress.