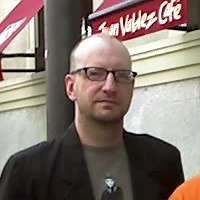 Steven Andrew Soderbergh (born January 14, 1963) is an American producer, , , editor, and -winning director. He is best known for directing the films "", "Traffic", and the "Ocean's Eleven" franchise.

Soderbergh was born in , the son of Mary Ann (née Bernard) and Peter Andrew Soderbergh, who was a university administrator and educator. [ [http://www.filmreference.com/film/57/Steven-Soderbergh.html Steven Soderbergh Biography (1963-) ] ] He has Swedish ancestry (the family's original surname in Swedish, Söderberg, was changed to Soderbergh when they immigrated to the United States). When he was a child, his family moved from Atlanta to , where his father became Dean of Education at (LSU). There he discovered filmmaking as a teenager, directing short s with equipment borrowed from LSU students. [cite web | url = http://www.hollywood.com/celebrity/Steven_Soderbergh/194792 | title = Steven Soderbergh at Hollywood.com | accessdate = 2007-12-20]

His primary high school education was at , a K-12 school that is directed by the University. While still taking classes there around the age of fifteen, Soderbergh enrolled in the university's film animation class and began making short 16 mm films with secondhand equipment. [cite web | url = http://www.imdb.com/name/nm0001752/bio | title = Biography of Steven Soderbergh | publisher = Internet Movie Database | accessdate = 2007-12-19]

It wasn't until Soderbergh came back to Baton Rouge that he conceived the idea for "" (1989), which he wrote in eight days.

"sex, lies, and videotape" was followed by a series of low-budget box-office disappointments: "Kafka", a biopic mixing fact and Kafka's own fiction (notably "The Castle" and ""), written by and starring as ; "King of the Hill" (1993), a critically acclaimed Depression-era drama; "Underneath" (1995), a remake of 's 1949 film noir "Criss Cross"; and "" (1996), a comedy which he starred in, wrote, composed, and shot as well as directed.

Making good on his "Schizopolis"-inspired "artistic wake-up call," his commercial slump ended in 1998 with "", a stylized adaptation of an novel, written by and starring and . [cite web|url=http://www.allmovie.com/cg/avg.dll?p=avg&sql=1:136312~C|title=allmovie ((( Schizopolis &gt; Overview )))|accessdate=2007-12-19] The film was widely praised, though only a moderate box-office success. It reaffirmed Soderbergh's potential, sparking the beginnings of a lucrative artistic partnership between Clooney and Soderbergh.

Soderbergh followed up on the success of "Out of Sight" by making another crime caper, "" (1999), from an original screenplay by and starring veteran actors and . The film was well-received, but not as much as "Erin Brockovich" (2000), a "" movie" he directed, written by and starring in her Oscar-winning role as a single mother taking on industry in a civil action. [cite web|url=http://www.villagevoice.com/news/0101,lim,21165,1.html|title=Both Sides Now. Having Your Way With Hollywood, or the Further Adventures of Steven Soderbergh|author=Dennis Lim|date=2001-01-03] Later that year, Soderbergh released his most ambitious project yet (with a running time of 147 minutes, the film had 135 speaking parts set in eight different cities), "Traffic", a social drama written by and featuring an ensemble cast.

"Traffic" became his most acclaimed movie since "sex, lies, videotape", and earned him an Academy Award for Best Director. He was also nominated that same year for "Erin Brockovich". He is the only director to have been nominated in the same year for Best Director for two different films by the , the and the . The double nomination was the first in 60 years. (In 1938, was nominated twice, for and , but did not win for either film.)

"Ocean's Eleven" (2001), featuring an all-star cast and flashy , is Soderbergh's highest grossing movie to date, grossing more than $183 million. [cite web|url=http://www.boxofficemojo.com/people/chart/?id=stevensoderbergh.htm|title=Steven Soderbergh Movie Box Office Results|accessdate=2007-12-19] The film's star, George Clooney, subsequently appeared in "Solaris" (2002), marking the third time the two have headlined a film. In the same year, Soderbergh made "Full Frontal" which was shot mostly on digital video in an improvisional style that deliberately blurred the line between which actors were playing characters and which were playing fictionized versions of themselves. A film within a film, the title is a film industry reference to an actor or actress appearing fully nude (aka, "full frontal nudity"). Also in 2002, Soderbergh was elected First Vice President of the . [cite press release | publisher = Directors Guild of America | title = Guild's National Board elects Martha Coolidge first woman president of DGA | url = http://www.dga.org/news/pr_expand.php3?245 | date = 2002-03-09]

Following up "Full Frontal" stylistically was Soderbergh next project, "K Street" (2003), a ten-part political series he co-produced with Clooney. The series was noteworthy for being both partially improvised and each episode being produced in the 5 days prior to airing to take advantage of topical events that could be worked into the fictional narrative. Actual political players appeared as themselves, either in cameos or fictionalized versions of themselves (as were the leads, real life husband and wife and ). The show caused a stir during the 2004 Democratic Primary when Carville gave candidate a soundbite during a location shoot that Dean then used in a debate.

In 2006, Soderbergh raised eyebrows with "Bubble", a $1.6 million film featuring a cast of nonprofessional actors. It opened in selected theaters and simultaneously, and four days later on . Industry heads were reportedly watching how the film performed, as its unusual release schedule could have implications for future feature films. [cite audio|title=Will Soderbergh's 'Bubble' Burst on Hollywood?|accessdate=2007-12-19|date=2006-01-24|url=http://www.npr.org/dmg/dmg.php?prgCode=FA&showDate=24-Jan-2006&segNum=2&mediaPref=WM&getUnderwriting=1] [cite web|url=http://www.hollywoodreporter.com/thr/columns/risky_business_display.jsp?vnu_content_id=1002198452|title=Distributors hold firm against day-and-date|date=2006-03-17|author=Anne Thompson|publisher=The Hollywood Reporter] Theater-owners, who at the time had been suffering from dropping attendance rates, did not welcome so-called "day-and-date" movies. [cite web|url=http://www.backstage.com/bso/news_reviews/film/article_display.jsp?vnu_content_id=1002197235|title=Challenges Seen for Film Biz After 2005 Slide|author=Anne Thompson|date=2006-03-15] National Association of Theatre Owners president and CEO John Fithian indirectly called the film's release model "the biggest threat to the viability of the cinema industry today." [cite web|url=http://www.usatoday.com/tech/news/2006-01-18-bubble-theater-threat_x.htm|title='Bubble' hits theaters, TV, DVD on same day|publisher=USA Today|author=Gary Gentile|date=2006-01-18] Soderbergh's response to such criticism: "I don't think it's going to destroy the movie-going experience any more than the ability to get takeout has destroyed the restaurant business." The film did poor business both at the box office and on the home video market. [cite web|url=http://www.madison.com/tct/archives/index.php?archAction=arch_read&a_file=%2Ftct%2F2006%2F03%2F17%2F0603170328.php|title=Independents' day smaller markets to get films on TV at the same time they hit the theaters|author=Rob Thomas|date=2006-03-17|publisher=The Capital Times] Nevertheless, Soderbergh is on contract to deliver five more day-and-date movies. In fall of 2006 he contributed a mini-essay on hotel pornography, along with an accompanying series of long-exposure photographs, to [http://www.anthem-magazine.com Anthem] magazine's November/December issue.

In 2007, Soderbergh and contributed an audio commentary to the DVD re-release of "" by the .

Directorial style and collaborations with actors

"I've always gotten along with them," says Soderbergh of actors, "I try and make sure they're OK, and when they're in the zone, I leave them alone. I don't get in their way." His non-intrusive directorial style has attracted repeat performances by many high-profile movie stars. [cite web|url=http://www.hollywood.com/feature/id/471293|title="Traffic": Steven Soderbergh Interview|publisher=Hollywood.com|author=Ellen A. Kim|date=2000-12-03] Julia Roberts had supporting roles in "Ocean's Eleven", "Ocean's Twelve", and "Full Frontal", and won an for her lead in "Erin Brockovich". , who also won an Academy Award for his work in a Soderbergh film ("Traffic"), is starring in the upcoming "Guerrilla" and "". Other frequent sightings in Soderbergh's filmography include s ("Out of Sight", "The Limey", and "Traffic") and ("Out of Sight", "Traffic", "Ocean's Eleven", "Ocean's Twelve", and "Ocean's Thirteen"). But the actor who played the leading role in no fewer than six of his films is George Clooney, with whom he co-owns the film production company, . Section Eight produced the critical hits "", "Insomnia", and "" as well as the Clooney-directed films "" and ""

Soderbergh often acts as his own under the alias of Peter Andrews and occasionally as his own editor under the alias of Mary Ann Bernard. While shooting "Traffic", Soderbergh wanted a credit of "Photographed and Directed by". The Writer's Guild (WGA) wouldn't allow another credit ahead of the writer. Because Soderbergh didn't want his name used more than once, he adopted a pseudonym, Peter Andrews, his father's first and middle names.

A Warner Brothers film will have Soderbergh working with again. A true story, " The Informant", will have Matt Damon playing the role of , a corporate . Whitacre wore a wire for two and a half years for the as a high-level executive at a company, (ADM), in one of the largest cases in history. [cite web|url=http://www.hollywood.com/movie/The_Informant/3464215|title=The Informant|publisher=Hollywood.com|accessdate=2007-12-19] Filming is expected to commence on April 15, 2008. The script for the movie was written by Scott Z. Burns based on ’s book, "The Informant".

Soderbergh often utilizes to construct/compose the soundtracks to his movies, and when not cutting his own films, he relies on editor .

Soderbergh has made big-budget Hollywood films as well as art-house independent films; works with above-the-title movie stars and unknowns; directs adaptations and original material, both of which written by himself as well as other screenwriters.

His films are, in almost every instance, distinct in atmosphere and tone.

But while Soderbergh's subject matter is highly varied, many of his films feature as a central theme the exploration of the act or moral consequences of lying. For example, the protagonists in two early films, "King of the Hill" and "", are both pathological liars (one in training, one in recovery), while most of the characters in both Oceans films are con artists. It is interesting to note that he directed in "Gray's Anatomy" after "King of the Hill", an actor who often commented that he was unable to "make anything up". "Full Frontal" is another film in this thread, where seemingly the fundamental dishonesty of the entire filmmaking process is exposed. More distantly, Soderbergh's interest in , as seen in "" and the Oceans films, may be seen as part of this theme, based on the conjectured origin of Cockney rhyming slang as a language game.

Some critics can make sense of Soderbergh's brave (albeit some times exasperating) folly into experimental filmmaking, others not so much. In his review of "Full Frontal" film critic commented that, "Every once in a while, perhaps as an exercise in humility, Steven Soderbergh makes a truly inexplicable film... A film so amateurish that only the professionalism of some of the actors makes it watchable... It's the kind of film where you need the director telling you what he meant to do and what went wrong and how the actors screwed up and how there was no money for retakes, etc."

Soderbergh has, nonetheless, been dubbed a stylistic chameleon by Anne Thompson of "Premiere Magazine". Drew Morton has extensively researched Soderbergh and has tied him to a modern movement much like the . [cite web|url=http://stevensoderbergh.net/articles/2000/premiere.php|title=Steven Soderbergh: The Filmmaker Series|author=Anne Thompson|accessdate=2007-12-19] [cite web|url=http://stevensoderbergh.net/articles/2003/frenchnewwaveinfluences.php|title=French New Wave Influences in Steven Soderbergh Films|author=Drew Morton|accessdate=2007-12-19]

This is a good moment to comment on the cottage industry that has sprung up around "How To ..." Screenwriting manuals. I think of this because Towne's script, "" is often cited as a great template (which it is) but, invariably, with no understanding or acknowledgment of the role "" has in shaping a finished work.

So any discussion that omits this issue shows a palpable lack of experience in theactual making of films on the part of the scriptwriting teacher/author.