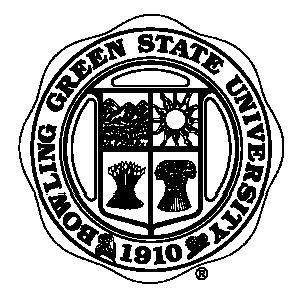 Bowling Green State University (BGSU) is a public four-year institution located in , USA, about 20 miles south of on . The institution was granted a charter in 1910 by the State of Ohio as part of the , which also established . For the 2007&ndash;2008 academic year BGSU has a student body of over 20,000, of which 3,000 are graduate students [cite web | url=http://www.bgsu.edu/offices/ir/factbook/student/headcount-en/clas.htm | title=Headcount Enrollment by Class Level | publisher=Bowling Green State University Office of Institutional Research | accessdate=2008-04-06] .

BGSU offers over 200 undergraduate programs [cite web | url=http://go2.bgsu.edu/choose/about/ | title=BGSYou at a Glance | publisher=Bowling Green State University Office of Admissions | accessdate=2008-04-06] , as well as various master's and doctoral degrees, including the nation's first program in science and one of the first undergraduate programs in . In addition, BGSU has accreditation from the (HLC) of the to offer full degree programs online.

Housed within the School of Communication Studies is the national and international award-winning Falcon Forensics, Speech and Debate Team, established in 1919. BGSU is home of the national literary journal Mid-American Review, which publishes new works of fiction, poetry, and nonfiction, and which also sponsors Winter Wheat: The Mid-American Review Festival of Writing each November.

Originally known as Bowling Green State Normal School [ [http://www.ohiohistorycentral.org/entry.php?rec=657 Bowling Green State University - Ohio History Central - A product of the Ohio Historical Society ] ] , it was one of several institutions established in the Progressive Era to meet demands for training and professional development of teachers. Classes began in 1914, enrolling 304 students primarily from Ohio and a few from Michigan and New York who were taught by the original faculty of 21. The school graduated 35 certified teachers in 1915, the same year that the campus’ first two buildings, University Hall and Williams Hall, opened their doors. Two years later the first baccalaureate degrees were awarded. Setting the pace for teacher education in Ohio with four-year degree programs, Bowling Green State Normal School achieved the status of college in 1929 and expanded its curriculum through the addition of the College of Liberal Arts, now known as the "College of Arts and Sciences" [ [http://www.bgsu.edu/colleges/as/ BGSU :: College of Arts and Sciences :: College of Arts and Sciences ] ] [http://www.bgsu.edu/offices/sa/life/traditions/page11690.html] [http://www.ohiohistorycentral.org/entry.php?rec=657] .

On October 28, 1927, the nickname “Falcons” was originated by the sports editor of the Daily Sentinel-Tribune. He thought the was fitting because it was indicative of a powerful bird that was small in stature, its coloring represented the Bowling Green school colors, and like the athlete, the falcon is a bird that goes through a long period of training before battle. At the time the school was still named Bowling Green State Normal College, Common nicknames, used by sports writers throughout the state, were “B.G. Normals,” “Teachers,” and the “B.G. Pedagogues" [ [http://www.bgsu.edu/offices/sa/life/traditions/page11696.html Bgsu :: Student Life :: Bgsu History And Traditions ] ]

The addition of graduate programs and the College of Business Administration helped to raise the status of the institution from the college level when it was designated Bowling Green State University in 1935. With continued growth, the "Graduate School" was formed, and BGSU awarded its first doctoral degree in English in 1963 [ [http://www.bgsu.edu/offices/sa/life/traditions/page11690.html Bgsu :: Student Life :: Bgsu History And Traditions ] ] .

In 2003, the Cedar Point Center, BGSU’s most technologically sophisticated facility, opened its doors on the Firelands campus to serve constituents of the University and the community.

For instance, The Women's Center, founded in 1998, provides a place for the community to gather and serves as a resource center. Many student organizations meet at the center. The center hosts brown bag lunches once a month where all are welcome to join in informal discussions on topics of broad interest.

The Business Administration College was recognized as one of the top business schools by [ [http://www.princetonreview.com/mba/research/rankings/rankings.asp Business School Rankings | The Princeton Review ] ] in its 2008 guide entitled "Best 290 Business Schools" BGSU's identifying the best graduate programs, and BGSU is among the best. 2008 marks the fourth time the university has appeared on the Princeton Review. [ [http://www.bgsu.edu/offices/mc/news/2007/news39311.html BGSU :: Offices :: BGSU MBA program high on Princeton Review's list ] ] .

BGSU has a thriving Canadian Studies program, one of the largest in the United States in terms of the number of courses offered and students enrolled. The Canadian Studies Center educates students and the public about the importance of trade, security, and cultural relationships with America's neighbor to the north. Students can earn a Canadian Studies minor which provides an international perspective and prepares them for work in a globalizing economy.The Center for Environmental Programs is part of the newest school at BGSU: The School of Earth, Environment, and Society (SEES). The school is a combination of the Center for Environmental Programs, Geology, and Geography. Providing a multi-disciplinary approach better prepares students to contribute society.

The university's Ph.D. program in Industrial-Organizational Psychology program is ranked #3 in the nation (behind Michigan State and Minnesota and ahead of Penn State and Illinois) by the U.S. News and World Report. [cite web | url=http://grad-schools.usnews.rankingsandreviews.com/usnews/edu/grad/rankings/phdhum/brief/psysp5_brief.php | title=America's Best Graduate Schools: Psychology - Industrial/Organizational Psychology| publisher=US News and World Report | accessdate=2008-03-03] BGSU's I-O psychology program was founded by noted I-O psychologists Robert Guion and Patricia Cain Smith. Its graduates have gone on to success in academia, private industry, and government.

The Supply Chain Management program in the Department of Management, College of Business Administration at BGSU In 2005 the ranked the program as 19th on the list of the leading undergraduate supply chain management and logistics programs nationwide. Then in 2007, ranking 16th in the nation according to 2007-08 US News and World Report.The magazine’s The rankings were based on a survey of deans and senior faculty from undergraduate business programs accredited by the Association to Advance Collegiate Schools of Business. In addition to rating the quality of overall programs they are familiar with, the deans and faculty were asked to nominate the best programs in specialty areas, including supply chain management and logistics. BGSU's Supply Chain Management program is part of the College of Business Administration. The program prepares students for the managing all the activities, material flows, and information required to create and to deliver products and services from raw materials to the final consumers [ [http://www.bgsu.edu/offices/mc/news/2004/news6825.html BGSU :: Offices :: Supply chain management program ranks in top 20 ] ] .

note: BGSU's doctoral program in history is one of the few in the country that focuses on policy history—the integration of political and institutional history with social and cultural history—to examine the context, implementation, and s of policy decisions.

Bowling Green's sports teams are called the Falcons. The Falcons participate in NCAA (Division I-A for football) and in the and the . BGSU is one of only 13 universities in the country offering NCAA division I-A football, division I men's and women's , and division I . The Falcons have won three conference championships in a row in women's basketball in 2005, 2006, and 2007. In advancing to the each of those years, the Falcons lost in the first round in 2005 and 2006, but then won their first two games on their way to the "Sweet Sixteen" in 2007. The women's soccer team won the conference crown in 2005.

The Falcons' main rivals are the Rockets of the . Separated by just 20 miles on , the two schools celebrate a heated rivalry in several sports. The most well-known of these games is the , a football game held each year in which the winner takes home the Peace Pipe, an American Indian peace pipe placed upon a wood tablet.

The 1984 Falcons hockey team defeated the , in the longest college hockey championship game in history, to win the NCAA National Championship.

The Bowling Green Dance team performs at many BGSU sporting events. They are well known for their high-energy, spirited performances.

University of Florida coach Urban Meyer coached at BGSU earlier in the decade for 2 seasons (2001 and 2002).

The football team plays its home games in . Men's and women's basketball is played at with the hockey team playing inside the . The Ice Arena is one of the few in the country with facilities for the sport of . is the home of BGSU's baseball team. The Sebo Athletic Center, which opened in 2007, is a new facility located behind the northern end zone at Doyt Perry Stadium and houses training facilities and offices for the athletic department.

BGSU has many services for students, faculty and community members that help connect academics with real life experiences.

For the fourth consecutive year in 2007, BGSU was listed for its residential living/learning communities in U.S. News & World Report's “America's Best Colleges” under “Programs to Look For,” a section of the guide that notes “outstanding examples of academic programs believed to lead to student success [cite web | url=http://colleges.usnews.rankingsandreviews.com/usnews/edu/college/rankings/brief/acadprogs02_brief.php | title=America's Best Colleges 2008: Learning Communities| publisher=US News and World Report | accessdate=2008-03-03] ." In BGSU's residential learning communities, students with similar interests and goals live and study together. In the academically based communities students work closely with faculty members who teach classes and have offices right in the residence hall.

* The student operated, independent daily newspaper , which has been published since 1920.
* The university's independent, student operated yearbook was first published in 1918 as the Bee Gee. Publication stopped after 1918 for 6 years and in 1924 the yearbook resumed production under a new name, The KEY and was published every year since 1924 as the only comprehensive record of students, activities, and events for a given year. In 2008, the yearbook was replaced with a magazine, The Key Magazine. This is the only magazine sponsored by BGSU and fully run by BGSU students and supported by local advertising only.
* The Department of Telecommunications ran student operated, independent, non-commercial, FCC-licensed college radio station is WBGU 88.1 FM and the student operated, commercial radio station is . BGSU is also home to BG24 News, a student-run television newscast airing live at 5:30pm three days a week.
*'Bowling Green Radio News Organization (BGRNO)-BGRNO provides up-to-the minute radio news coverage Monday-Friday on WBGU-FM AND WFAL-AM. Students write, produce, and report live on the air the latest local and national news, sports and weather stories.
*Bowling Green Radio Sports Organization (BGRSO)-BGRSO broadcasts BGSU's football, hockey, men's and women's basketball, and baseball games on WBGU-FM and WFAL-AM. WBGU-FM is also the flagship station for women's basketball and hockey.

* VideoBank - Student run music video/comedy skit show.
* Mid-American Review (MAR), published through the BGSU Department of English since 1980, is nationally recognized for publishing contemporary fiction, poetry, nonfiction, and translations. Preceding MAR was Itinerary, a magazine that was established by editor Robert Early in 1972 to publish the works of BGSU's MFA students. However, the students tired of publishing nothing but their own work and suggested broadening into an international publication. Itinerary was retired in 1980 when the first issue of MAR was released. No BGSU student work is included in MAR (with the exception of occasional reviews of newly released literary titles).
* Prairie Margins is a national undergraduate literary journal published by students in the Creative Writing Program at BGSU. The annual journal features literary work by both BGSU students and undergraduate creative writers from other institutions.

Alma Mater hear us,
As we praise thy name
Make us worthy sons and daughters
Adding to thy fame.

Time will treat you kindly
Years from now you'll be
Ever dearer in our hearts,
Our University.

From the halls of ivy
To the campus scene,
Chimes ring out with gladness
For our dear Bowling Green.

When all is just a mem'ry
Of the by-gone days,
Hear our hymn dear Alma Mater
As thy name we praise.

"Words and music by Gilbert Fox"