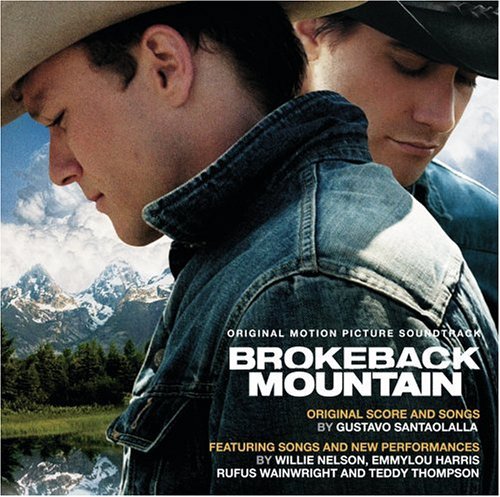 Released = ,
Recorded = 2005
Genre =
Length = 43:21
Label =
Producer =
Reviews =
* Rating|3.5|5 [http://www.allmusic.com/cg/amg.dll?p=amg&sql=10:51y67uy050jd link]
* Rating|3|5 [http://www.soundtrack.net/soundtracks/database/?id=4175 link]
Last album = The Motorcycle Diaries
(2004)
This album = Brokeback Mountain
(2005)
Next album = North Country (2005)The "Brokeback Mountain" soundtrack refers to either or both the two-hour musical soundtrack edited into the 2005 film "" and also the recorded albums of music selected from the film. Some albums have different performers substituted for those heard in the film. The entire chronological list of compositions in the two-hour soundtrack is annotated with notes about the film scenes ("see below: Complete Soundtrack listing").

"Brokeback Mountain" is the original as an audio CD, on the Verve Forecast label, of the 2005 "" starring and . The original score and s were composed and produced by . The albums shipped 300 000 units worldwide and 100 000 of them has been sold in the US. [http://new.umusic.com/News.aspx?NewsId=367]

"Brokeback Mountain" is the name of another , on the "Wonderful Music" label, of the 2005 "", with the original compositions performed, instead, by the Global Stage Orchestra. The release date of this album was , , and it has the same track listing as the Verve CD.

Since the release of the soundtrack album by Verve Records, three remixes of the track "The Wings" have been created and released by Verve on a CD-single.

Track listing for "The Wings" CD-Single

The film used a combination of original compositions and previously recorded material for background and incidental music. Much of the music used in the film does not appear on the Verve Records soundtrack CD (see above), and some of that which is on the CD is presented out of order. Here is a list of the music and music references on the film soundtrack in order of appearance in film: