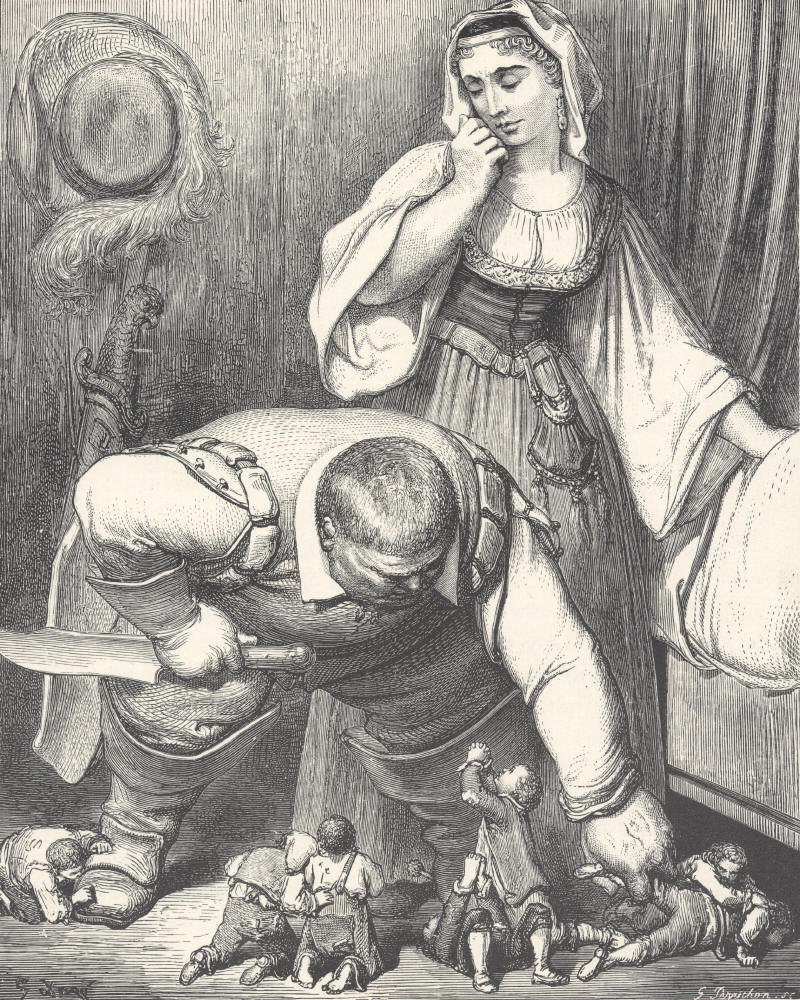 "Hop o' My Thumb" (French: "Le Petit Poucet") is a literary by (1628-1703). At the age of 67, Perrault decided to dedicate himself to his children and published "Tales and Stories of the Past with Morals" ("Histoires, ou Contes du Temps passé") (1697), with the subtitle: "Tales of Mother Goose" ("Les Contes de ma Mère l'Oye"). Other tales in Perrault's collection include "Cendrillon" ("") and "La Belle au bois dormant" (""). The publication of Perrault's "Histoires" made him suddenly widely-known beyond his own circles and marked the beginnings of a new literary genre, the fairy tale. Like Andersen's "" and the English folk hero, "", "Le Petit Poucet" is the tale of a tiny human being. included it as "Little Thumb" in "" (1889). [Andrew Lang, [http://www.surlalunefairytales.com/hopomythumb/index.html "Hop O' My Thumb"] "The Blue Fairy Book" New York: Dover, 1965]

It is Aarne-Thompson type 327B, the small boy defeats the . [Heidi Anne Heiner, [http://www.surlalunefairytales.com/hopomythumb/other.html "Tales Similar to Hop O' My Thumb"] ] This type of fairy tale, in the French oral tradition, is often combined with motifs from the type 327A, similar to ""; one such tale is "The Lost Children". [Paul Delarue, "The Borzoi Book of French Folk-Tales", p 365, Alfred A. Knopf, Inc., New York 1956]

Hop o' My Thumb (Le Petit Poucet) is the youngest of seven children in a poor woodcutter's family. His greater wisdom compensates for his smallness of size. When the children are abandoned by their parents, he finds a variety of means to save his life and the lives of his brothers. After being threatened and pursued by a giant, Poucet steals the magic "" from the sleeping giant.

*Hop o' My Thumb, his brothers, and the ogre appear in the final act of Tchaikovsky's "Sleeping Beauty Ballet".