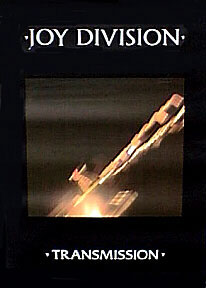 "Transmission" is a song by band , released on November 1979.

It was played on-stage in the film "", a scene in which suffers an epileptic fit.

It has been covered by . A version by will be on the War Child charity album, "Heroes", due for release. [ [http://www.musicweek.com/story.asp?sectioncode=1&storycode=1035748&c=1 Humbling response delays Heroes, by Adam Woods - musicweek.com] Retrieved October 7, 2008]