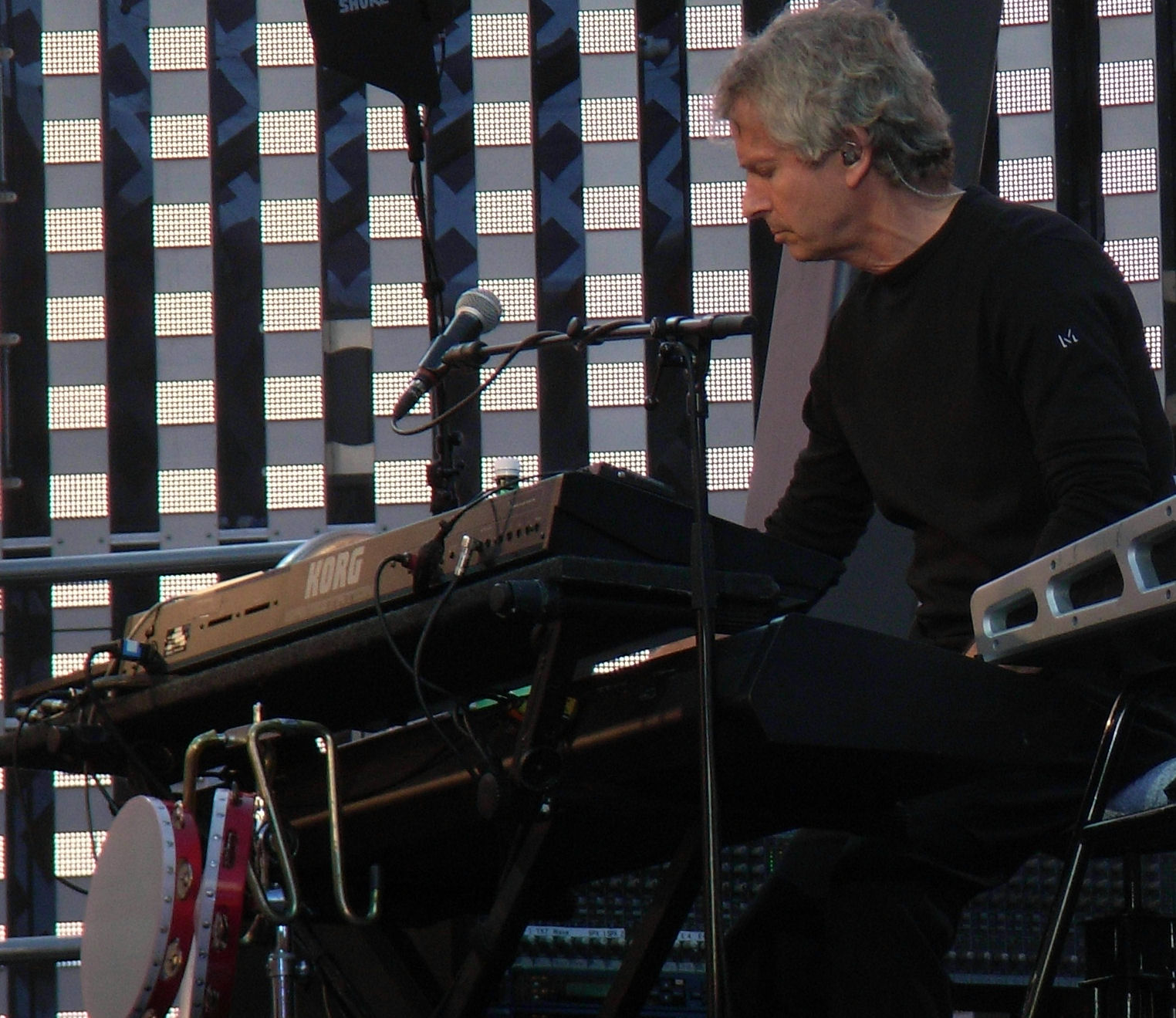 
Anthony George "Tony" Banks (born 27 March 1950) is an English , /keyboard player, and guitarist. He is one of the founding members of group Genesis and one of only two members (the other being guitarist/bassist ) to belong to Genesis throughout its entire history.

As a member of Genesis, Banks has been a pioneer in the use of , as well as in the use of many other keyboards (such as the Yamaha CP-70 and Hammond T-102). Through most of the band's history, Banks was the leading force in Genesis' songwriting; although the group was often officially responsible as a whole for the songwriting, his ideas were often the nucleus of the songs' music, and he would frequently write lyrics as well. Outside of Genesis, Banks has enjoyed a modestly successful career in the world of film scoring, and a limited solo career as well.

Banks is the most private of the Genesis members; most of what is known about his early life is from the book on Genesis by .

Banks was born in , , . He received classical training in piano, and taught himself to play guitar. He attended where he met fellow student in 1963. Banks originally planned to study mathematics in higher education, and after Charterhouse he took a leave of absence from to explore Genesis, and never returned. [Gallo]

Banks and Gabriel, together with drummer Chris Stewart, formed a band called The Garden Wall. This band merged with another called Anon, which included Mike Rutherford and . They recorded a set of demos which ultimately led to the formation of the band that became Genesis. [Gallo]

Banks's elaborate arrangements and keyboard solos &mdash; such as the piano introduction to "" and the instrumental sections of "", "", and ""&mdash; helped to establish Genesis' sound. In addition to playing keyboards, Banks contributed (along with and Mike Rutherford) to Genesis' 12-string acoustic passages in songs such as "The Musical Box", "", and the beginning part of "." Banks also was an occasional back-up vocalist and sang co-lead vocals on "Shepherd," an unreleased track from 1970 which finally surfaced on the "" boxed set.

Banks's compositions are credited to be the driving force of Genesis' music, particularly in material recorded before 1979. Notable Banks-penned Genesis songs include "Mad Man Moon," "One for the Vine", and the anthemic ballad "Afterglow," which remained a popular coda to the Banks-driven "medleys" (conglomerations of Genesis' most-popular keyboard solos) that the group played during live shows for years.

After much speculation, Genesis announced a reunion tour in 2006; when Gabriel declined to perform, it was decided by the band members that the three-person lineup would be more appropriate, and and were invited to perform. began on 11 June 2007 in Helsinki, and ended on 13 October 2007 at the

Banks pioneered many unique keyboard and synthesizer sounds throughout his career; music historian Wayne Studer has referred to him as "the most tasteful keyboardist of prog rock." [geowayne.com/favorites.htm] . One of his achievements was the technique of using the trigger output of a drum machine to have the hi-hat pattern trigger an synthesiser, creating such parts as the pulsating sound in "Mama" (on the 1983 Genesis album) and "By You" on "The Fugitive". (This effect was probably used on other songs as well, but not as notably). Another unique synth technique was used on the track "Who Dunnit?" from the 1981 album ; a was programmed with a few sounds, and the patches were switched manually (via the panel preset tabs) while he played.

Banks used a cross-hand playing style in several songs to allow himself to play faster. This is notable on "The Lamb Lies Down on Broadway" and "". He also used the cross-hand technique on "" (which can be seen briefly in the accompanying music video), "In the Cage" (as per "") and "".

Another of Banks' trademark sounds was the use of Phase 100 and Boss CE-1 effects pedals on his Hammond T-102 Tonewheel Organ from 1975 onwards, replacing the formerly used. He used this technique all the way up to Duke in 1980. On in 1981, the organ was no longer featured; organ sounds were emulated using a Prophet 10 synthesiser. The chorus and phaser pedals were also used on his RMI Electra 368 electric piano set to organ mode, in conjunction with a fuzz pedal and a Leslie speaker to create a distinctive sound.

Banks has also created some s. The movie features a score by Banks, and also key episodes of . He wrote the soundtrack to "Quicksilver", starring , the single from which was produced by . After Genesis went into hiatus in 1998, Banks continued to write. A set of (mostly) recently-composed orchestral pieces was recorded and released on the 2004 album "Seven: A Suite for Orchestra".

After the departure of Gabriel and guitarist from Genesis, Banks was the first of the three remaining members of the group to release a solo album. But unlike bandmates , who saw great solo success, and Mike Rutherford, who had a successful side career with , Banks's solo efforts usually sold only to a core audience of Genesis devotees. In 1998, fans formed a tribute band called [http://www.strictlybanks.co.uk Strictly Banks] , and performed a set of Banks's solo songs.

Apart from the album 'The Fugitive' and selected other songs, Banks has employed guest vocalists on his solo albums; these have included (amongst others) Fish, , and Jim Diamond.

While Banks' rig varied from year to year, many pieces of equipment made repeat appearances. Acoustic piano appeared on every album until 1983, although it was never brought on tour. The two other keyboard instruments most associated with Banks were the (initially a Mk II, but later an M400) and the (at first an L-122, then a T-102), which started to appear in 1970 and were used until 1978 and 1980, respectively. Other frequently used pieces of gear included a N (from 1970-76), electric grand pianos (from 1977 forward), and the (1991 forward). Banks' gear also varied from album to tour; the most notable example of this is his frequent replacement of keyboards with rack equivalents. Other instruments played by Banks include: