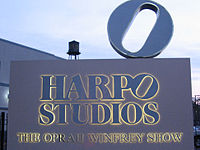 The Chicago metropolitan area (the Chicago Market) commands the third-largest media market in the United States after New York City and Los Angeles and the largest inland market.[1] All of the major U.S. television networks have subsidiaries in Chicago. WGN-TV, which is owned by the Tribune Company, is carried (with some programming differences) as "WGN America" on cable and satellite nationwide. Sun Times Media Group is also headquartered in Chicago who, along with the Tribune Company, are some the largest owners of daily newspapers in the world.

Journalists, novelists, architects, engineers, business tycoons, scientists, poets, sports teams, criminals, and millions of laborers shaped Chicago's national and international reputation. Images and representations are important means by which the city is known and negotiated. During the years of rapid urbanization 1890-1930 the numerous daily newspapers presented the most important and pervasive word versions of the city. Among the significant innovations of Chicago's newspapers in these years that shaped the idea of the city was the emergence of the local color columnist. Groeninger (2005) examines the role of columnists in Chicago newspapers in creating a "city of the mind." After a review of the literature on images of cities, the relationship of newspapers to modern city life in the thought of Robert Park, and the world of Chicago's newspapers at the turn-of-the-20th-century, detailed studies of a number of the most important columnists of the era follow. George Ade's column of the 1890s in the Daily News, "Stories of the Streets and of the Town," presented a view of Chicago from the perspective of migrants from the small towns of the Midwest. In the same decade Finley Peter Dunne's column in the Evening Post, featuring the fictional Irish barkeeper, Mr. Dooley, offered readers a literary version of the Irish working-class neighborhood of Bridgeport. Ring Lardner's Tribune sports column of the teens, "In the Wake of the News," satirized not only Chicagoans obsession with sports, but also the middle-class culture of opera, musical theater, and the newspaper itself. Several columns in the black newspaper, The Whip, offered images of Bronzeville in the 1920s that both reflected and helped shape the experience of African-Americans on the South Side of Chicago. Ben Hecht's "1001 Afternoons in Chicago" column in the Daily News expressed a new, anti-Victorian sensibility in the post-war era, but his most enduring contributions to the image of Chicago were on the stage and in the new medium of film. The columnists who wrote about everyday life in the city were the most distinctive and powerful newspaper voices in shaping the idea of Chicago and the civic personality of the city itself.[2]

There are two major daily newspapers published in Chicago, The Chicago Tribune and the Chicago Sun-Times. The former has the larger circulation. There are also a number of regional and special-interest newspapers such as the Daily Herald (Arlington Heights), Southtown Star, the Chicago Defender, Third Coast Press and the Chicago Reader.

According to Arbitron, Chicago is America's third largest radio market, trailing New York and Los Angeles. The names listed below are the actual registered names with Arbitron and are considered[according to whom?] the commonly accepted names for each station.

Although ShopNBC does have over-the-air affiliates, it is not available via broadcast television in Chicago; however, is available on Comcast on channel 164 and RCN channel 193 in the Chicago market.

While many different blogs published from Chicago could be included here those listed below have received high traffic scores from Alexa[citation needed] and/or have garnered critical praise[citation needed] and are therefore notable.[improper synthesis?]