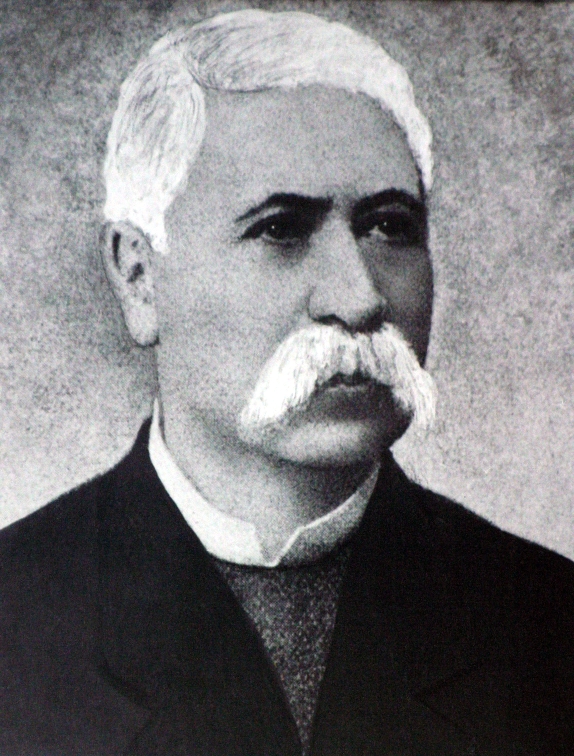 Lascăr Catargiu (November 1823 &ndash; , ) was a n conservative statesman born in . He belonged to an ancient n family, one of whose members had been banished in the 17th century by Prince , and had settled in Moldavia.

Born in , Catargiu rose to the office of prefect of police in the city under the rule of the Moldavian Prince Grigore Ghica (1849&ndash;1856). In 1857 he became a member of the "" of Moldavia, a commission elected in accordance with the Treaty of Paris (1856) to vote on the proposed union of Moldavia and Wallachia (the ). His strongly conservative views, especially on , induced the Conservatives to support him as a candidate for the Romanian throne in 1859.

During the reign of "" (1859&ndash;1866), Catargiu was one of the Opposition leaders, and received much assistance from his kinsman, (b. 1807), a noted journalist and politician, who was assassinated in Bucharest on the , . Lascăr Catargiu consequently took part in the so-called "Monstrous Coalition" that toppled Cuza, and, on the accession of "Domnitor" Carol I in May 1866, became President of the Council of Ministers but, finding himself unable to cooperate with his Liberal colleagues, and , he resigned in July.

After eight more ministerial changes, culminating in the anti-dynastic agitation of 1870&ndash;1871 (provoked by the Liberals in the context of the ; "see also "), Catargiu formed, for the first time in Romanian history, a stable Conservative cabinet, which lasted until 1876. His policy, which averted political violence and revived the popularity of the crown, was regarded as unpatriotic and by the Liberals, who resumed office in 1876; and a proposal to impeach the whole Catargiu cabinet was only withdrawn in 1878.

Catargiu remained in opposition until 1889, when he formed another cabinet, taking the portfolio of the Interior; but this administration fell after seven months. In the cabinet of March 1891 he occupied the same position, and in December be again became president of the Council, retaining office until 1895. During this period he was responsible for several important reforms, chiefly financial and commercial. He died in .