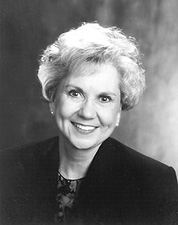 Patsy Ann "Pat" Danner (born , in ) is an American . She formerly represented the in the . She is a Democrat.

Danner grew up in and attended public schools. She graduated from "" with a BA in . Following graduation, Danner worked as district administrator to Congressman . She was appointed to a sub-cabinet position in the Carter administration.

Congressman Litton vacated his seat to run for the in 1976, and Danner filed in the race to replace him. Danner was defeated in the August 1976, Democratic primary by Morgan Maxfield, who was himself defeated in November by Republican state Representative Tom Coleman. In 1982, Danner was elected to the , and was re-elected in 1986 and 1990. In 1992, Danner successfully ran for Congress, defeating the incumbent Coleman in an upset. Danner was re-elected to the House in 1994, 1996 [http://www.sos.mo.gov/enrweb/raceresults.asp?eid=4&oid=940&arc=1] , and 1998 [http://www.sos.mo.gov/enrweb/raceresults.asp?eid=6&oid=1550&arc=1] .

In 2000, Danner announced that she would not seek re-election because she was undergoing treatment for . Her son, , a former state senator, filed to replace her. The younger Danner was narrowly defeated by [http://www.sos.mo.gov/enrweb/raceresults.asp?eid=14&oid=3990&arc=1] .