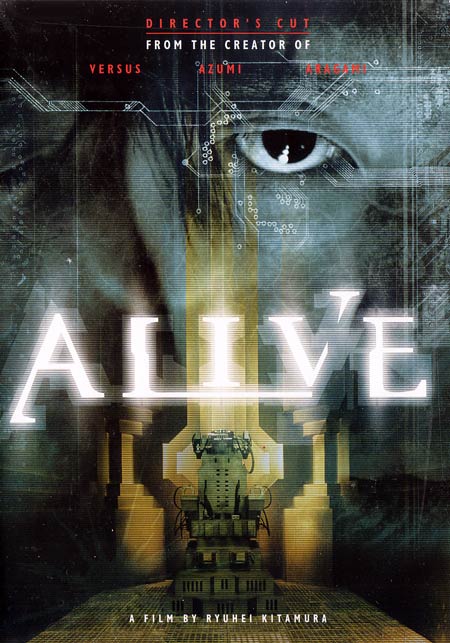 
"Alive" is a 2002 ese action/ and the fourth film by cult director . It stars Hideo Sakaki (the villain from "Versus", Kitamura's first important work) as the protagonist, Tenshu, with (the hero from "Versus") having a small role as Zeros, the villain, at the climax. This film did not manage to gain as wide a cult following due to the slow pace of the storyline and virtual lack of action compared to "Versus" (most of the movie takes place in one of two sets and dialogue is the focus); however, the director has a following and so the movie naturally has its adherents as well.

Ten cast members from "Versus" also appeared in this movie.