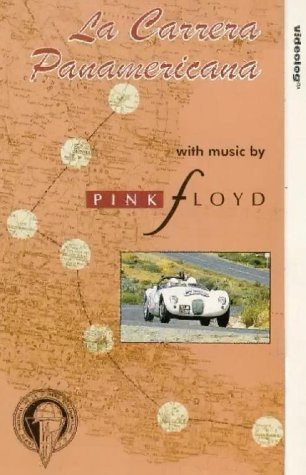 "La Carrera Panamericana" is a 1992 video of the automobile race in . The film included a soundtrack entirely of music by the band , as the band's guitarist , drummer and manager competed in the race in 1991.During the course of the race Gilmour crashed, and while he was unharmed, O'Rourke (his map-reader and Pink Floyd's manager) suffered a broken leg. Mason finished eighth overall with his co-pilot, English auto racer Valentine Lindsay.

The music is a combination of previously released Floyd material (re-edited into a soundtrack) and material composed for the video. The tracks composed for the video are the first studio recordings made after Richard Wright re-joined the band in 1988. The new studio recordings were produced by Gilmour. The songs "Pan Am Shuffle" and "Carrera Slow Blues" are notable as the first tracks co-written by Wright since 1975's "Wish You Were Here", as well as the first co-written by Mason since 1973's "The Dark Side of the Moon".

A soundtrack album was not released, but the tracks are available on the "A Tree Full Of Secrets" RoIO.