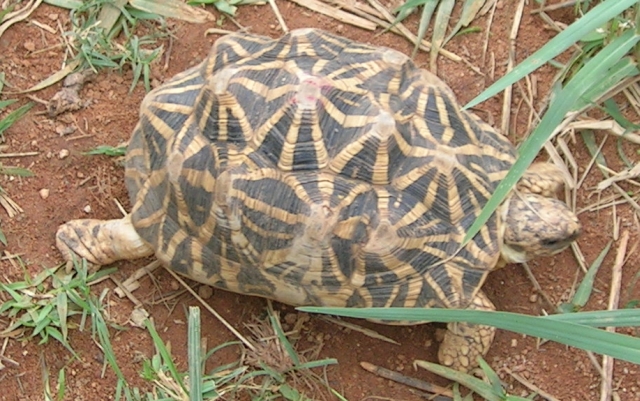 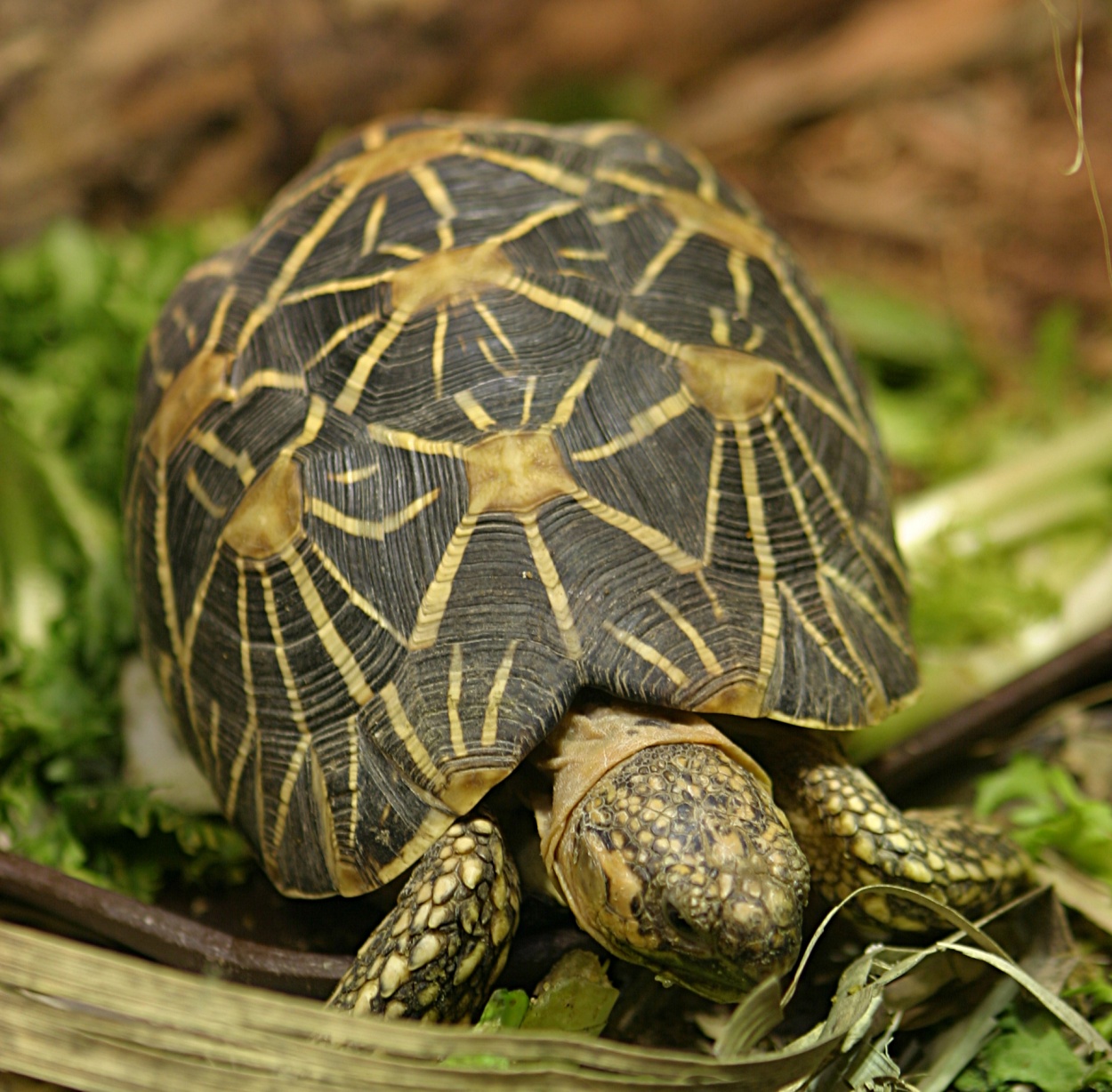 The Indian Star Tortoise ("Geochelone elegans") is a of found in dry areas and scrub forest in and . This species is quite popular in the exotic trade.

The patterning although highly contrasting is disruptive and breaks the outline of the tortoise as it sits in the shade of grass or vegetation. They are mostly herbivorous and feed on es, fallen , s and leaves of succulent plants, and will occasionally eat .

The of adult Indian Star Tortoises is quite apparent. Females are considerably larger than their male counterparts. In addition, the females is much flatter than that of the males which has a concave shape.

India (except Lower Bengal), extending west to Sind: and Ceylon.

Raising these animals in captivity is extremely difficult and should be left to those with advanced tortoise experience. They are very finicky eaters and gain weight extremely slowly. Hatchlings would rather sleep than eat and most succomb in the first months of life. A typical hatchling in the costs about $500 from a reputable dealer and you should be prepared to lose this investment if you do not have significant experience with tortoises. It is best to have a close relationship with a who has experience with tortoise care.

A large number of specimens of this species are found in the illegal wildlife trade in India. Few studies exist which have quantified wild populations and the effect of trade on them.

The shape of this creature is presumed to be specially adapted to naturally assist it to return to a stable stance after it has been turned over. Mathematicians Gábor Domokos of the and Péter Várkonyi of designed a homogenous object called that has exactly one unstable balance point and exactly one stable balance point. Just as a bottom-weighted (non-homogenous weight distribution) sphere would always return to the same upright position, they found it was possible to construct a shape that behaves the same way. After that, they noted the similarity to the Indian Star Turtle and subsequently tested 30 turtles by turning them upside down. They found that many of them were self-righting.