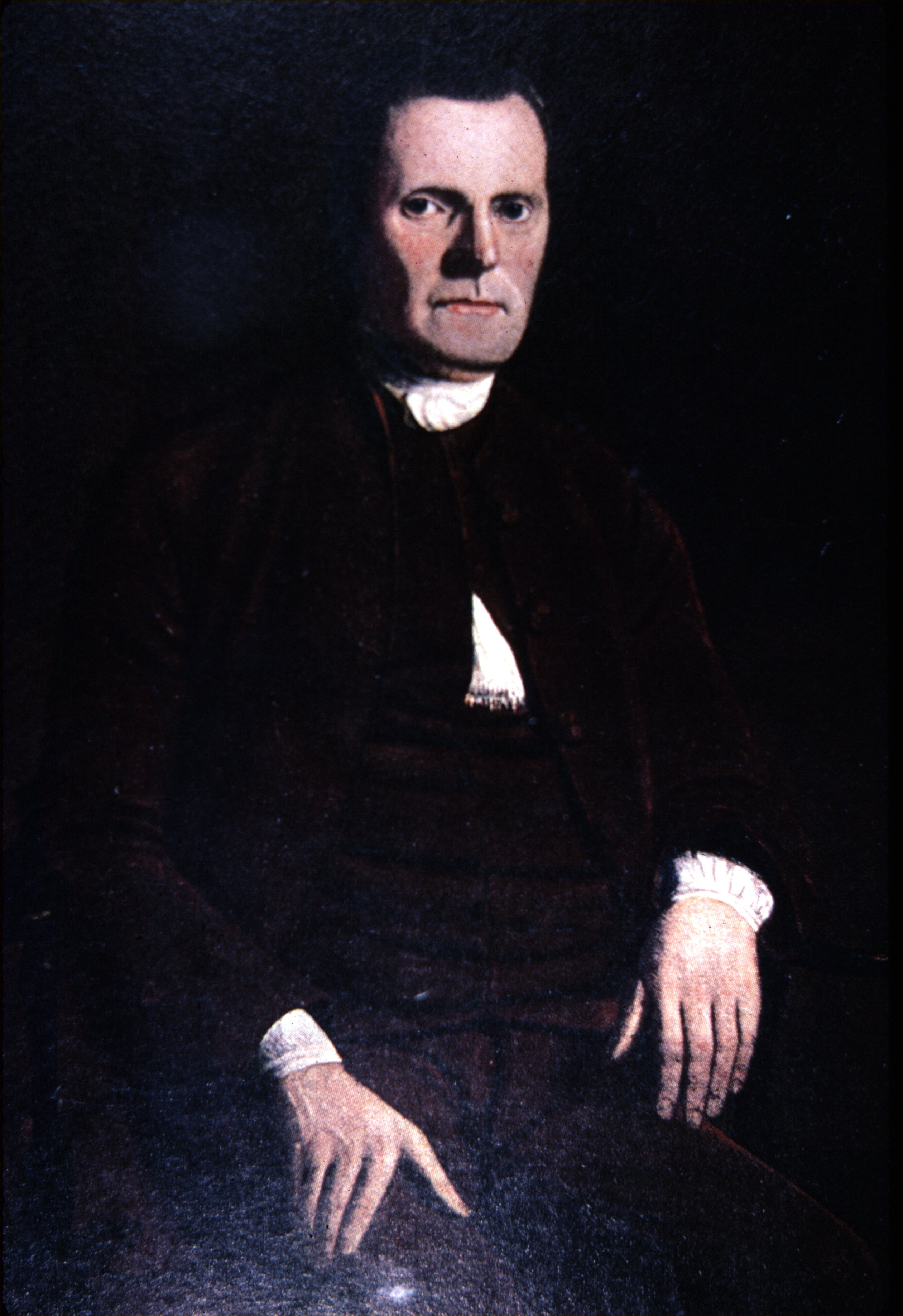 Roger Sherman (, (J.C), , (G.C.)ndash , ) was an early American and . He served as the first mayor of New Haven, , and served on the that drafted the Declaration of Independence, and was also a representative and senator in the new republic.

He was the only person to sign all four great state papers of the U.S.: the , the Declaration of Independence, the and the Constitution. [ [http://www.aoc.gov/cc/art/nsh/sherman.cfm Roger Sherman] Architect of the Capitol. Retrieved February 14, 2007. ] once said of him: "That is Mr. Sherman of Connecticut, a man who has never said a foolish thing in his life."

Sherman is also the patriarch of one of the most powerful and prolific U.S. political families, the .

Roger Sherman was born in . When he was three years old, his family moved to , a town located seventeen miles (27 km) south of Boston. Sherman's education did not extend beyond his father's library and grammar school and his early career was spent as a shoe designer but he was blessed with the ability of learning, and access to a good library owned by his father as well as a educated parish minister, Rev. Samuel Dunbar, who took him under his wing;

In 1743, after his father's death, he moved (on foot) with his mother and siblings to , where in partnership with his brother, he opened the town's first store. He very quickly introduced himself in civil and religious affairs, rapidly becoming one of the town's leading citizens and eventually town clerk of New Milford. Due to his mathematical skill he became county surveyor of in 1745, and began providing astronomical calculations for almanacs in 1748.

Despite the fact that he had no formal legal training, Sherman was urged to read for the bar exam by a local lawyer and was admitted to the Bar of in 1754, and chosen to represent New Milford in the from 1755 to 1758 and from 1760 to 1761. In 1766 he was elected to the Upper House of the Connecticut General Assembly, where he served until 1785.

He was appointed justice of the peace in 1762, judge of the court of common pleas in 1765, and justice of the Superior Court of Connecticut from 1766 to 1789, when he left to become a member of the . He was also appointed treasurer of Yale College, and awarded an honorary Master of Arts degree. He was a professor of religion for many years, and engaged in lengthy correspondences with some of the greatest theologians of the time.

In 1783 he and Richard Law were appointed to massively revise the confused and archaic Connecticut statutes, which they accomplished with great success. In 1784 he was elected , which office he held until his death. He is especially notable for being the only person to sign all four great state papers of the United States: the , the , the , and the . Only one other person, Robert Morris, signed 3 of these documents (not the ).

At the start of the in 1775 Sherman was appointed to the Connecticut Governor's Council of Safety and also commissary to the Connecticut Troops. He was elected to the in 1774 and served very actively throughout the War, earning high esteem in the eyes of his fellow delegates and serving on the that drafted the Declaration of Independence.

During the Constitutional Convention of 1787, summoned into existence to amend the , Sherman offered what came to be called the Great Compromise. In this plan, the people would be represented in the house by proportional representation in one branch of the legislature, called the House of Representatives. The states would be represented in another house called the Senate. Each state had a representative for every 30,000 people. In the upper house, on the other hand, each state was guaranteed two senators, no matter their size.

Sherman is also memorable for his stance against and his authoring of Article I Section 10 of the .

:"Mr. Wilson & Mr. Sherman moved to insert after the words "coin money" the words "nor emit bills of credit, nor make any thing but gold & silver coin a tender in payment of debts" making these prohibitions absolute, instead of making the measures allowable (as in the XIII art:) with the consent of the Legislature of the U.S. ... Mr. Sherman thought this a favorable crisis for crushing paper money. If the consent of the Legislature could authorize emissions of it, the friends of paper money would make every exertion to get into the Legislature in order to license it." [Farrand, Max, ed. The Records of the Federal Convention of 1787.]

Rogers Sherman's descendants, in the third and fourth generations and later, via the associated Baldwin, Hoar & Sherman families have been influential political participants and office holders in United States history, especially in the 19th century.

Roger Sherman was a first cousin twice removed of , inventor of the . Sherman's mother Mehitable Wellington and Whitney's great-grandmother Elizabeth Wellington were siblings. It has been suggested that both of them were descended from .

Watergate-era prosecutor , famous for his firing during the was a direct descendant of Roger Sherman.

Roger Sherman's grandson and namesake, earned his place in history as as US Senator and was one of two lawyers descended from members of the original who successfully argued for the freedom of approximately 50 men, women, and children involved in the Supreme Court case of 1841.

He is buried in the in New Haven, and his grave is the center of the city's celebrations.

Places and things named in honor of Roger Sherman

* The town of is named in honor of Roger Sherman.
* Sherman Avenue in central is named in honor of Roger Sherman. Most of the main streets in Downtown Madison are named after signers of the United States Constitution. Naturally, there is also a Sherman Avenue in New Haven, which extends into neighboring Hamden.
* The official name of the policy debate team at is the "".

There is a Sherman Street in the Windsor Terrace neighborhood of Brooklyn that is named for Roger Sherman. This was mentioned in the book Brooklyn By Name byLeonard Bernardo and Jennifer Weiss

* [http://www.colonialhall.com/sherman/sherman.php From Rev. Charles A. Goodrich, "Lives of the Signers to the Declaration of Independence", 1856]
*CongBio|S000349
* [http://www.stoughtonhistory.com History of Sherman's boyhood home of Stoughton, Massachusetts]
*Find A Grave|id=950