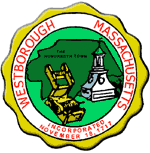 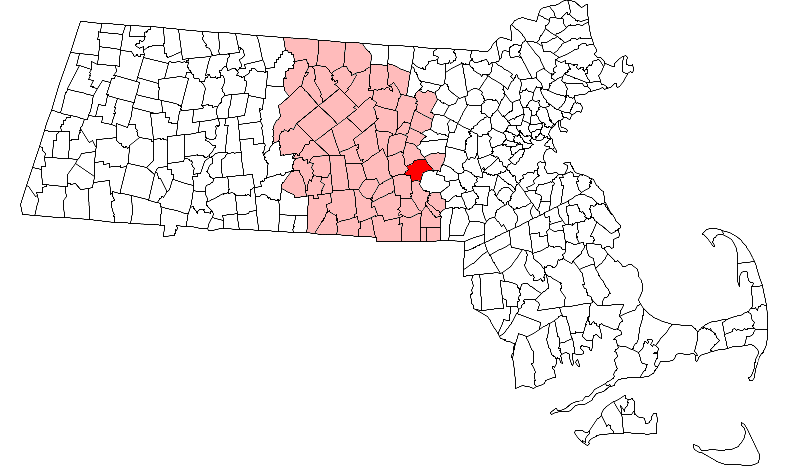 Westborough is a town in Worcester County, , . The population was 17,997 at the 2000 census. The town is governed under the system.

Before recorded time, the area now known as Westborough was a well travelled crossroads. As early as 7,000 B.C., prehistoric people in dugout canoes followed the Sudbury and Assabet Rivers to their headwaters in search of for tools and weapons. During the period from 1200-1600 A.D., seasonal migrations brought Nipmuc Indians to hunt and fish near Cedar Swamp and Lake Hoccomocco. Using Fay Mountain as a landmark, Indians crisscrossed Westborough on well worn paths: the old Connecticut Path leading west from Massachusetts Bay; the Narragansett Trail leading south, and the trail (along the present Milk Street) leading to Canada. [The section about Westborough history is based on notes titled [http://www.westborough.com/westborough_history.htm "The Hundredth Town"] , written by Kristina N. Allen, which in turn are based on her 1984 book "On the Beaten Path", with the exception of the Northborough paragraph which is based on class notes from Mr. Antonio, former principal of the Eli Whitney school who later taught Westborough history at Armstrong school before retiring.]

The early English explorer followed these trails through Westborough in 1633, and settlers in search of fertile farmlands followed not long after. By late 1675, a few families had settled near Lake Chauncy, in the "west borough" of Marlborough.

On , , Westborough was incorporated as the hundredth town in Massachusetts, populated by twenty-seven families. Soon large farms were carved out, mills built along the Assabet River and Jack Straw Brook, and taverns flourished. Westborough's first minister, Reverend Ebenezer Parkman, shepherded the growing town of colonists through the years toward independence from Great Britain. Forty-six minutemen from Westborough fought under Captain Edmund Brigham in the

In 1810 the route from Boston to Worcester was straightened and improved into an official (the present Route 9), and along its Westborough route, the Wesson Tavern Common, Forbush Tavern and Nathan Fisher's store prospered. The center of commerce shifted downtown in 1824 with the arrival of the steam train through Westborough's center. The brought a new era to the town industry: over the next century, local factories shipped boots and shoes, straw hats, sleighs, textiles, bicycles, and eventually abrasive products, across the nation. Westborough dairies supplied cities with milk and local greenhouses shipped out carnations, while the eight orchards found ready markets for their produce.

The industrial progress of the entire country is indebted to Westborough's most famous native son Eli Whitney Jr. Born in 1765, Whitney invented the in 1795 after graduating from Yale, In 1798 he introduced to the United States at his Whitney Arms Company in New Haven, . Whitney's legacy is apparent in the modern industries located within the town's borders: , Dover Electric, Proteon, , , , , the US Headquarters of National Grid USA, headquarters od and the global headquarters of .

According to the , the town has a total area of 21.6 s (56.0 ),of which, 20.5 square miles (53.1 km²) of it is land and 1.1 square miles (2.8 km²) of it is water or 5.09 percent. The average of the town is approximately 300 feet (91 m). The town contains numerous bodies of water, including Lake Chauncy, Mill Pond, Lake Hoccomocco, and the Westborough Reservoir. Lake Chauncy is open to swimming, boating, and fishing, and has a public beach open to residents of Westborough and Northborough during the summer months.

Westborough is located in Central Massachusetts, located about 29 s (47 km) west of Boston and 12 miles (19 km) east of Worcester.

There were 6,534 households out of which 38.8% had children under the age of 18 living with them, 60.6% were married couples living together, 6.4% had a female householder with no husband present, and 30.8% were non-families. 25.1% of all households were made up of individuals and 9.8% had someone living alone who was 65 years of age or older. The average household size was 2.62 and the average family size was 3.21.

The Mill Pond School is the newest school addition to Westborough. The Mill Pond School consists of grade 4 to 6, then Gibbons Middle School which consists of grades 7 and 8, and then Westborough High School. There are various options depending upon residents' geographic location in the town for preschool through third grade. Graduation rates in the high school are consistently above 95% and the vast majority of these graduates attend a four-year college.

Westborough receives an extremely low education reimbursement from the Commonwealth (10th from the bottom) based upon a formula which was set in 1993. The district is working with state legislators to attempt to re-formulate Chapter 70 funding so that it is more equitable. [ [http://westborough.ma.schoolwebpages.com/education/components/scrapbook/default.php?sectionid=1 Westborough Public Schools website] ]

The Town of Westborough is located at the strategic intersection of the () and Interstate 495, making it easily accessible from all directions, and providing an ideal location for both residents and businesses.

Route 30 (Main Street) and Route 135 (South Street/Milk Street) intersect in a rotary at the town's center, while Route 9 runs nearby serving much of the town's commerce.

Growing traffic problems on Route 30 (Main Street) have recently become a major issue in town. There have recently been many construction projects to ease the traffic congestion downtown. The Bay State Commons shopping area has recently opened, and people say that traffic is even worse when commuters are heading west after a workday.

Westborough is served by a commuter rail station on the